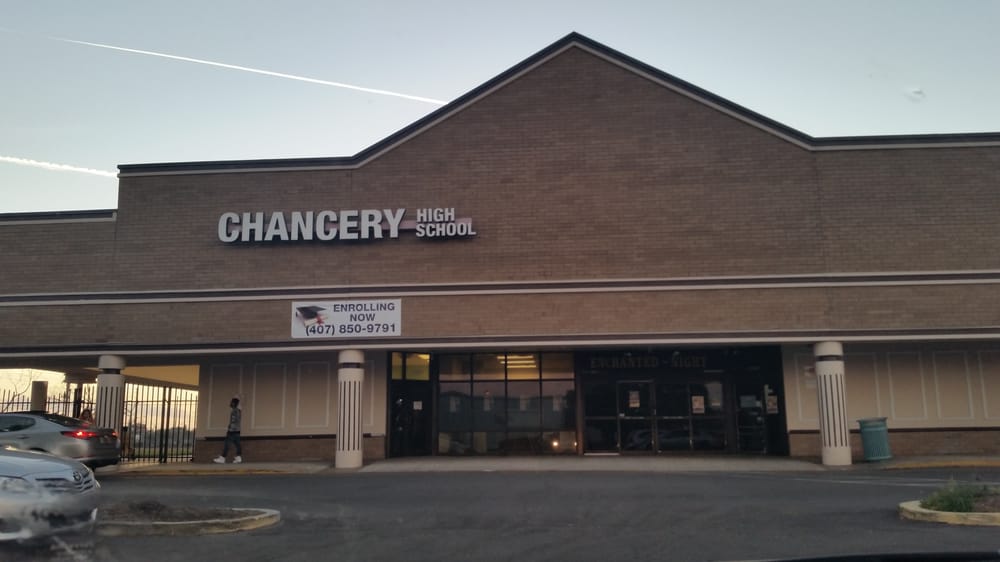 Estefania Rivera enrolled in her zoned public high school as the new girl, but the bullying became too much for her to handle.

Merciless in their torment, the other kids “mobbed and harassed” her every day. It reached the point where Rivera didn’t want to go to school anymore.

“I had no friends,” she said. “So, they thought there was something wrong with me.”

So, Rivera just quit going to school. When the bus came, she’d wait outside. When her parents were gone, she’d just go back inside and watch TV and do “anything except school.”  She eventually just dropped out.

Eventually, she realized she must do something to continue her education; a year later she went back to her high school and tried to re-enroll. But Rivera was too far behind in her studies to graduate within a reasonable amount of time in a traditional high school setting.

That was where Chancery High School comes in. Chancery is one of several charter schools operated by Accelerated Learning Solutions (ALS), which is hired by nonprofit boards to run dropout prevention and recovery charter schools.

At Chancery, students who have fallen behind in Orange County public schools can work at their own pace with the assistance of certified teachers. The school is set up for students who, for whatever reason, have fallen so far behind in studies a chance to complete their education.

Coming to Chancery, students voluntarily sign agreement consent for enrollment; parents must sign off as well if the child is under 18.

The bulk of students enrolling are around 18 years old, have typically fallen 4 to 5 years behind grade level in reading and math and have far-below-average GPAs and number of course credits.

Forty-nine percent of the student body at ALS schools in Orange County are pregnant, parenting or responsible for the care of a sibling(s); 44 percent have part-time or full-time jobs to help support themselves or their families.

Angela Whitford-Narine, president of Chancery and other regional schools under the ALS banner, says the school’s ethos is that not every student learns at the same pace. ALS schools offer flexible schedules that help meet student’s needs, she said.

“It’s 100 percent symbiotic with the authorizing school district,” Whitford-Narine said. “Education is not one-size-fits-all. Some students need something different.”

Whitford-Narine boasts that her principals and staff know every student’s name. As she walked the halls and inspected various classrooms — each full of students quietly and diligently learning on computers — she spoke to students personally, using a casual, friendly manner. They all responded in kind.

Rivera said for her, the system works better — she’s not bullied anymore and her attendance is up. She feels better, also, when working at her own pace.

“The kids are mature here,” she said. “There is no bullying.”

After graduation, Rivera wants to attend a technical school and study nursing or veterinary studies.

Chancery strives to make life easier for those students whose life circumstances don’t allow them the free time to finish their high school education as normal. Whitford-Narine said some of her students are single parents, while others need to care for a sick or disabled parent or a younger sibling.

Some, Whitford-Narine added, can’t make it to school on time because they must wait until siblings get on the bus to go to school, since no one else in the family is available.

Briuna Glover, 18, is the mother of a two-year-old girl; she found Chancery to be a refreshing alternative to balance completing her education with raising a daughter. She’s a member of the schools parenting assistance program, and the school’s flexible schedule allows her to get up and take care of her daughter in the morning, then go to school in the afternoon.

“She’s not a morning person,” Glover said of her daughter. “She doesn’t like to get up so early.”

While Glover attends school, her daughter is at a nearby day care with the childcare fees paid for as part of the parenting program offered at Chancery.

For others, Chancery is simply a better option.

Maria Benenche, 19, didn’t have a dramatic life circumstance preventing her from going to school. She just wasn’t engaged at her previous school.

“I didn’t take school seriously,” she said. “I had a lot of friends. It was hard to concentrate.”

A health problem forced her to miss a significant portion of her junior year. When she came back, the best option for her instead was Chancery.

And the different opportunities offered there, such as more one-on-one time with instructors, have helped her be more interested in learning.

“Regular school classes are 45 minutes,” she said. “There’s no time to take in what you learned. I didn’t retain much. Now if I need help, I can have one-on-one time with a teacher. My friends and family have told me I’m more serious and more determined since I came here.”

When she finishes, she says she wants to go to college to study photography — preferably somewhere on the coast.