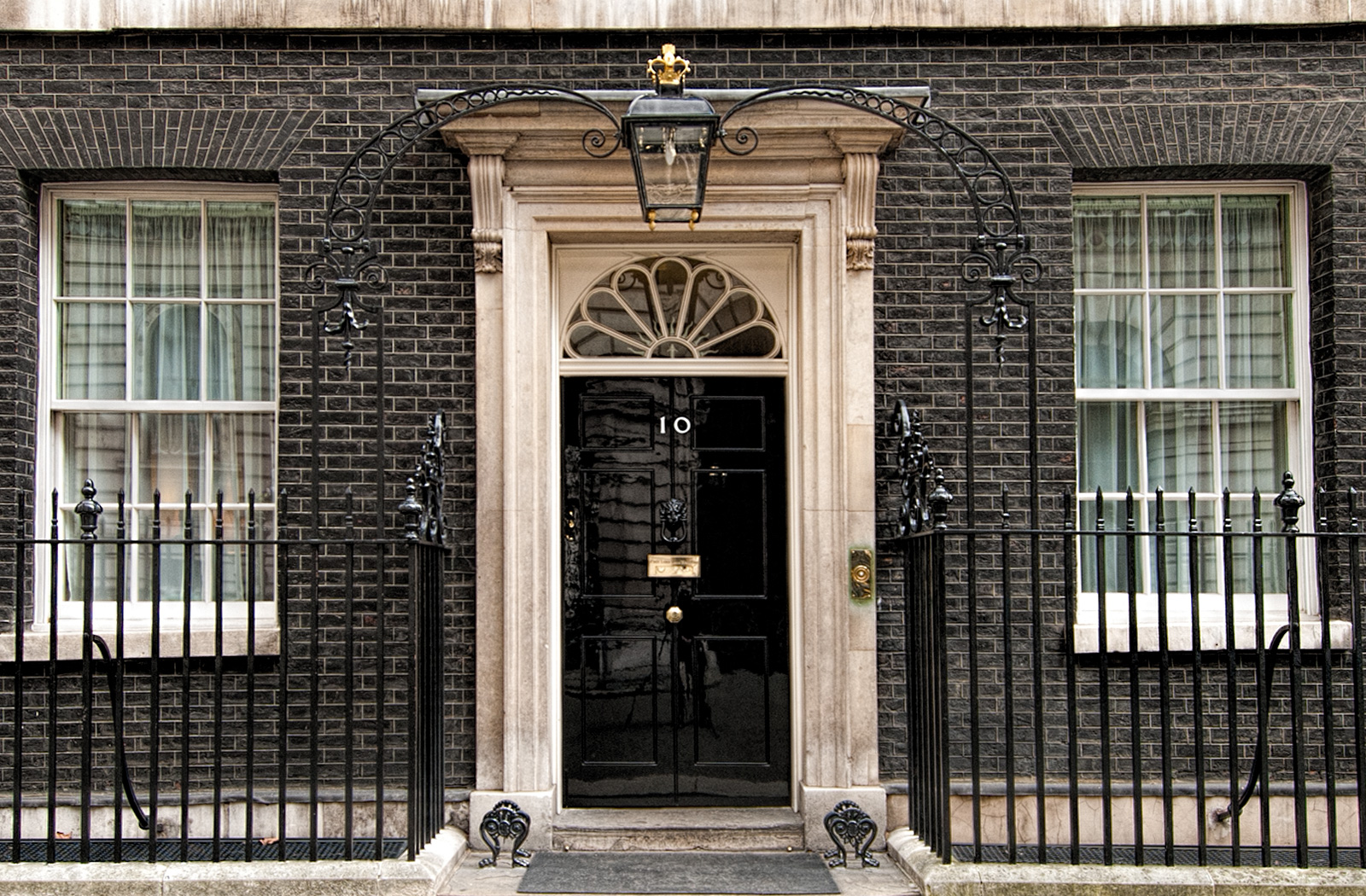 Late in the campaign, the New Yorker satirist Andy Borowitz wrote that Queen Elizabeth II was offering to take the colonies back, suggesting that Americans dissatisfied with their options should just write in her name for president.

It doesn’t seem quite as funny now as it did then.

Let’s imagine, though, that we are still part of the British Empire, and that Donald Trump has moved to London and is now Prime Minister.

Imagine him waddling into the House of Commons to face that jolly good British ordeal known as Prime Minister’s Questions.

Imagine him trying to explain to the MPs and to the world on television, why he discussed a North Korean missile launch in full view and earshot of a dining room full of swells without security clearances. Imagine the barrage of questions from the opposition over why he kept a national security adviser for weeks after he was warned that the Kremlin had blackmail on the man who, he knew also, had lied about it.

Imagine him melting down under the jeers from their benches, if not also from his own side. Compared to the Commons, Saturday Night Live is gentle.

Had he been the British P.M., it might not have gotten even that far. There would have been a no-confidence vote once it became plain that he and his family were in it for the boodle rather than for the nation “Buy Ivanka’s stuff?” Really?

Or perhaps his network of Russian connections would have brought him down first.

In 1963, the British regarded minister of war, John Profumo, was forced to resign after admitting that he had lied to colleagues in denying an affair with a call girl who was also sleeping with a Russian naval attaché and spy. The scandal helped to bring down the Harold Macmillan government a year later.

What’s hardest to imagine, of course, is that Trump would have become prime minister in the first place.

In the British parliamentary system, someone like him could never get near 10 Downing Street, except perhaps as a guest, with staff assigned to carefully watch the silver.

Although Britain has no written constitution or law requiring that the prime minister be a member of the Commons, tradition demands it. There hasn’t been a PM who wasn’t since Lord Home was appointed in 1963, and even he quickly resigned his peerage so that he could be elected to the Commons. It is also assumed that the PM will be the leader of his or her party in the Commons.

Nigel Farage, the British politician most like Trump, has failed five times to win a seat in Parliament.

It’s theoretically possible for either of the major party conferences to elect a leader who isn’t a member of Parliament, but in practical terms it’s impossible. Labour Party rules, a friend in Britain tells me, require any candidate for party leader to be nominated by 35 of the party’s MPs. As for the Conservative Party, someone like Trump simply wouldn’t be their cup of tea.

As all the government ministers are drawn from the Parliament — Britain has only two branches of government — the members are particular about who leads them. The judgments of these leaders are questioned frequently and fiercely, but their basic competence is assumed.

Our Founders departed from the British model for good reasons. But is it possible that the mother country still has some lessons in governance to teach us?

We can’t require—and we shouldn’t– that our presidents have Congressional experience. Barely half—25 of 45—have fit that bill. But the parties could—and should—require by rule a certain number of endorsements from Congress to become a nominee for president.

—They don’t elect judges. (In fact, almost no one else does.)  Theirs are chosen strictly for professionalism, deportment and experience.

—Their election campaigns are measured in weeks, not years. Spending is limited strictly.

—All of their election districts are drawn by professionals and approved by entities called Boundary Commissions. That’s not to say there are no games played from time to time, but they don’t have anything like the gerrymandering scandals that betray our belief in democracy.

—There are very few political positions jobs at the highest levels of their government. Ministers come and go, but civil servants run most things.

—The most attractive example is the regular grilling that the Prime Minister must endure in the House of Commons and before the nation.

As in Britain, American Cabinet officers are frequently before legislative committees, but the president himself almost never is. The last time—the only occasion in modern times—was in October 1974, when President Gerald R. Ford voluntarily appeared before a House subcommittee to answer questions about his pardon of his resigned predecessor, Richard Nixon.

As it is, we’re likely to have a major showdown soon over executive privilege. That’s the claim made by presidents of both parties that their Cabinet officers and other appointees should not have to tell Congress what advice they give the boss. There’s nothing in the Constitution about that, so the line between talk and action has never been drawn. If the Senate is serious about probing Trump’s Russian connections, that showdown must come.

Meanwhile, can we cheer ourselves up with a rousing chorus of “God save the Queen?” We already know the tune.

nextKennedy Space Center back in launch business — this time for business