Democratic lawmaker David Richardson appears to be getting his Enterprise Florida wish from his conservative House colleagues.

The Miami Beach state rep won’t be getting a grant from the taxpayer-supported economic incentive organization; rather he’ll soon have a chance to help abolish it.

“I have very little good to say about Enterprise Florida and the way it has been conducted in the past,” Richardson said during the committee meeting, echoing sentiments from the organization’s toughest critics.

But after recounting several issues, such as the public-private partnership’s 90-10 taxpayer-to-private funding ratio, poor performance and a cash “slush fund” used to purchase furniture and pay for travel, Richardson voted against cutting Enterprise Florida.

He disagreed with the proposed funding reduction on Visit Florida, so said he had no other choice but to cast a dissenting vote because the two organizations were packaged together.

“But if you pull out Enterprise Florida … I’d be happy to kill it for you,” he said.

Richardson, Cruz and other Democrats will have an opportunity to vote with their GOP counterparts, perhaps by late next week.

HB 7005 is scheduled to be split Monday in the House Rules and Policy Committee. All references to Visit Florida will be moved to a new bill, HB 9, and the remaining language would eliminate Enterprise Florida, as well as the Office of Film and Entertainment and 22 other incentive programs.

The formal legislative session begins Tuesday, and House lawmakers could schedule floor votes on both bills before the end of the week.

Gov. Rick Scott, a Republican, is vehemently opposed to eliminating Enterprise Florida and reducing funding for Visit Florida. Scott wants $85 million and $76 million for the taxpayer-supported organizations, respectively, this year.

Corcoran and Scott released dueling videos last week in an attempt to build public support for their positions. Corcoran’s message, Session is Coming, focuses on ridding the legislature of “corporate welfare,” while Scott’s Fighting for Florida Jobs features business leaders and economic development officials touting the benefits of public assistance. 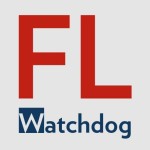 William Patrick is Watchdog.org’s Florida reporter. His work has been featured on Fox News and the Drudge Report, among other national sites. He’s also been cited and reposted by numerous statewide news organizations. Patrick can be reached at wpatrick@watchdog.org.