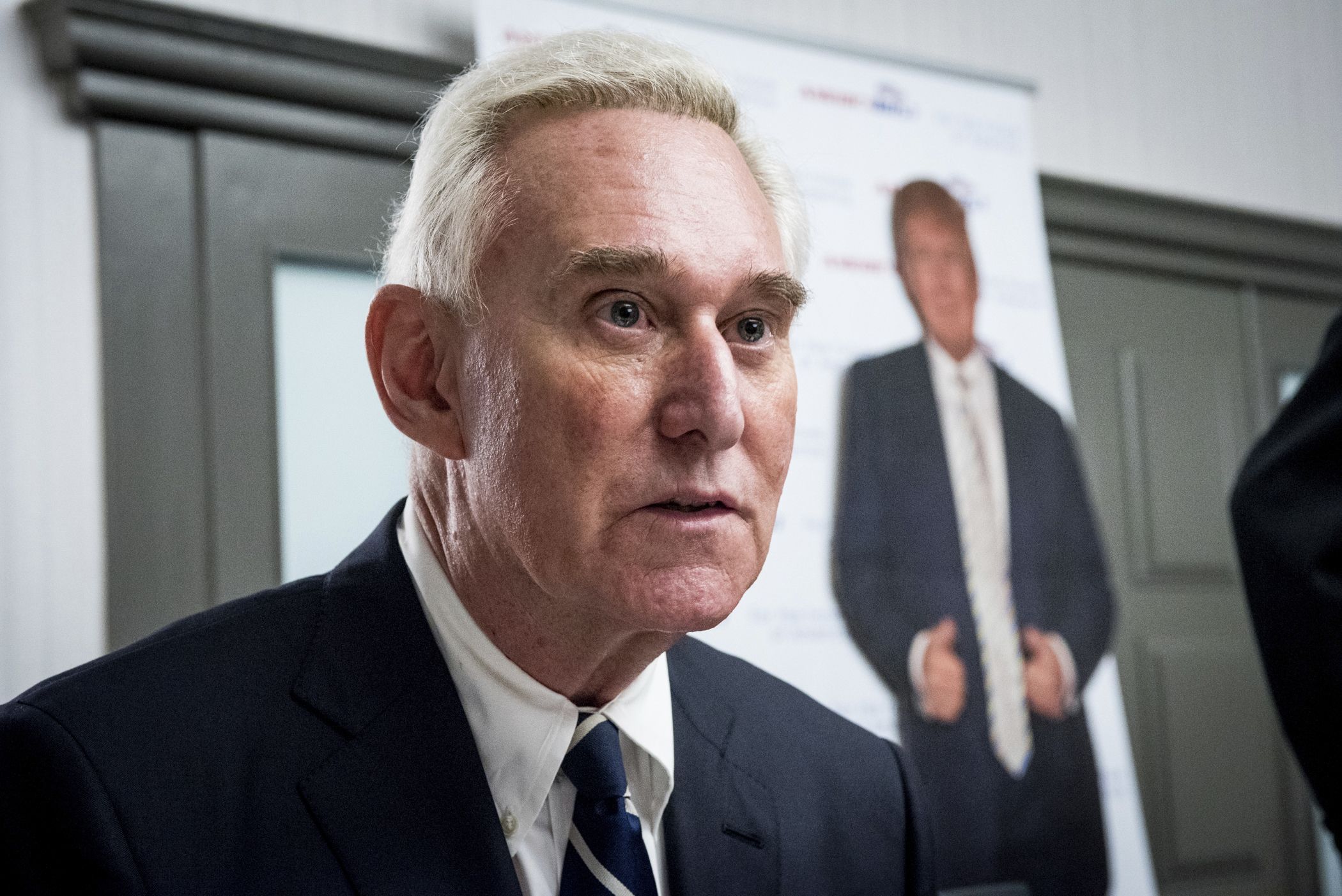 Republican strategist Roger Stone said Thursday that jurors may think he’s “the devil” but he still expects to beat a defamation lawsuit accusing him of circulating a mailer calling a political candidate a sexual predator.

The civil trial in New York was set to start Thursday but was postponed until at least August.

Stone, a longtime Donald Trump adviser who cut his teeth in politics playing tricks on opponents of President Richard Nixon, said he looks forward to testifying — and he also hopes to testify before congressional committees investigating alleged Russian meddling in the 2016 presidential election.

He said he wants to testify before the House Intelligence Committee because ranking Democrat Adam Schiff, of California, “maligned” him by accusing him of predicting the hacking of Hillary Clinton campaign manager John Podesta‘s email account.

“He slimed me in public, and I’d like to have an opportunity to defend myself in public,” Stone said.

The defamation suit accuses Stone and two others of sending a flyer to 150,000 New York households during the state’s 2010 election that called the Libertarian Party candidate for governor, Warren Redlich, a “sick twisted pervert.”

Stone predicted Thursday that he would prevail in the end because Redlich has “presented no evidence but a wild conspiracy theory.” He acknowledged, however, that a jury drawn from heavily Democratic Manhattan could present a challenge.

“We would obviously attempt to get a balanced jury but it’s Manhattan,” he said. “The pool is 80 percent Democratic. And I recognize that to some Democrats I’m the devil. That’s just the way it goes.”

Stone did not appear for trial Wednesday, when it was initially scheduled to start. His lawyer, Benjamin Burge, told the judge Stone was busy complying with a notice from the U.S. Senate intelligence committee asking him to preserve any documents that might be related to its investigation into alleged Russian interference in the presidential election.

When both sides appeared Thursday, the judge postponed the trial to give lawyers more time to go over exhibits and prepare their cases.

Stone has said he communicated with Guccifer 2.0, the shadowy hacker credited with breaking into the Democratic National Committee’s email servers. But he has denied that he worked with Russian officials to influence the presidential election.

He said Thursday that complying with the Senate Intelligence Committee’s notice is time-consuming because he has “multiple email addresses and boxes” but he wants to cooperate with both the Senate and House intelligence committees.

Redlich’s lawsuit claims that Stone and his accomplices were responsible for the defamatory flyer. The mailing, which included Redlich’s photo and the header “Sexual Predator Alert,” said: “This man constitutes a public danger.” And it warned: “If you see this man in your neighborhood, CALL THE POLICE!”

It purported to come from an organization called People for a Safer New York.

At the time, Stone was advising two other candidates for governor: Kristin Davis, a former madam of a prostitution ring, and the Republican nominee, Carl Paladino. Redlich also is suing Paladino and his former campaign manager, Michael Caputo.

Redlich, who is representing himself at the trial, and is seeking unspecified damages, charged Wednesday that Stone’s failure to appear was part of a defense strategy to prolong what should be a speedy trial.

But Redlich agreed Thursday to postpone the trial, saying the delay would give him more time to prepare.

Stone, 64, got his start in politics working for Nixon, where he developed a reputation as someone who specialized in campaign trickery and spreading dirt on opponents.