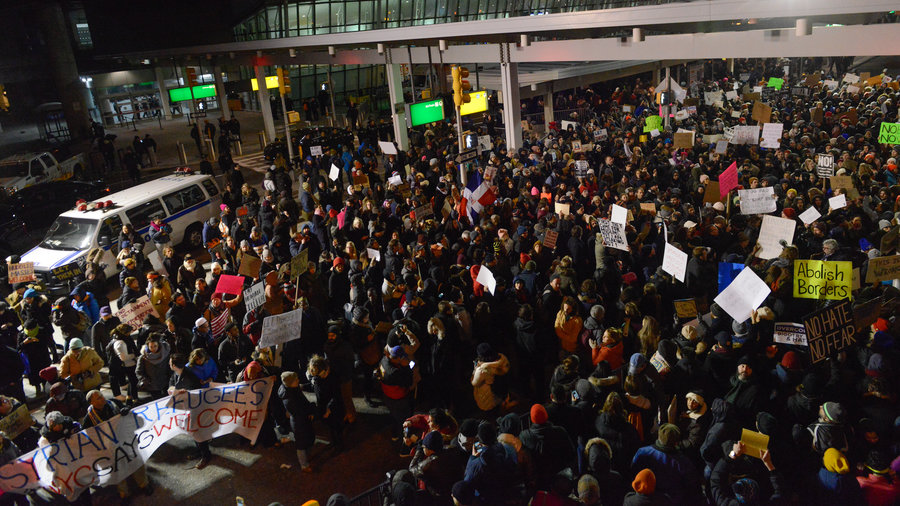 “The public deserves to know how the cruel and poorly-executed Muslim ban was being implemented in Florida and across the country,” stated ACLU of Florida Legal Director, Nancy Abudu. “Customs and Border Protection cannot pretend that these requests for public information don’t exist.”

The ACLU says they first sought the information through FOIA requests sent February 2 to Customs and Border Protection but says the government has not “substantively” responded. Hence the lawsuit.

The action in Florida is one of 13 such lawsuits that the ACLU filed Wednesday. Others were given in Atlanta, Baltimore, Boston, Chicago, Detroit, Houston, Los Angeles, Miami, Portland, San Diego, San Francisco, Seattle and Tucson.

Sarasota attorney Andrea Flynn Mogensen and Miami attorney Brian Tannebaum is filing the ACLU of Florida’s lawsuit. The lawsuit seeks unique and local information regarding how Customs and Border Protection implemented the executive orders at specific airports and ports of entry.

Two central Florida families, one Syrian and one Iranian, were detained for approximately six hours at Orlando International Airport during the weekend that the travel ban took place, January 27-29.

In Miami and Tampa, no direct flights were scheduled from any of the countries listed in the original 90-day ban: Iraq, Iran, Syria, Sudan, Libya, Somalia and Yemen.