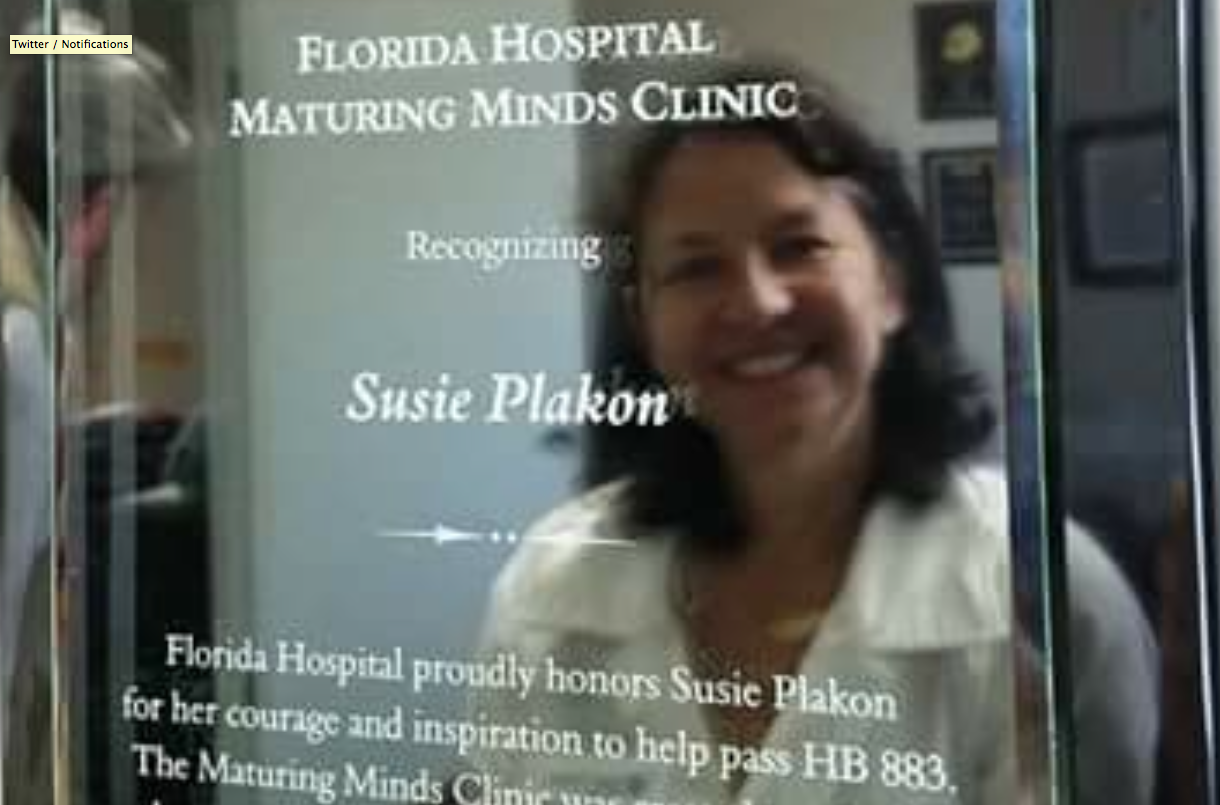 Susie Plakon, wife of state Rep. Scott Plakon, was honored Thursday for inspiring HB 883 for the creation of a memory disorder clinic at Florida Hospital – a victory for a woman who is herself battling Alzheimer’s Disease.

The Florida-based hospital unveiled a  plaque Thursday declaring, “Florida Hospital proudly honors Susie Plakon for her courage and inspiration to help pass HB 883. The Maturing Minds Clinic was created to address the growing need for care of individuals suffering from Alzheimer’s and Dementia.”

“That was a really nice moment this morning,” said Scott Plakon, a Republican from Altamonte Springs.

Scott Plakon, a Republican from Altamonte Springs, publicly announced last summer that his wife of 32 years was suffering from Alzheimer’s disease.

HB 883, which establishes the 16th memory disorder clinic in Florida, was approved 119 to 0 in the Florida House and 35 to 0 in the Florida Senate. Plakon and Republican state Rep. Mike Miller of Winter Park sponsored it, and it had a list of bipartisan cosponsors, including Republican state Reps. Bob Cortes of Altamonte Spring and Larry Metz of Yalhala, and Democratic state Reps. Amy Mercado of Orlando and Matt Willhite of Wellington. Republican State Sen. David Simmons of Longwood sponsored a Senate version.

Plakon spoke of his wife being an inspiration to his colleagues.

“Even though her words are becoming fewer, her voice is still being heard,” Scott Plakon said.