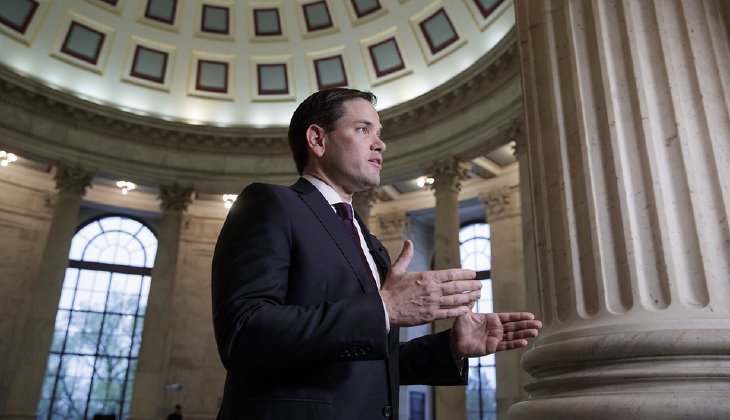 A bipartisan bill to reform the Department of Veterans of Affairs by allowing the secretary to dismiss bad employees is headed to the U.S. House, after clearing the Senate on a voice vote this week.

Sponsored by Sen. Marco Rubio, the Department of Veterans Affairs (VA) Accountability and Whistleblower Protection Act gives the VA secretary the authority to fire and demote employees. It also adds protections for whistleblowers, by prohibiting the secretary from using his or her authority to fire employees who filed a complaint with the Office of Special Counsel.

Rubio said he was “incredibly pleased that (his) Senate colleagues … passed the VA Accountability and Whistleblower Act.”

“It’s bipartisan and what it basically does is it’s now going to give the VA secretary the power to fire and dismiss bad employees and also to protect whistleblowers who come forward,” he said in a prepared statement earlier this week. “We’ve been working hard on this for years. Today is a great day. I can’t wait to get it to the president’s desk.”

The bill had significant bipartisan support, including from Sen. Bill Nelson, who signed on as one of 39 co-sponsors.

“The brave men and women who have served our country deserve the very best care our nation can give them,” said Nelson during a speech on the floor before the vote. “This bipartisan bill will help improve the quality of care our veterans receive by reforming the Department of Veterans Affairs.”

The measure comes more than three years after a 2014 scandal at the Phoenix VA medical center, where some veterans died while waiting months for an appointment. VA employees created secret lists to cover up delays.

The VA has been plagued by years of problems, and critics complain that too few employees are punished for malfeasance. The bill lowers the burden of proof needed to fire employees — from a “preponderance” to “substantial evidence,” allowing a dismissal even if most evidence is in a worker’s favor.

The American Federation of Government Employees, the largest federal employee union, opposed the bill. But the measure was viewed as more in balance with workers’ rights than a version passed by the House in March, mostly along party lines.

The House could vote on the Senate passed version of the bill next week.