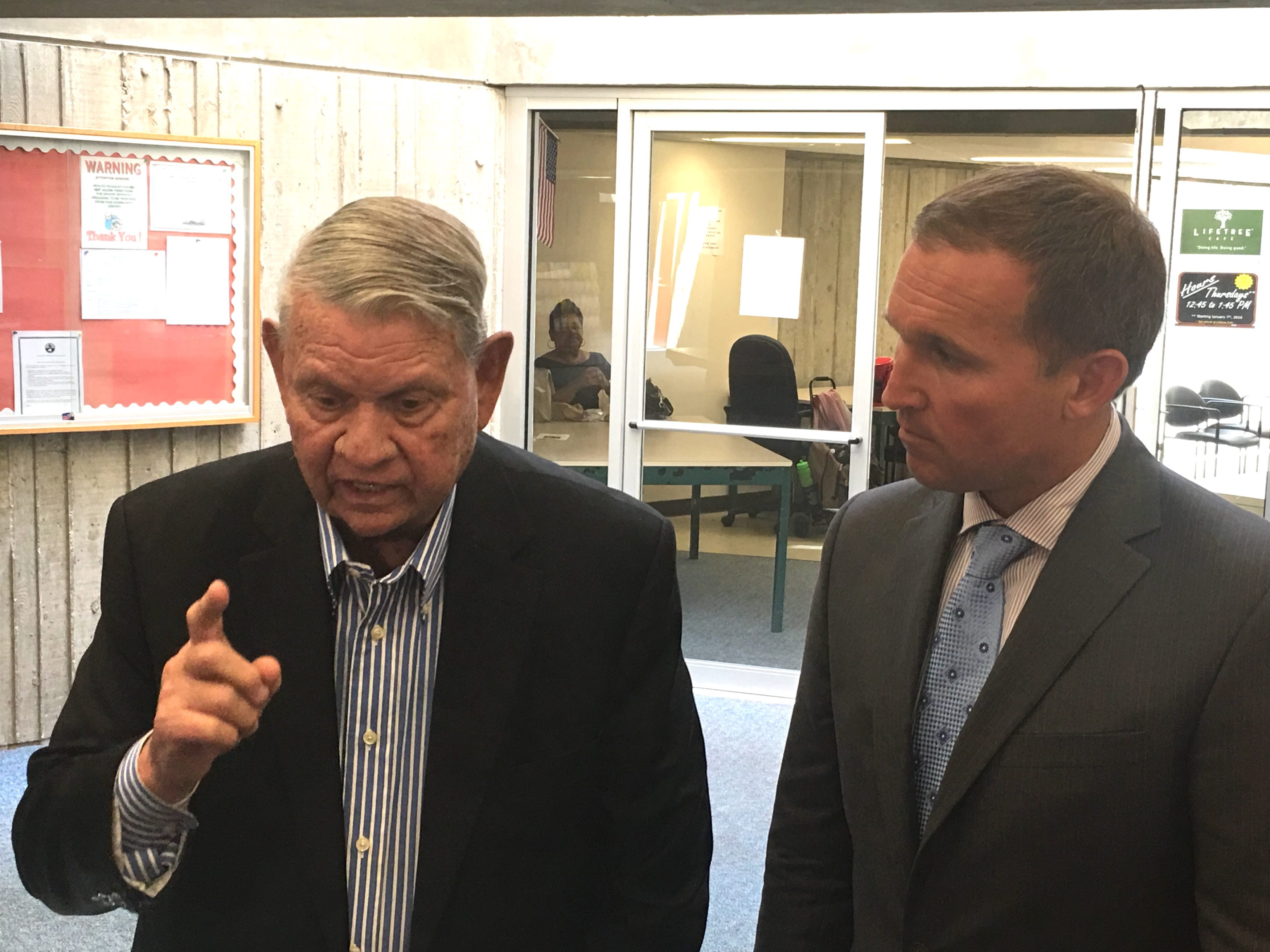 Last Thursday night, a former Jacksonville mayor gave his blessing to a power move from the current mayor.

Jake Godbold’s remarks, delivered to the Jacksonville Historical Society, validated current Mayor Lenny Curry in ways that need to be fully appreciated before they hit the memory hole.

Curry told the Florida Times-Union editorial board that he was “prepared to take the Landing… I’m prepared for the city to have it and to begin in a very public way determining what its best and highest use is … We’ve got a plan internally to put the screws and keep pushing this.”

Curry has an ally: former Mayor Jake Godbold, who noted Thursday night that “we built the Landing” and he doesn’t “like it to think it was sold to some guy who built strip malls.”

“Take it back,” Godbold said. “Let’s do something about it.”

While that was the big news item to come out of the Godbold remarks, his historical perspective is worth noting also, as Godbold — whose personal history is intertwined with the development of Jacksonville into a modern city itself — discussed the “strong mayor” model, upon which Jacksonville is predicated.

When Godbold took over from Hans Tanzler, he quickly reacted to a lack of public works action during the Tanzler era. Road projects, for example, were almost non-existent.

Godbold and his initiatives — the Riverwalk and the Landing among them — were controversial in their time. Yet, for Jacksonville to grow into the city it is today, Godbold had to be what he called a “powerful mayor.”

When Godbold came in, the plainspoken Northsider was not Chamber enough for some. By the end, though, everyone kissed his ring.

Not bad for someone who didn’t want to be Mayor.

As opposed to Godbold, who first assumed the Mayor’s Office after Tanzler resigned to run for Governor, Curry definitely wanted to be Mayor — and spent years planning the run before jumping in to his first campaign.

Curry was helped, of course, by the donor class — and especially by Peter Rummell, who told the Florida Times-Union that Alvin Brown had “wimped out,” ahead of Curry entering the race.

Curry was elected, and quickly made some changes — among them, reconfiguring city boards and commissions with people who reflected his philosophy. And infrastructure projects, ranging from septic tank removal to stadium improvements, that would actually put the city on the move. And, of course, pension reform — closing the defined benefit plans to new hires, securing money for paydown down the road, and stopping the bleeding before an FY 18 hit that would have been cataclysmic.

There are many differences between Godbold and Curry. But a major similarity: an understanding of the Mayor’s Office as one that puts the city on the move. And that is, ultimately, the “strong mayor” model.