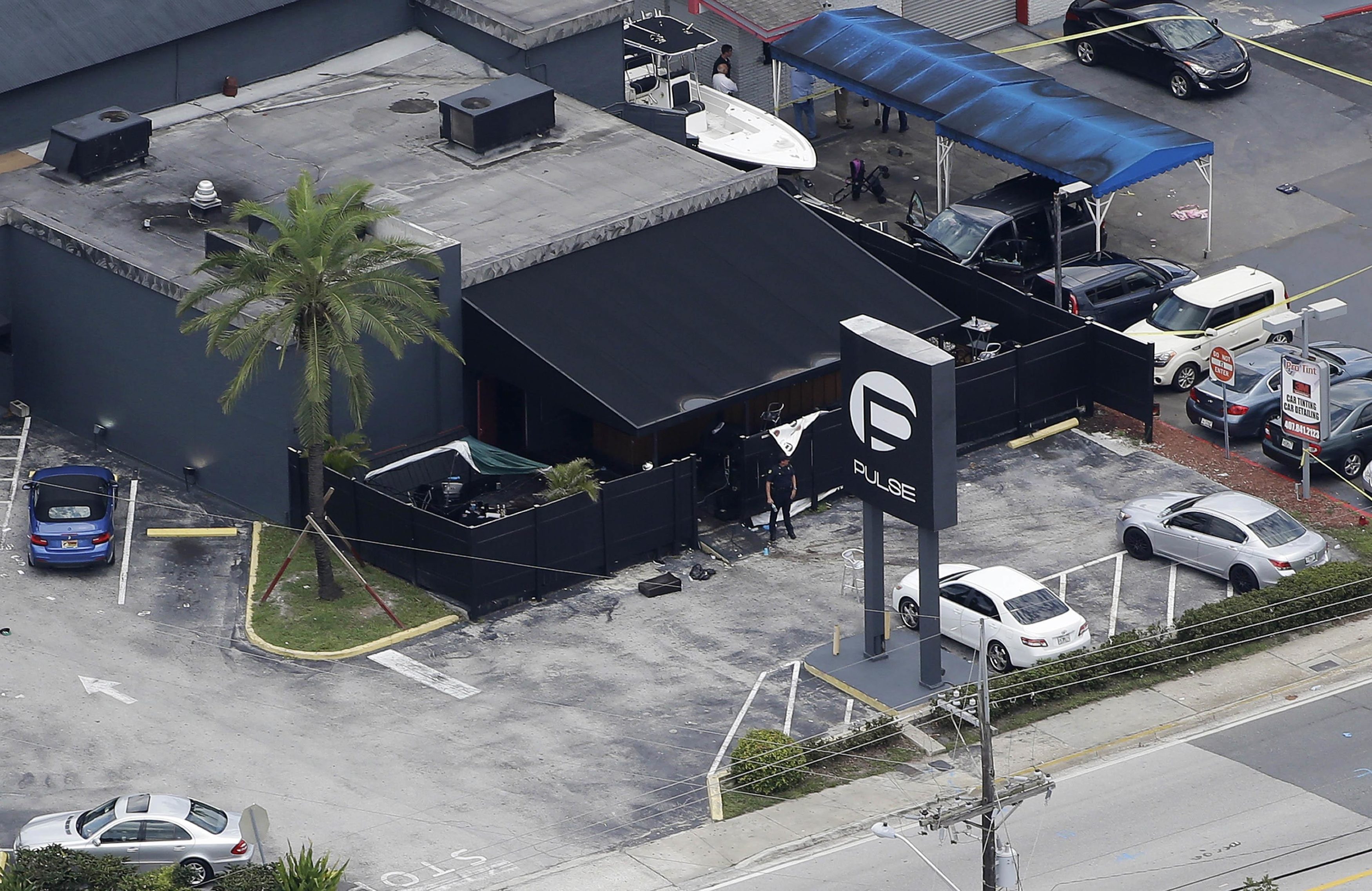 The National Sheriffs’ Association also told their stories of heroism and valor performing under extraordinary circumstances, saving dozens of lives and helping kill the Pulse murderer.

The stories of Martin, Knight and Westerberg in helping save victims of the horrific Pulse nightclub massacre on June 12, 2016, and of engaging gunman Omar Mateen in a gun battle that led to his death, showed three very different roles in that astonishing tragedy. They jointly received the National Sheriffs’ Association’s Deputy of the Year for Valor Award.

“Deputies Westerberg, Knight and Martin embody what this award was created to recognize,” NSA Executive Director Jonathan Thompson stated in a news release. “They demonstrated to the world that day what it means to be a Deputy and their bravery and resourcefulness is unmatched.”

Here is how the National Sheriffs’ Association told their stories in a press release:

For Martin: “The Orlando Police Department requested emergency backup at the Pulse nightclub. Being close by, Deputy Martin immediately responded and upon arrival saw people running out of the club and heard gunshots inside.

“After being advised that there were victims inside, Deputy Martin entered the club to assist in evacuating patrons and injured victims outside for medical attention. By making continuous trips inside, it is estimated he assisted at minimum 20 injured victims to safety.

“As an Orange County Sheriff’s Office K9 handler, he also recognized the volume of resources coming to the scene and began to coordinate the arrival of numerous K9 handlers with the staging officer on duty. Deputy Martin’s quick response saved many lives. This is the kind of diligence to duty he performs in all tasks assigned to him. He displayed an exceptional level of bravery and courage by risking his life for the protection of others.”

For Knight: “On June 11-12, 2016, members of the Reserve Unit were working a crime control detail. After completing two 12-hour shifts in this detail, the Orlando Police Department issued an ‘officer needs assistance – shots fired’ call, and several reserves responded to downtown Orlando. As the tragic events of the Pulse Night Club shooting unraveled, Sergeant Knight and two other reserves were among the earliest first responders to arrive.

“Sgt. Knight reported that during his code three response to the location, he received numerous updates indicating an escalating ‘active shooter’ situation. When he arrived on the scene, he placed his marked patrol vehicle in a strategic location, and then took up a position with an OPD officer.

“After an assessment of the scene, he realized that the inner perimeter was well covered and there was an immediate need to extricate victims from the club to the triage area. He responded to the club and assisted other officers in carrying out several victims, returning several times to the active scene with the shooter still inside. When the SWAT team had neutralized the suspect, Sgt. Knight then assisted in evacuating hostages to the hospital.”

For Westerberg: “The Orange County Sheriff’s Office Hazardous Devices Team was called to assist the Orlando Police Department when an active shooter indicated he had an explosive vest on and a vehicle full of explosives. Upon arriving, members of the team responded without delay and began to set up. Sergeant Westerberg and members of this team were briefed by the OPD SWAT commander and successfully initiated the order.

“With the help of the ram on the Bearcat, two holes were pushed inside the building and Sergeant Westerberg and the team immediately began assisting victims out of the holes and leading them to safety.

“While assisting the victims, the suspect came out and began firing at officers and deputies through the hole. Sergeant Westerberg and members of the Hazardous Device and OPD SWAT team returned fire, killing the suspect. After confirming the suspect was deceased, they entered the building to search for victims and assisted the wounded to safety. Sergeant Westerberg’s heroic actions went above the call of duty and saved the lives of several victims. He risked his safety to assist the wounded out to safety. When the suspect began firing, he responded without hesitation.”

Bonetti received the the association’s National Deputy of the Year Award for Merit, for his actions in a 2014 fire, in which he saved the life of the suspect.

“Deputy Bonetti quick response saved the life of the man he was going to apprehend which is exactly what this award was created to honor,” Thompson stated in the release.

Here is how the NSA described the events: On Dec. 31, 2014, Deputy Bonetti responded to a call regarding a violation of domestic violence injunction. The suspect had been served with an injunction and was prohibited from returning to the residence until the case was resolved. When Deputy Bonetti arrived on the scene, he and his Sergeant approached the side of the residence and attempted to make verbal contact with the suspect.

“As they approached a window, they could smell the odor of gasoline and observed the suspect start a fire. Working with other deputies, and at the risk of his personal safety, Deputy Bonetti ran into the fully engulfed home, grabbed the suspect and pulled him from the burning home to safety, saving his life. “

nextCarol Dover: Thank you, Florida leaders, for your hospitality