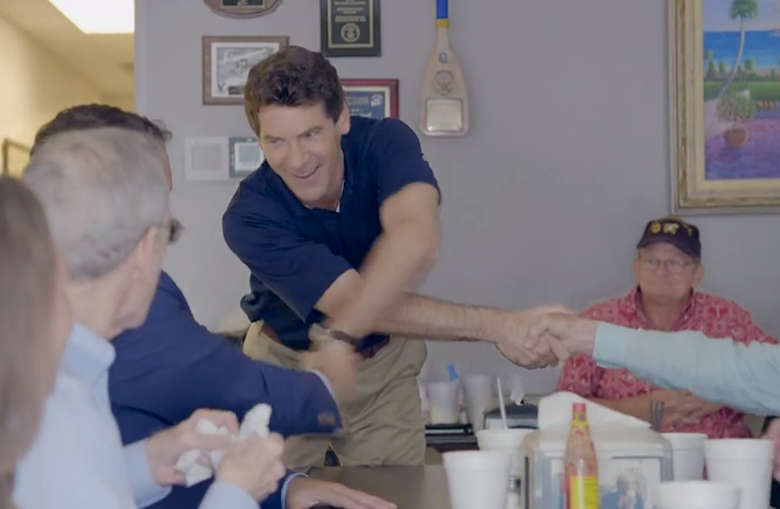 As those in the political game are acutely aware, fundraising is the oxygen that sustains campaigns.

June for Northeast Florida legislators and committees was no exception — virtually everyone in the region did some fundraising, and all of that was in a certain context — one that makes it possible to ascertain the success or failure of their efforts.

In that context, here’s how the money is shaping up for Northeast Florida politicians.

Jay Fant is in trouble: It took Rep. Jay Fant until late Monday — hours before the deadline — to file his numbers. And that’s usually not a great sign, as his campaign for the GOP nomination for Attorney General seems to lack the buy-in from the donor class that opponent Ashley Moody has.

Between her political committee and her campaign account, Moody raised $603,000 in her first month in the race — a number that puts her way ahead of Fant, who brought in just under $70,000 in June.

All told, Moody holds nearly a 3-to-1 cash on hand advantage, and enjoys quiet support from Northeast Florida heavyweights, none of whom are inclined to come out for Fant.

The question most are asking: when does Fant declare victory, get out, and file for re-election to the Florida House? And if he does this, will he face a challenge anyway?

Between Fischer’s campaign account and the account for his political committee, “Conservative Solutions for Jacksonville,” Fischer brought in almost $55,000 for his 2018 re-election effort.

He likely won’t face a primary challenge; if he did, however, he’d have whatever resources he needed to hold his seat.

Yarborough, noted for a grassroots approach to campaigning, has continued his successful outreach to the business community and the donor class — which wasn’t a sure thing a year ago.

Yarborough brought in $22,375 in June — by far, his biggest haul since filing for re-election months back.

Most Northeast Florida incumbents took it easy: One of the great things about gerrymandering and the Jacksonville area’s State Senate and House seats is that, once you win the invariably cutthroat primary, the hard part is over.

So there weren’t a lot of eyepopping June totals.

Sen. Audrey Gibson, slated to face a write-in candidate next November, brought in $7,450, pushing herself over $51,000 on hand.

Davis’ colleague in HD 14, Kim Daniels, seeded her account with $100 — and so far, that’s it for Daniels, who has no real worries, given her charisma, name ID, unique ability to work across party lines, and willingness to self-finance what are largely billboards and grassroots campaigns.

Again: safe seats, all of these, and no real urgency to raise money to defend them.

“Build Something That Lasts,” the committee of Jacksonville Mayor Lenny Curry, brought in $110,000 in June.

Meanwhile, questions have been raised about what one Jacksonville consultant calls the “weak launch” of Sheriff Mike Williams‘ ” A Safe Jacksonville” committee, after a second lackluster month of fundraising.

Locals only: Perhaps the most impressive month of any Jacksonville-area candidate came from former Florida Ethics Commission head Matt Carlucci, who kicked off his 2019 campaign for the Jacksonville City Council in June.

Carlucci, a former Jacksonville City Council President who seeks a return to the legislative body, hauled in $60,000 in June.

To put that number in perspective: even the strongest fundraisers in the 2015 races for City Council couldn’t get appreciably past a quarter-million dollars raised.

While it’s unrealistic to expect Carlucci to string together $60,000 months, the bankroll is a warning to anyone who decides to get in the race to replace Greg Anderson  — the incumbent in that seat, who himself cut a check to Carlucci.

previousJohn Tobia's Puerto Rico anti-statehood resolution dies in Brevard, then he gets grilled

nextSunburn for 7.12.17 – Why not Matt Gaetz?; Trouble at the RPOF; Ron DeSantis' newest mega-donor; B-CU prez steps down; Is Jamie Grant pro-duel?