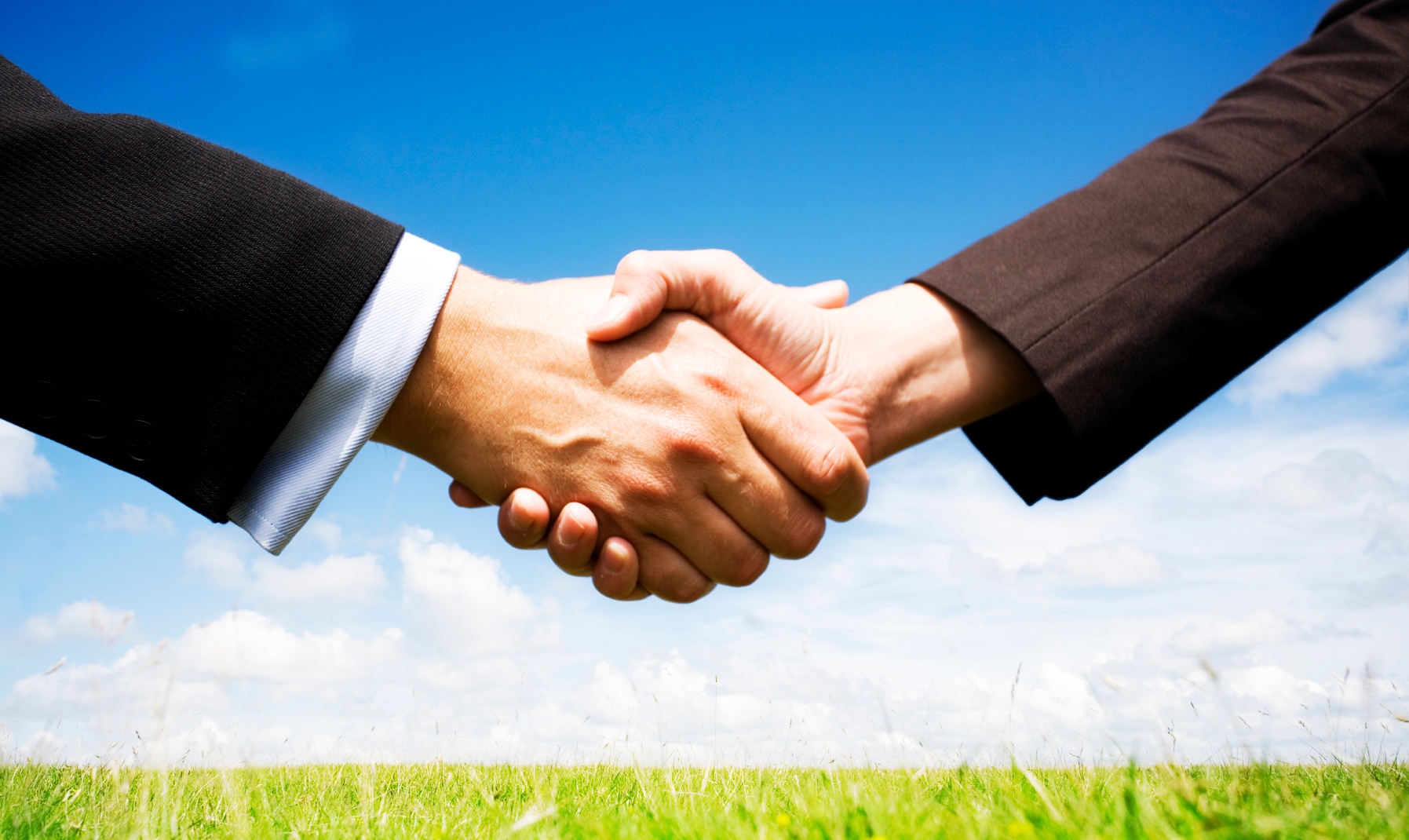 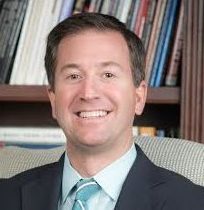 Make no mistake. Our country is divided. There is anger. It is palpable. No one side is fully to blame. The anger exists on all sides. Sadly, the most divisive areas of American life today are now in politics and religion. But it doesn’t stop there. We now live in an age where we can choose almost everything — the neighborhood we want to live in, the television shows & cable news shows we watch, who we follow on Twitter and what news we want to (or don’t want to) see in our Facebook newsfeed. When we divide along these lines, we are culturally segregating ourselves, often by choice.

Many times, even the thought or sight of seeing or hearing from someone with an opinion we don’t share, perhaps one we vehemently oppose, makes us so sick we can’t be in their presence. So, we isolate ourselves. We congregate among those we feel “safe” with. Many of us laugh at those who need “safe spaces,” but let’s face it: most of us cling to our safe spaces these days.

The battle lines were formed decades ago and have only gotten worse. We have become tribal. When “our guy” is in office, we’ll defend whatever he or she does. When a person on the “other” side is in office, we’re quicker to attack whatever he or she does. And then we fight with our friends, family and neighbors about it. We can’t even stand to be near one another. And what’s worse? If we dare to sit down or be friends with someone who we disagree with, some of our friends, family, or neighbors question what we are doing: How dare you associate with that person?

On some college campuses, some speakers are not invited, shouted down, protested against, or in some cases violence has even broken out. Just for having another opinion. This madness seems to be getting worse. Recently I read an article by my colleague at National Review Institute, David French, that details all that I am getting at here. His article, “We’re Not in a Civil War, but We Are Drifting Toward Cultural Divorce,” demonstrates how we are sorting ourselves apart, rather than tolerating the differences we might have.

Since reading this article a few months ago (and having the privilege to hear David talk about this issue many times over) I have been thinking a lot about this. As he points out, the very idea of America is built on free speech and free association. We have the First Amendment to protect speech we don’t agree with. And the government can protect that speech all day long (as the courts pretty much always do). But what happens when social pressure makes people conform to stay quiet? What happens when we just avoid people we disagree with? Or avoid uncomfortable conversations because we just don’t want to start an argument?

What happens is this: we interact with people with other viewpoints less and thus, over time, we lose an understanding of one another. And I believe that’s what’s happened in this country. It’s easy to demonize someone you don’t actually know. Or to put down an opinion when you don’t actually understand why someone might hold it.

In his 2012 book, Coming Apart, Charles Murray details a similar phenomenon of America’s coming apart in a different way: more along economic lines. His book details the recent formation of American classes that are different from anything we’ve ever known in this country and specifically documents the creation of a very narrow elite that has diverged so far from the rest of the American mainstream, they rarely have any shared values or understanding of one another. And because that elite is typically wealthier, more educated and yes, more liberal (but not always so), they tend to look down on the rest of America, like snobs. But they have no reason to do so. They don’t even have any interaction with where most people live and work and the cultural activities they take part in. And, on the flip side, sometimes the poor and economically impoverished participate in a “group think” mentality as well.

So … with all this being said, I think it’s time that we, as Americans, take up a movement that finally says: we can all get along. We don’t have to agree with one another, but we can tolerate one another.

Recently, I got together with someone I disagree with. I’m a conservative. She’s a progressive. We are both very passionate about what we believe. I’m pro-life. She works for Planned Parenthood. We actually met through a leadership program we were both a part of this year called Connect Florida (a program of Leadership Florida). It brings people of all different backgrounds together. Our class represents a very diverse group of Floridians among many ethnicities, geographic regions, political opinions and professions. It’s not a blue-collar group. It’s a group of under-40 leaders of companies, nonprofits, and people who work in government, public policy, and engage in other entrepreneurial and philanthropic activities. Through a highly contentious election year, we were able to have fruitful conversations to advance ideas and networks with a shared passion to make the future of our state better.

Through some of our experiences, we didn’t always agree. And that’s where one of my classmates and I decided to recently meet up over a morning beverage to discuss the very thing we disagreed about. We never debated. We had a conversation. I asked her why she believed the way she did on the issue. And when she was done, I explained why I felt the way I did. We disagree on many issues, you can be sure. But we came there together to discuss one issue. We left knowing that both of us actually had very good, thoughtful reasons to hold the opinion we had. I don’t think either of us came there trying to persuade the other on the issue.

After we were done, I told her: In such a divided country if someone from National Review Institute and Planned Parenthood can come together to have a peaceful, thoughtful, friendly discussion about a contentious issue like this that we are both very passionate about, there’s no reason everyone in the country can’t do the same. She agreed. I then said to her: I believe you and I are in a unique position to foster such a movement if we do so together. She then said something to me I won’t forget: “Sometimes even just admitting that you won’t agree on everything is very powerful.” I couldn’t agree more. It is. She’s not the first friend I disagree with that I’ve sat down with on an issue (as I do this more often than even I realize), but it was the first time I’ve had the ideas of David French and Charles Murray in my head. Six months into Trump’s America, there’s a lot of anger on all sides. And yet, here we were, coming together to have a civil conversation about something we disagree about.

So … I took to social media and posted a photo of she and I after we met. I posted the #ComingTogether with a bold statement: “I want to encourage everyone to start a trend. Have a civil conversation with someone you disagree with and post it with #ComingTogether tag.” Within 24 hours, I saw dozens of people use the tag after they sat down with someone they disagreed with.

But I want this to take off even more. So, below are my suggested guidelines. Wouldn’t it be cool if this reached the same level that the #IceBucketChallenge did a few years ago? If it did, I think we’d have a real movement and this country would really start #ComingTogether again, to show the world that in a free society, we can live peacefully with those we disagree with. No matter what you think about the Constitution, abortion, gay marriage, how high our taxes should be, who should provide health care, or which lives matter more than others, the truly unique thing about America is that we can tolerate those with other opinions. That’s part of our unalienable rights. And that’s the very thing we need to restore in this country: the ability to disagree and be OK with that.

— Invite someone you disagree with to have a civil conversation about something you disagree about. I suggest doing this over a beverage or meal.

— At the beginning of the conversation, come to an early understanding that you are not there to persuade or debate. Admitting that you won’t agree on everything is very powerful.

— Allow one person to ask the other why they feel the way they do on the issue at hand. Feel free to ask questions for further understanding. They can be challenging questions, but should be asked with a view toward understanding not toward being disagreeable. Once they have completed sharing their full viewpoint, the other person should then explain why they feel the way they do. And then the conversation should continue.

— You’ll know when the time is right to bring the conversation in for a landing. It’s important to not dive off into many different subjects, even though some issues might understandably involve multiple subjects, but try to stay focused on a singular topic as much as possible.

— When the conversation is over, take a photo together and share it on social media with the #ComingTogether tag and tag your conversation partner.

— Afterward, spend some time reflecting on your conversation. What did you learn? Do you have a different feeling or perspective toward that person? Toward their viewpoint? Maybe you do. Maybe you don’t. But the final question you should ask is: Can I live with the fact that they have a different view? And, do I value their freedom to have that view?

Francisco Gonzalez is Director of Philanthropy of the National Review Institute.