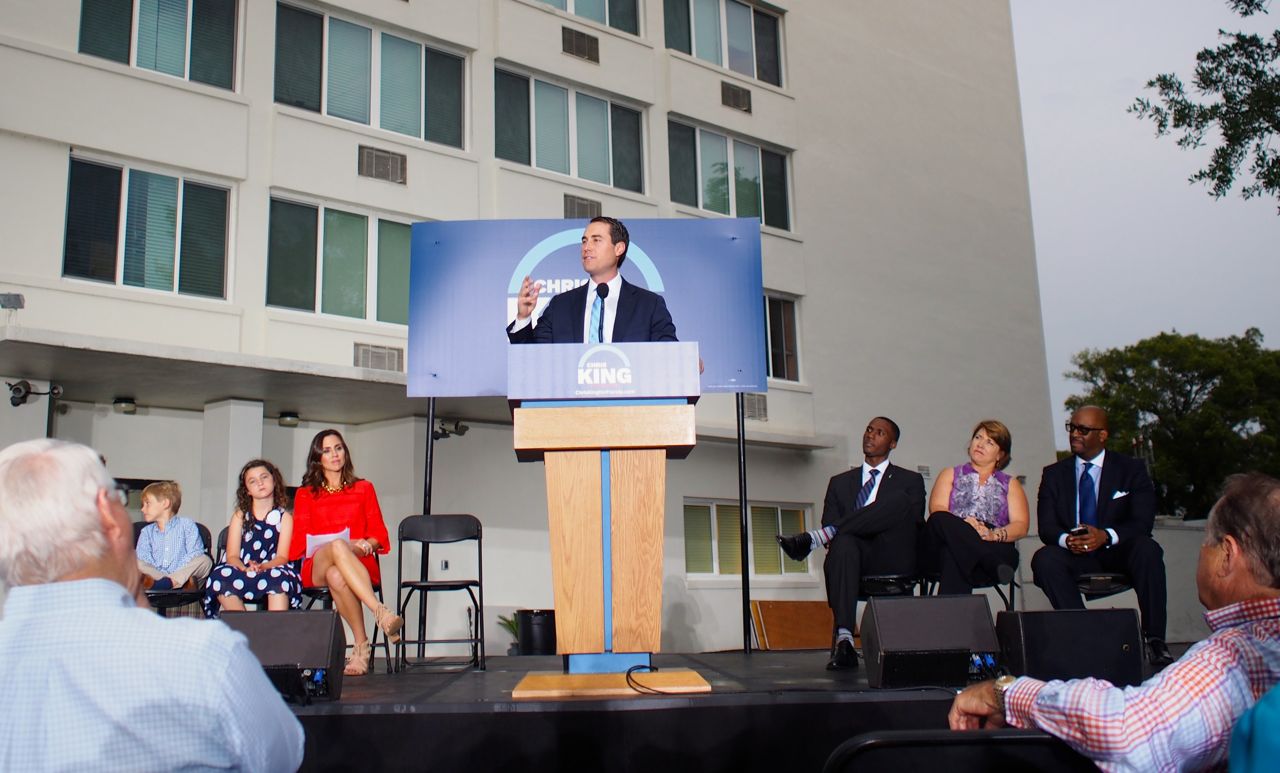 Democratic gubernatorial candidate Chris King called Tuesday for the removal of all Confederate memorials in Florida.

Taking to Facebook, King posted, “It’s time to remove all the Confederate monuments in Florida. These monuments should be removed because we should not celebrate literal anti-American ideology or any ideology based on the oppression of any group of people.

“And to those who say these monuments are needed to preserve our history, I say we don’t need memorials celebrating this dark time in our history. As we’ve seen in Charlottesville this weekend, we live with the legacy of this history every day,” he added.

King faces Tallahassee Mayor Andrew Gillum and former U.S. Rep. Gwen Graham of Tallahassee in seeking the Democratic primary nomination to run for governor in 2018. The Republican field has Agriculture Commissioner Adam Putnam of Bartow and state Sen. Jack Latvala of Clearwater who’ve filed, with Latvala planning to make an official announcement Wednesday. Others, including Democratic Miami Beach Mayor Philip Levine and Florida House Speaker Richard Corcoran are raising money but have made no commitments.

Gillum also called for action on the monuments, but first called for conversation on them. Last week he also informed Walton County he would not be visiting their community until they took down the Confederate flag in front of the courthouse.

“Like many people, I want local governments to take action to remove these monuments. But more than just the necessary step of removing them, we need a real conversation in Florida about inclusion and building community,” Gillum said in a statement. “I created the Longest Table initiative in Tallahassee so neighbors could sit at a table together and discuss the most pressing issues facing them and their communities. Tough but honest conversations will help heal this state and country.”

“It’s time for Florida to put its fealty and energy not toward monuments to a divided past, but toward a vision of the future that provides for common growth. Florida values diversity, but simply saying so understates the case,” King continued. “Florida’s economic engine is built on diversity. We are a state of many races, faiths and languages, each making our state a great place to live in, and each underpinning our economy. But our economic engine has been held back for far too long by the ghosts of the past.”

Confederate memorials have been sources of racial tension for generations, but recently their presence has evoked public demonstrations and demands for their removal, notably in Orlando, Gainesville, Tampa, and now in Jacksonville, while supporters of the monuments contend they are part of the state’s history. Last weekend efforts seeking removal of Confederate monuments in Charlottesville, Va., led to a protest march of white supremacists and the killing of an opposition protester, setting the heat even higher.

On Monday Gov. Rick Scott said the time will come for conversations on Confederate monuments. King said in his Facebook post the time is now.

“Removing Confederate monuments is not just the right thing to do for Florida values and its citizens, but the smart thing to do for Florida’s economy,” King continued. “In order to unleash Florida’s economic potential, and attract the jobs and investment we need to grow into the national leader we should be, it’s time to position Florida as a state with eyes set on the future.”