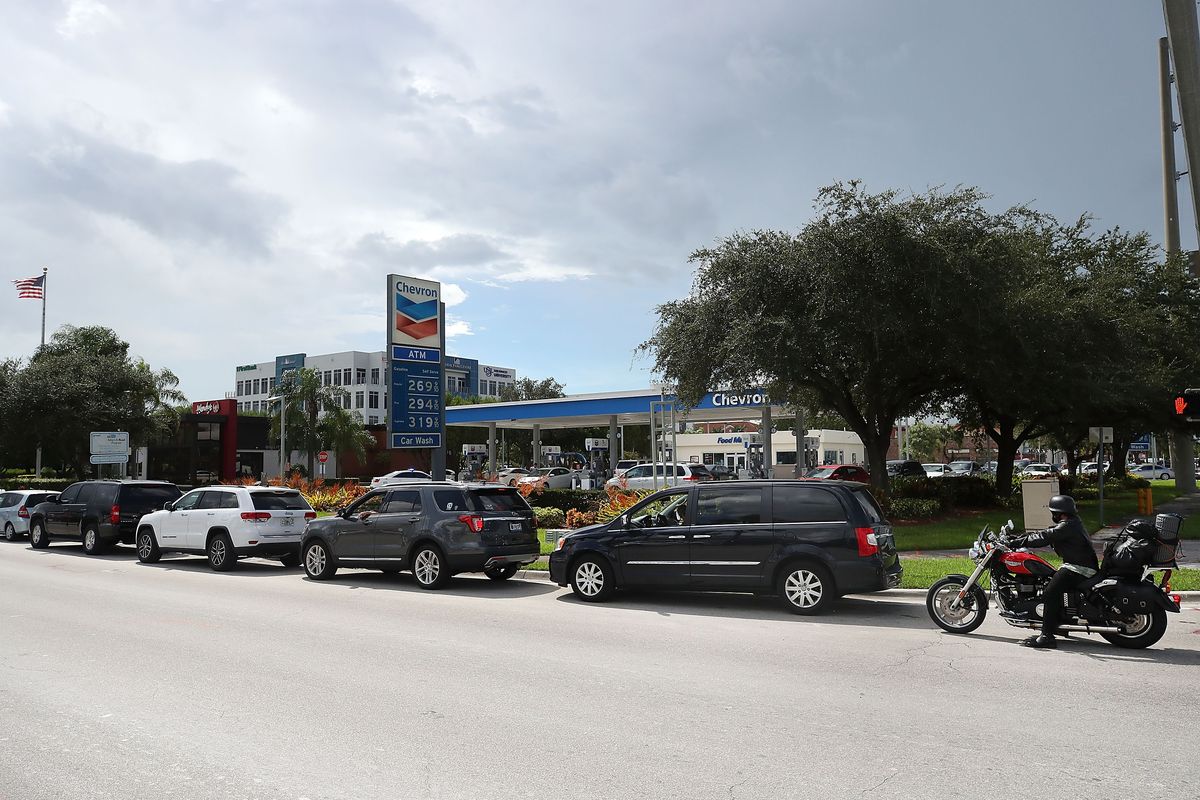 Just because Hurricane Irma has left the state doesn’t mean that everything is back to normal in the Sunshine State.

Take gasoline, for instance. It’s still hard for many Floridians to gas up, which is a major problem with so many people  wanting to return to their homes.

Referring to how the U.S. government created a separate gasoline supply reserve for the Northeast after Hurricane Sandy ravaged New York and New Jersey, U.S. Senator Bill Nelson is calling on the Department of Energy to create a similar reserve supply for Florida in the wake of the storm.

“A Florida Gasoline Supply Reserve would ensure that residents and first responders have access to an emergency supply of fuel, and help prevent the shortages that may have kept some from evacuating and may hinder recover efforts going forward,” Nelson writes in a letter to Energy Secretary Rick Perry.

The gasoline reserve was established as part of the Strategic Petroleum Reserve (SPR). It consists of 1 million barrels of gasoline blendstock and is stored in commercial storage terminals in Maine, Massachusetts and New Jersey.

Coincidentally, the Trump administration acknowledged in their budget proposal for 2018 that they would like to sell off that entire reserve. A sale would offset $69 million of discretionary spending, with any additional proceeds going to the U.S. Treasury’s general fund for deficit reduction, the proposal says.

Meanwhile, the Port of Tampa has announced that three  petroleum vessels were expected to bring fuel into Port Tampa Bay when it reopened this afternoon. Spokesperson Samara Sodos says that dozens of tanker trucks were loaded with gas (with fuel stored at Port Tampa Bay), and continue to be filled right now.

“They are delivering fuel to the Tampa Bay area and beyond,” she said in a statement.

Listed below is Nelson’s text to Perry.

I write today regarding the gasoline shortages that occurred in Florida prior to landfall of Hurricane Irma, and are likely to persist in the days and weeks that follow.

I appreciate efforts taken to date by the Department and the Federal Emergency Management Agency (FEMA) to try to expedite the flow of gasoline shipments into Florida in the wake of the storm.  At least some of these efforts, however, appear to have been hampered by the apparent lack of adequate gasoline reserves in Florida prior to the storm.

Unfortunately, this was also the case in the Northeast U.S. after Superstorm Sandy – where some communities waited weeks for gasoline shipments after the storm.  These shortages hampered relief and recovery efforts in many communities.  In response, the Department created a Northeast Gasoline Supply Reserve (NGSR) in 2014 to ensure an emergency gasoline supply for future natural or man-made disasters in that region.

In the wake of Hurricane Irma, I urge you to consider using your authority to create a similar gasoline supply reserve for the State of Florida.  A Florida Gasoline Supply Reserve would ensure that residents and first responders have access to an emergency supply of fuel, and help prevent the shortages that may have kept some from evacuating and may hinder recover efforts going forward.

Thank you in advance for your attention to this critical issue.  I look forward to hearing from you soon.