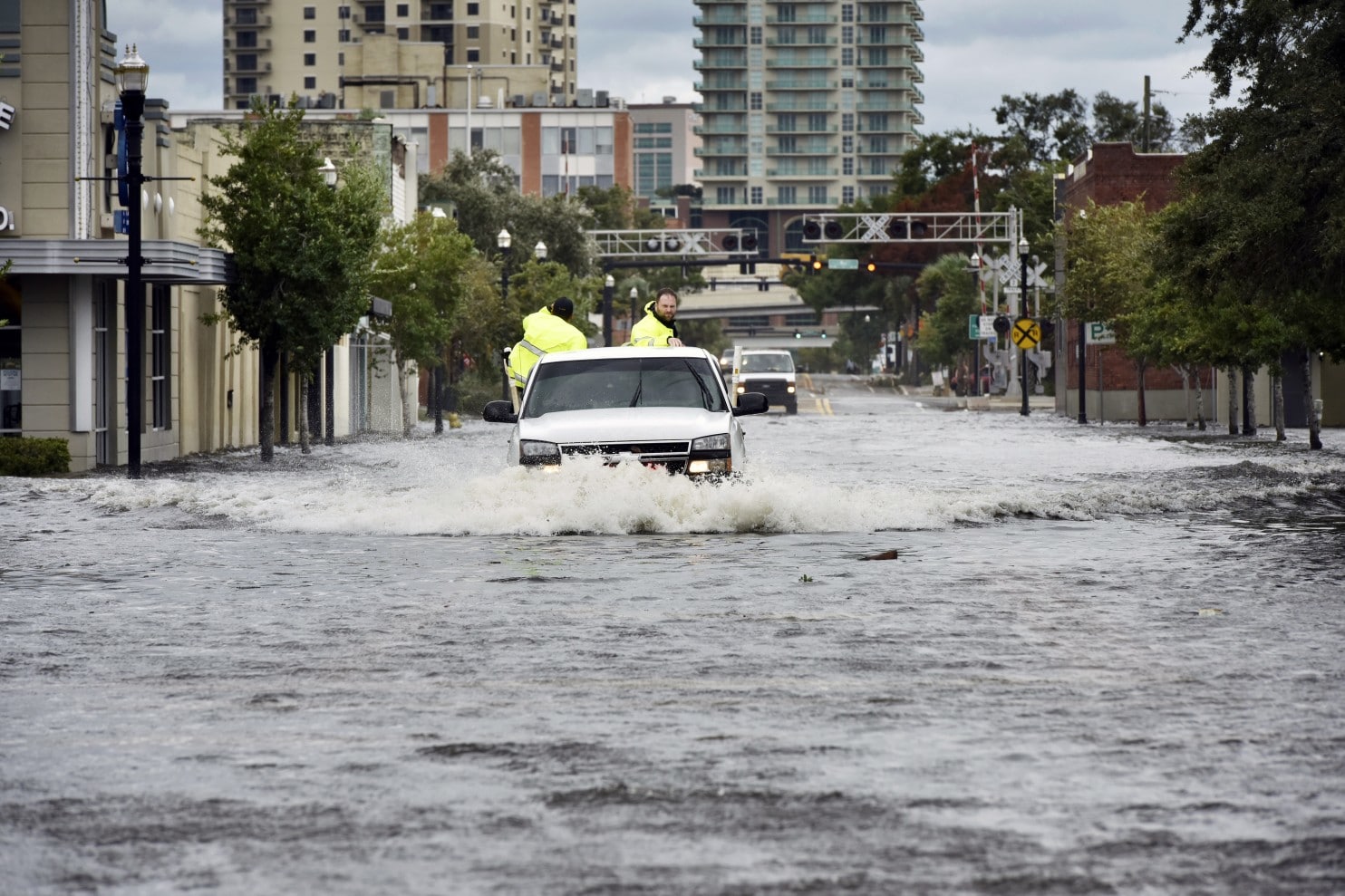 It was a scene you would never expect to find in the United States, the land of hot dog eating contests and supersized Slurpees — hundreds of people wandering around forlorn, looking for food, against a backdrop of downed tree branches and a flattened gas station with no gas.

We were all refugees from Irma, which was at one point the most powerful storm ever recorded in the open Atlantic. Her devastation touched much of Florida, including Jacksonville, the very place we’d escaped to from our home in Miami. Now we were hiding out in a hotel, and it looked like the only open restaurant was a Waffle House where about 200 people were waiting in line.

Then my husband and daughter spotted a small Thai restaurant with a few people in it. They pulled up quickly and asked for food. The owner said they were closed, and that he had come just to check on damage. We’ll take anything, my husband pleaded. The owner relented and they left with enough food to feed the five of us — three adults and two always-hungry teenagers. The 20 or so other people who knocked on the door behind us were turned away.

As Irma grew in the Atlantic, feeding voraciously on the warm water until it became a category 5 hurricane, the eye of the storm looked like it was headed directly for us. Miami had seen hurricanes before, of course, but this one would be different, the meteorologists warned. It could be the storm of the century, the likes of which nobody had seen in their lifetimes. You could die by wind, with speeds of up to 180 miles per hour. Or you could die by water, with storm surge predicted to be up to 15 feet in a flat, low-lying region.

Get out, the governor of Florida warned. In some zones, including ours, evacuation was mandatory, and the police went door to door urging everyone to leave. If you stay, they cautioned, we can’t be responsible for your lives.

So we became part of what may be the biggest evacuation in U.S. history. We boarded up the house with hurricane shutters, and said a prayer for the 20-year-old roof. We emptied the refrigerator and grabbed our valuables. We tucked the cat away in the safest room in the house with plenty of food, water and litter, because she was too feral to get into the car, let alone a motel. And then we left, at 3 a.m. on Friday morning, hoping to beat at least some of the traffic.

We didn’t. It seemed all of Florida was on the road. The traffic inched along, held up by long lines at every gas station, usually for very little gas, certainly not enough for the huge SUVs around us. It was tight in our small Prius, with the five of us, our bags and our food, but we were thankful that it didn’t eat much gas.

People passed us with their lives in their cars or towed along behind – their dogs, their horses, even their bedding lashed to the back of trucks. We were headed to Ocala, but what was usually a 4-hour trip took more than 13 hours in bumper-to-bumper traffic.

Our friends fanned out all over the state, to Tampa, Orlando or the Georgia border, all of us taking bets on the still-unclear path of Irma. Other friends chose to stay, in some cases in defiance of mandatory evacuations. They hunkered down with candles, battery-powered lanterns, food and lots of water. To us it seemed like they were gambling with their lives.

On the road, we played musical chairs with motels. Everything was booked, so we moved from motel to motel looking for instances in which people’s plans changed and they didn’t show up. We slept in four motels over five nights.

From Friday night into Saturday morning, the forecast for the gigantic storm shifted. Irma turned west, with its fiercest part aimed toward Tampa instead of Miami. But we knew that our good luck meant misfortune for many others who’d had virtually no warning.

Irma was going west, so we went east. We drove across the state to Jacksonville. But Irma was so wide she reached across the whole state, hitting us where we had run.

We were huddling in a motel in Jacksonville when Irma hit early in the morning. She had weakened by then, but the winds were still howling outside our windows at 80 miles per hour. We heard the window in another room shatter, leaving glass all over the hallway. The wind pried a sheet of metal loose, and it flapped insanely before hurtling to the ground. The ground outside was flooded with about a foot in storm surge, lapping up the sides of cars in the parking lot. Tree branches went flying. And this was just in Jacksonville, 80 miles from Irma’s eye.

Long before the worst of the storm had abated, the power went out. It groaned and flickered back to life a few times before giving up entirely. We were in darkness listening to Irma’s rage.

The storm finally died down by Monday afternoon. That’s when my husband and daughter went out to scavenge for food amid the wreckage. With the tide coming in, the water surged into downtown Jacksonville, and local officials spent the day rescuing people.

On Tuesday we began the journey home. We were among the earliest to return, and this time there was little traffic. Miami was deserted. In our neighborhood, Irma had ripped up huge trees with their roots everywhere, sometimes attached to slabs of concrete, and they were blocking the roads to our house.

When we finally got there, it was a huge relief to see the roof still on top. Several trees had fallen, but not one had damaged the building itself. The floor was wet, but the flooding was minimal. And the cat was terrified, hiding in the bathtub, but otherwise fine.

Now begins the next stage. Hurricane veterans tell us that like surgery, the recovery is almost as bad as the thing itself, as you try to patch back together a semblance of normality without power in broken neighborhoods. The power is likely to be out for weeks — and in the 90-degree heat of a Miami summer, that is a sweaty proposition. School is out indefinitely, in part because some schools are serving as shelters and people have nowhere to go.

But we feel grateful and incredibly lucky. The pictures of the utter havoc wrought by Irma in the Caribbean are a sobering reminder of what might have been. The Big One didn’t hit us directly, and, most importantly, we are all alive and safe. The same can’t be said for many others in Irma’s path, who will be dealing with the death and destruction she brought for a long time to come.

Editor’s Note: Mary Rajkumar is the AP’s international enterprise editor. She lives in Miami with her family and evacuated with them ahead of Hurricane Irma.