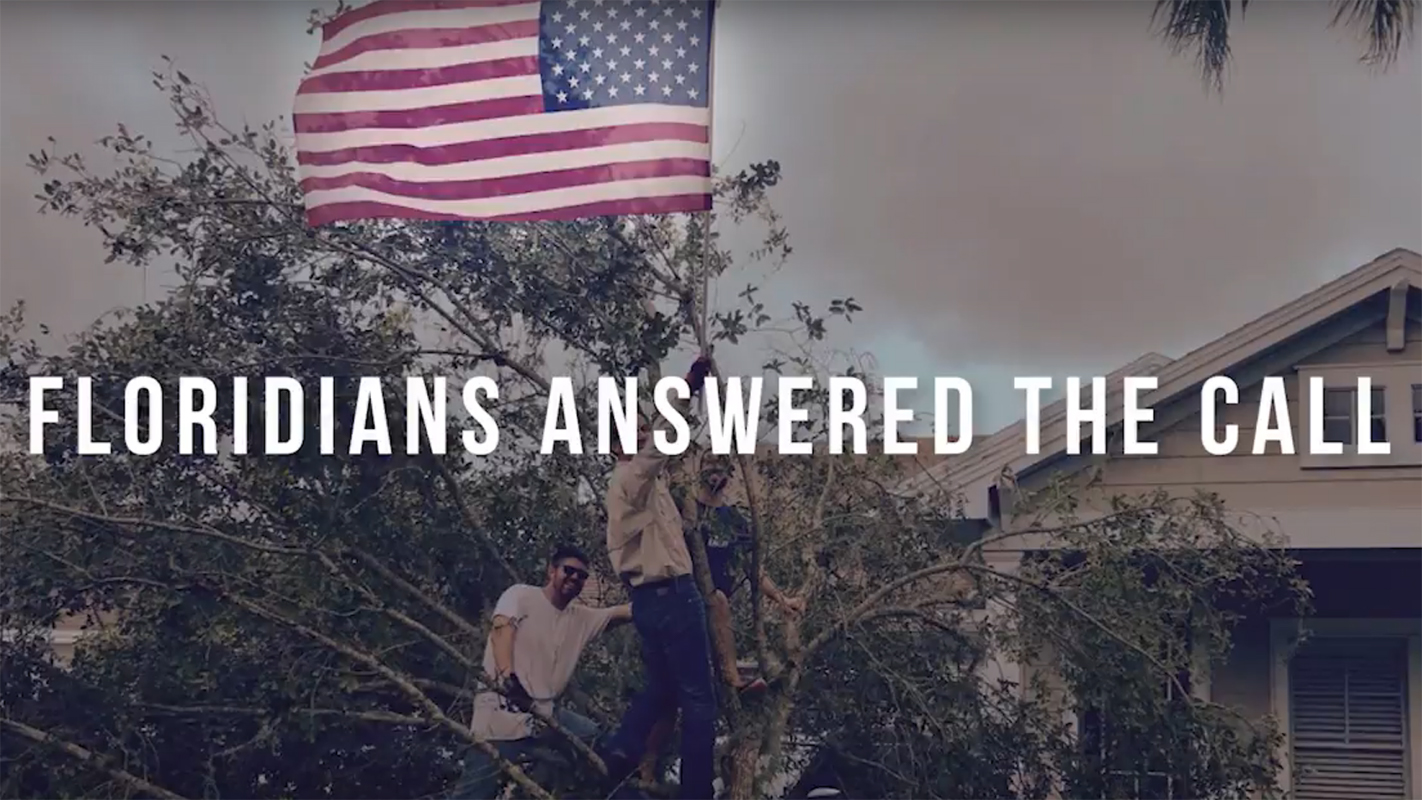 The Florida House of Representatives graphics team has done it again, putting together an uplifting 5-minute clip about the state’s recovery after Hurricane Irma.

The video opens with ominous music and titles that read “They said we were divided … That we were hopelessly at odds … That in an hour of need … Americans wouldn’t answer the call … They were wrong.”

After setting the stage, the video moves on to an inspirational recounting of the state’s response to the storm, including shots of Gov. Rick Scott, first responders saving people and volunteers handing out food.

“Florida is an amazing melting pot of loving people. We will make it through this together,” Scott said in the clip, complete with his trademark Navy ball cap.

The titles continue, saying “Floridians answered the call … And so did their representatives,” before showing stills of many House members getting their hands dirty helping the Sunshine State rebound from the storm, which wreaked havoc in nearly every corner of the state.

Among the many lawmakers spotted in the clip are Republican Shawn Harrison and Democrat Sean Shaw of Tampa, Jacksonville Democrat Kim Daniels, Miami-Dade Republicans Manny Diaz and Jeanette Nuñez, as well Republicans Dane Eagle and Matt Caldwell, whose Lee County districts were among the hardest hit by Irma.

“Through the destruction and chaos … came the best of America,” one of the titles says.

Take five and watch the clip below.