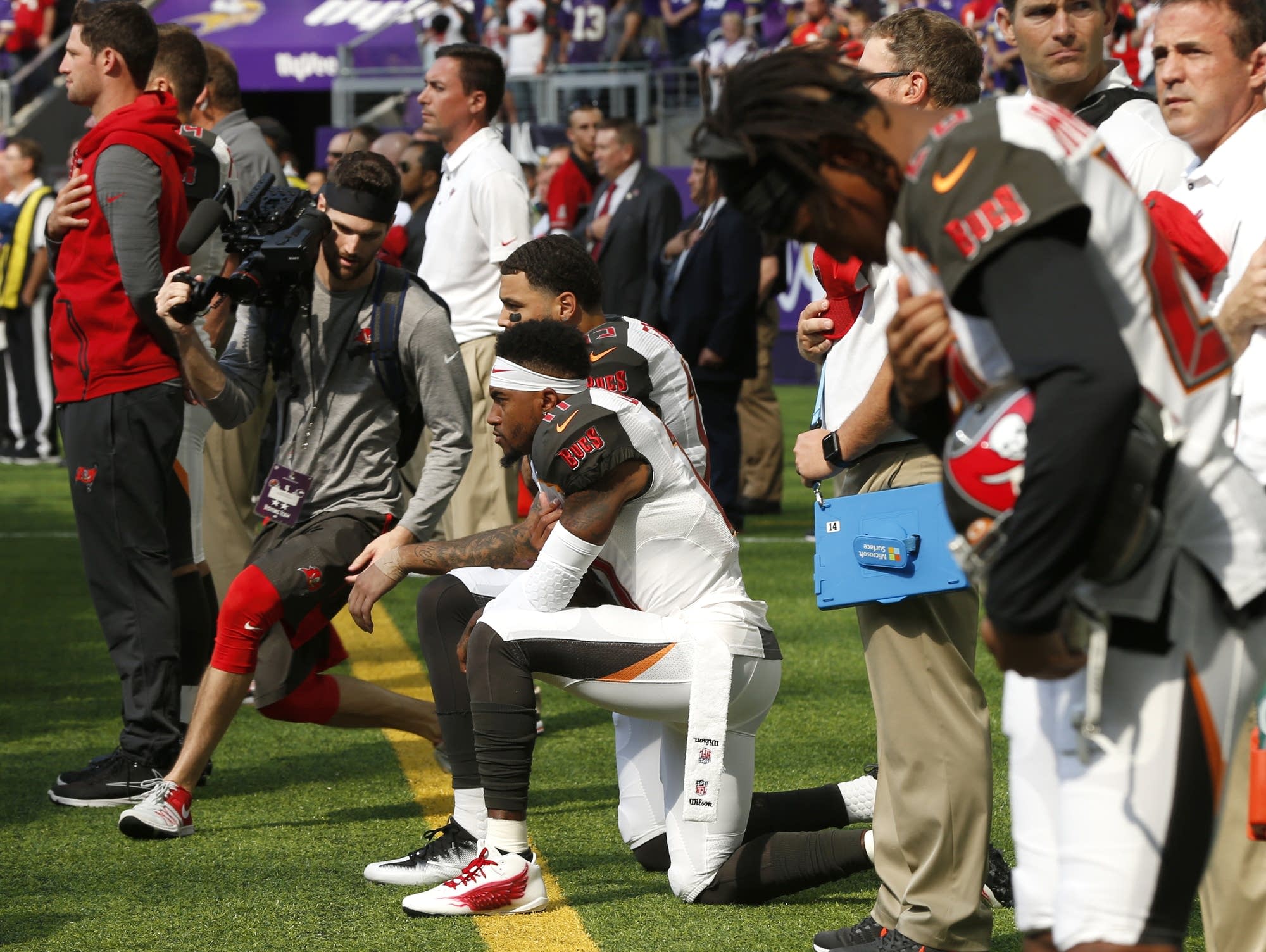 For those who care, the fourth week of the NFL season kicks off tonight with the Chicago Bears traveling to Green Bay to face the Packers. The best ratings for this game will likely be a few minutes before kickoff.

What will happen during the national anthem will interest most viewers far more than anything Green Bay’s Aaron Rodgers or Chicago’s Jordan Howard does. What happened last week following President Donald Trump’s firing of “SOB” kneeling players  comments have been well-documented.

While all of this plays out, we should keep in mind that few of us, from Trump on down, really get what is happening or what this is all about. To those who side with the players saying it is their constitutional right to protest, the simplest answer is “duh!”

The U.S. Supreme Court, including Antonin Scalia, codified the right to burn the American flag almost 30 years ago. If protesters can burn the flag, football players can certainly remain silent with head down, or fist raised, while it is celebrated by others.

Before Trump weighed in, the core grievance of the protesters was racial injustice. A majority of Americans cannot relate to that concept because many of us grew up in rural America or the suburbs.

For example, I am among those to never experience what it is like to be pulled over for DWB (driving while black). This and the phenomenon of snap judgments or making assumptions of an individual because he or she are persons of color.

Any conservative who discounts this fact should listen to South Carolina Republican Senator Tim Scott recall his experiences with authorities. Some occurred in the Capitol building even after his election to the Senate. Scott is living proof that it happens to conservatives and Republicans, too.

Police shootings over the past three years, which Colin Kaepernick said drove him to begin the protests, are at the core of the understanding gap. Scott, who offered his remarks in the wake of the murder of 5 Dallas police officers last year, also offers sound guidance on this as well from both sides.

On the other hand, the NFL, the protesting players, and those who support them, do not understand the devotion to the flag and the nationalism embedded inside those who despise what the players are doing.

NFL Commissioner Roger Goodell called Trump’s remarks “divisive” and “an unfortunate lack of respect for the NFL.” He is right on both counts, but fails to realize a large number of NFL fans believe the protests are also divisive and the calls for team unity are hollow.

Democratic Congressman Darren Soto from Orlando weighed in via Twitter, saying the players’ actions are “as patriotic as it gets!” While Soto will earn support for the comment, he doesn’t get, or is unconcerned, that some of his constituents consider such remarks divisive.

From the other side, GOP Congressman Matt Gaetz of Fort Walton Beach is taking over as the lead on legislation designed to strip the NFL league office of its tax-exempt status. Even supporters of the protesters will want to see the NFL “pay its fair share.”

DirecTV is responding to complaints by offering refunds on their NFL Sunday Ticket package, which offers out-of-market games for about $280.

For those tuning in on Thursday night, it will be interesting to see the reaction from Packers’ fans in the stands, who are among the most loyal in the NFL. The early reactions have not been good toward the players.

The Packers will lock arms and stand for the anthem as the Dallas Cowboys and Arizona Cardinals did on Monday night. The players are asking fans to do the same thing in the stands.

Let’s see how that goes.

previousSchool's back in session for some in the Florida Keys