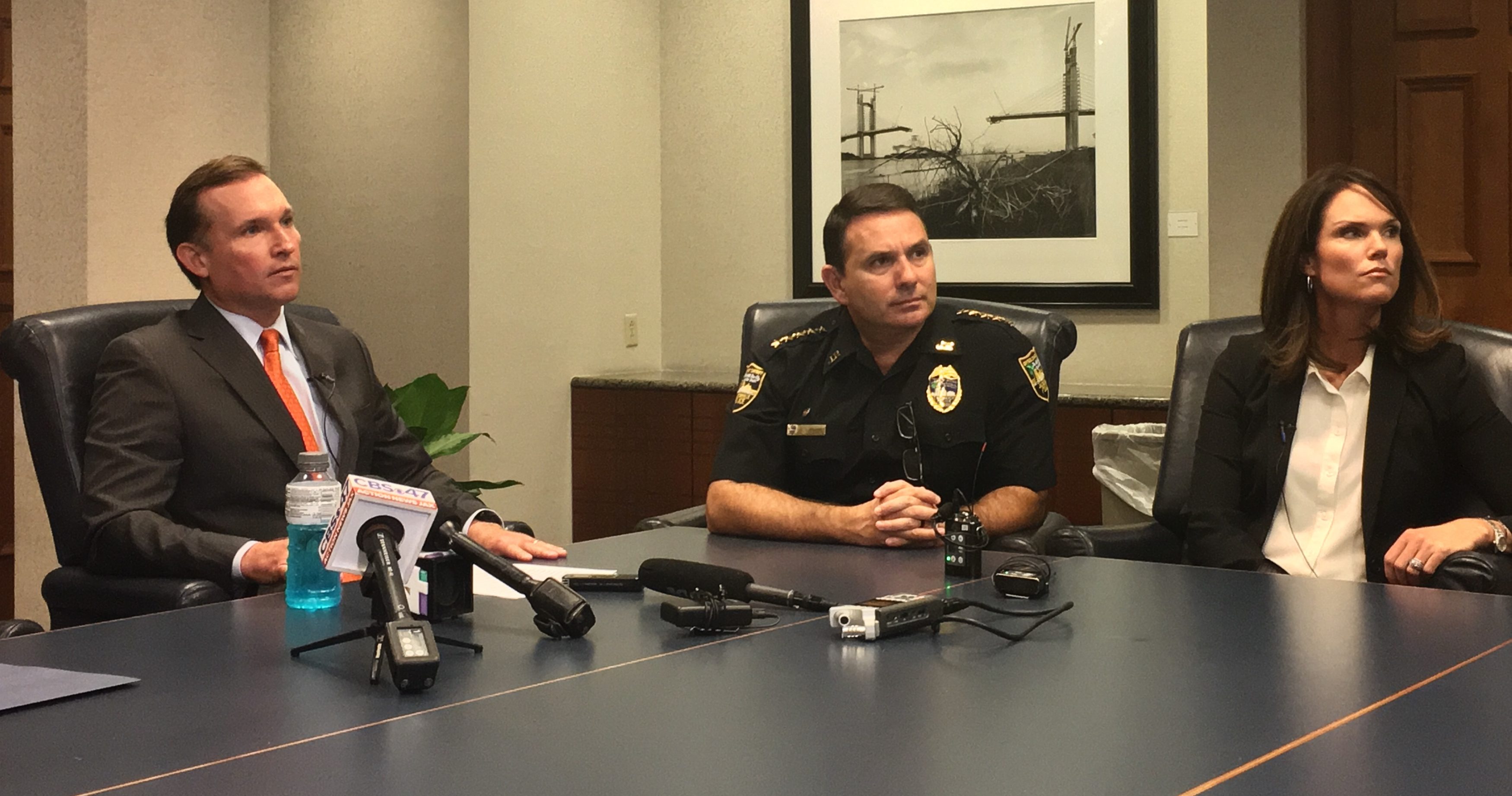 And as such meetings go, this one had myriad purposes.

One such purpose: to discuss public safety spending in the new $1.27B city budget, passed Tuesday unanimously by the City Council.

The other, more holistic purpose: to discuss that spending in the framework of a pragmatically conservative brand of reform, of moving the city into the 21st century on such matters as community policing and juvenile civil citations — “smart justice” style priorities of all three Republican officials on hand.

Key to such reforms seems to be having sufficient resources to implement the strategies.

This would be Curry’s third straight budget to pass without a no vote, and includes 100 new police officers, which — when combined with 80 new officers and 80 new community service officers in Curry’s first two budgets — rectifies what Curry called “dangerously low levels” of police on the street when he and Williams were elected.

Williams noted that the shortfall in “police staffing” made it hard to provide adequate services in some communities — and a particular pressure is on Jacksonville’s most challenged areas, such as Northwest Jacksonville.

“It’s improving in some parts of town, but there’s still a challenge,” Williams said, “especially on the weekends.”

Moving people and stacking officers at hot spots and using technology as a “force multiplier”: all of these are strategies. But ultimately, adding officers is key to combating crime.

“People want more police officers,” Curry added, citing his time talking to people in neighborhoods. “They understand that we were at dangerously low levels and they want [officers] in their neighborhoods.”

“People want this city safe,” Curry continued, “and they want the right investment made in law enforcement. They want more presence.”

That presence, Curry added, would lead to relationship building, as officers won’t have to “rush from call to call to call” as they have.

Curry’s budget — which he called a “budget for the people” — also replaced “dated equipment,” allocated $320K to park security, $1M for a crime gun intelligence center to be housed at the State Attorney’s Office, and devoted significant resources to Fire and Rescue as well, including 42 new fire fighters, new equipment, and funding for two new stations.

Williams noted that the investments are “finishing out” a list of needs that dated back.

“The Mayor’s done great for us,” Williams said. “We don’t have a lot of big asks.”

“These investments are real,” Curry said, and “this partnership and collaboration is real” between him, Williams, and Nelson.

“So the question is: what does this budget mean for public safety? A budget is a statement of priorities,” Curry contended.

“These are resources that are given to those in public safety to do their jobs,” Curry added, and resource allocation on the local level helps facilitate the relationship with the State Attorney — termed a “reformer” by the Mayor.

Among those second chances: a commitment to civil citations from the State Attorney’s office, one advanced via a memorandum of understanding with Sheriffs and school districts throughout the 4th Circuit.

“In terms of being smarter in how we address crime,” Nelson said, “the use of civil citation allows both the Sheriff’s office and the State Attorney’s office to redeploy resources in a more strategic way.”

Regarding the sole object of city funding for her state-funded office in the budget — the crime gun intelligence center — Nelson noted that it’s “to allow us to target and strategize on that small amount of people creating the most violence.”

Drawing the distinction between criminals who can be rehabilitated and those who pose an existential threat to citizenry: no easy task.

But in a climate with limited resources, moves in that direction are necessary.

And Jacksonville leaders are making them.

previousBoth sides of NFL protests fail to understand the other