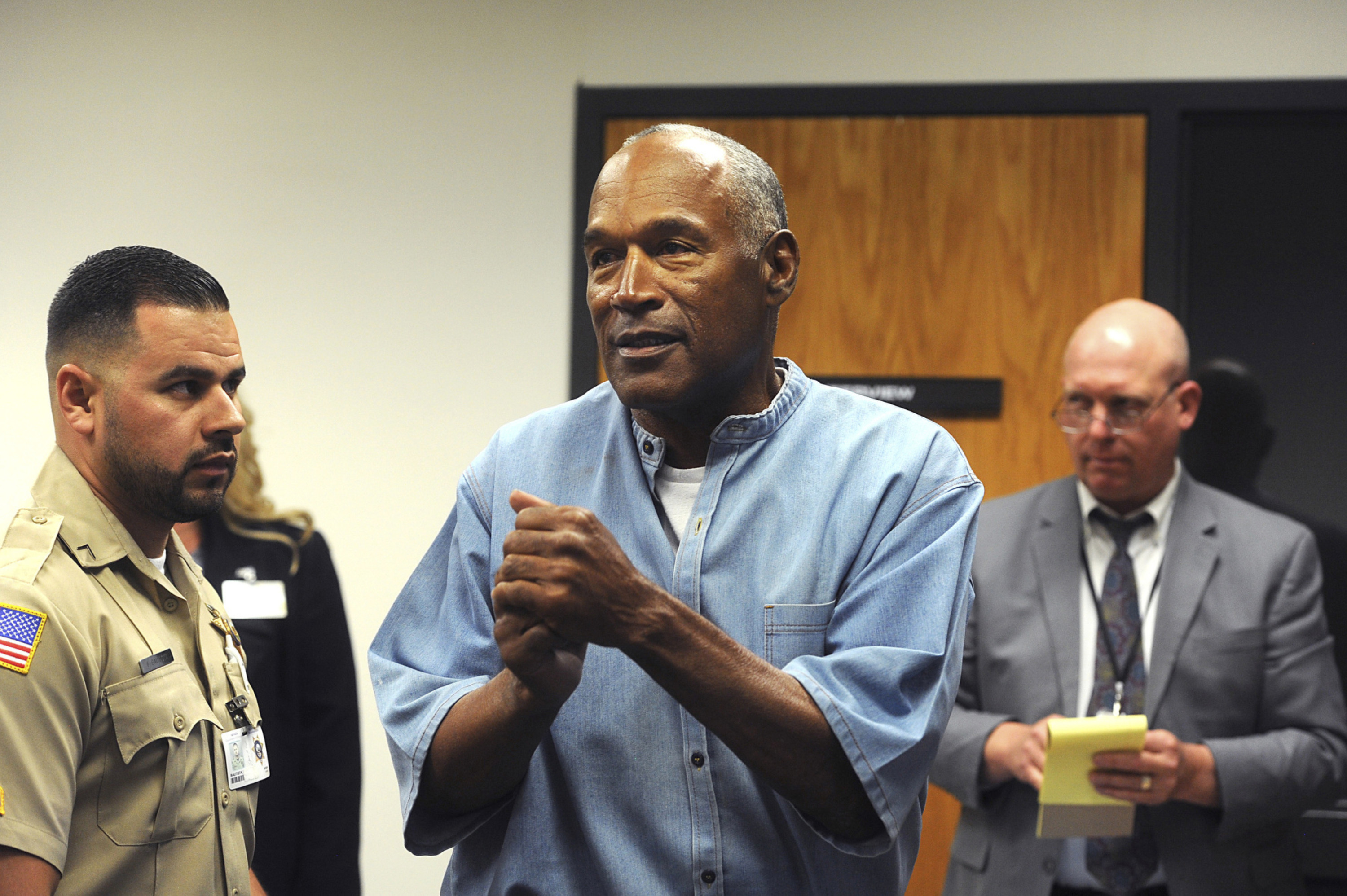 If convicted creep O.J. Simpson eventually moves to Florida and becomes our most infamous parolee, I have three words: don’t screw up.

For now, he is sending mixed signals about his intentions.

He told parole officials that he is planning to stay in Nevada for the foreseeable future, but USA Today reported that he eventually will wind up in Naples. No surprise. We know Florida will always be in play because, well, it’s Florida and that type of stuff happens here.

If the Juice decides to come here, he could become acquainted with Attorney General Pam Bondi. She knows how to get her name in the news, and the lady does have a refined sense of theatrics.

It was predictable – or should have been, anyway – that she took a pre-emptive strike to block Simpson from moving to our fair state following his release from a Nevada prison after serving nine years of a maximum 33-year hitch for armed robbery.

She sent a letter to the Florida Department of Corrections, requesting the agency “immediately notify all appropriate authorities of the State of Nevada that the State of Florida objects” that Simpson isn’t wanted here.

Bondi’s gambit was well-played in one respect – she got her headline. Her name went out on the national news, again, and that can’t hurt someone whose time as the state’s top lawyer is nearing its end and could be eyeing a new gig.

There also is little chance her ploy will work, and she knows that. Florida is part of a nationwide system that essentially requires it to accept Simpson if he ever decides to move here, provided he meets certain conditions.

Under the rules we live by, Bondi would need more than the “yeah, but he’s a scumbag” to successfully block Simpson’s path back here.

However, if Bondi’s goal was a warning to let the Juice know that being here isn’t the same as being welcome here, I’m actually OK with that.

If Simpson does slither back to Florida, he should consider living the hermit’s life. As a parolee, the slightest hiccup could send back to Nevada to complete his sentence. Bondi’s threat is that he better not even get a parking ticket here.

We have a state attorney general who lives for the spotlight. No light would be brighter than the one shining on someone catches O.J. doing something that sends him back to prison.

How much do you think Bondi would love to be that person?

That is the real message she sent with the letter.

The Juice better be listening. He’d be happier somewhere else.