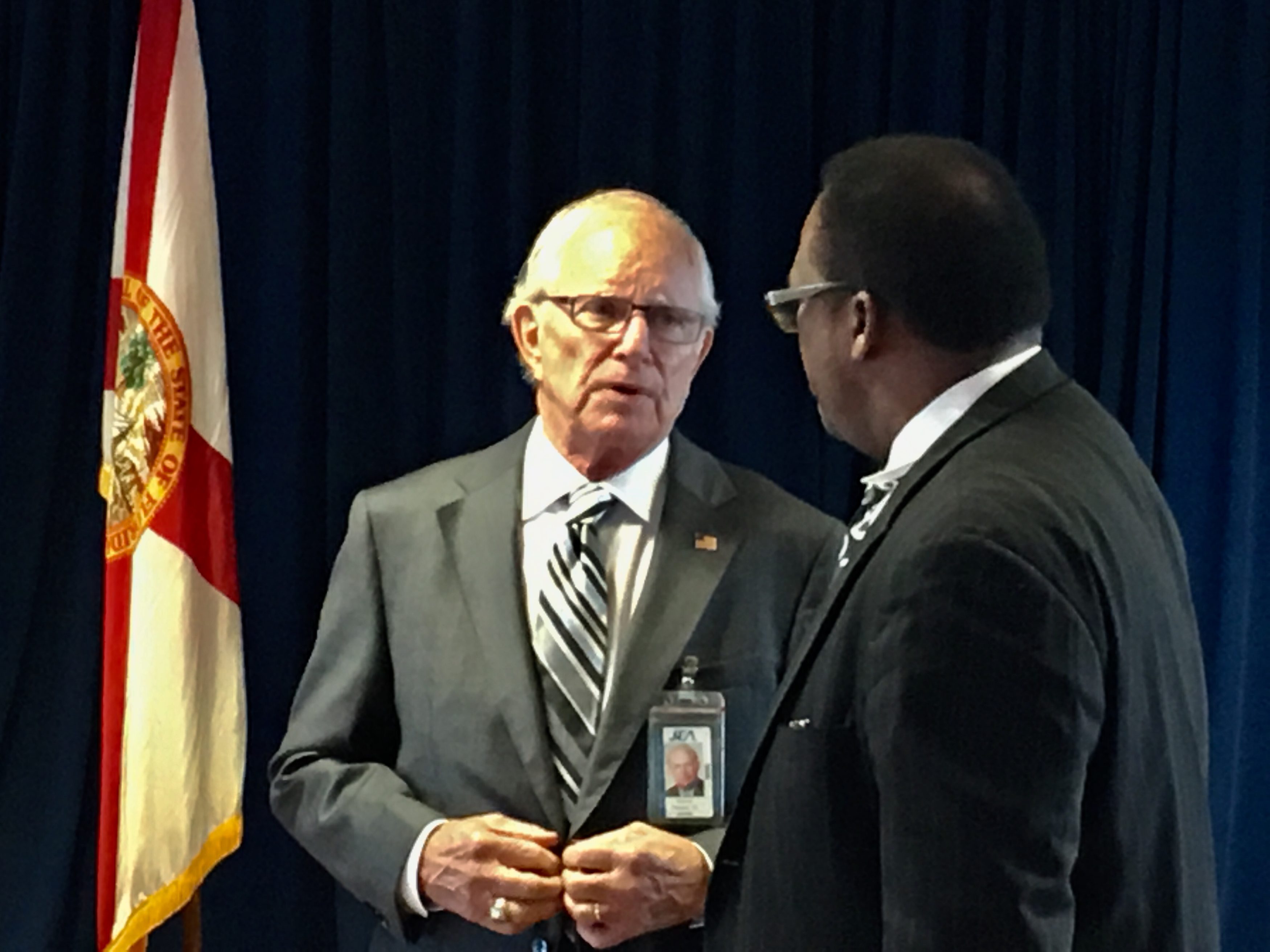 The big news out of Tuesday’s meeting of Jacksonville’s JEA Board wasn’t on the agenda.

Board member Tom Petway — one of the earliest supporters of the candidacy of Jacksonville Mayor Lenny Curry — announced his intention to leave the board Dec. 31. And he revived a major conceptual proposal on his way out.

Petway suggested that perhaps the time has come for the municipal utility to move into a “private sector marketplace” model.

“The majority of people in Florida are served by a private-sector marketplace,” Petway said, asking the board to consider where JEA “fits” in that emergent paradigm.

“Would the customers of JEA be better served in the private marketplace?” Petway asked, urging a board report on the utility’s value.

Some study was given to the private sector concept in the past.

In 2007, the Florida Times-Union reported that JEA could fetch $3.1 billion — which is more than 2.5 times the city’s $1.27 billion current general fund budget. However, rates would have gone up by 39 percent, making the concept a non-starter for Mayor John Peyton, especially in light of the annual JEA contribution to the city’s budget.

The current JEA Agreement applies between the city and the utility through 2021, with the current contribution set at about $114.2 million, with minimum annual increases of 1 percent. It also allocates $30 million of total funding  split evenly from JEA and the city for five years for water and sewer projects. And $2 million a year in water quality trading credits, which will go to stormwater needs.

In 2012, current City Council liaison to the JEA Matt Schellenberg floated a resolution urging the sale of JEA, then pulled it because he didn’t have the votes, reported the Florida Times-Union.

However, he believes that the idea “absolutely” could have traction now, he told Florida Politics Tuesday after the meeting.

Finance Chair Garrett Dennis — who hasn’t always lined up with the mayor’s office — is also conceptually open to the idea.

“If it results in paying off debt and making true investments in our city in order to grow, then absolutely I would be open to support the concept,” Dennis said.

Council President Anna Brosche wants to know more, saying she would “need to better understand and fully get what that would mean for the city.”

Jacksonville Mayor Lenny Curry offered a statement that could be construed as conceptual support, framing Petway’s position as “a simple request that citizens and city leaders explore the value of their public assets and how utility customers in our city can be best served. As a reform-minded mayor, I welcome this challenge and will work with City Council leadership to answer these questions.”

Indeed, the ultimate impact of such a move has been the sticking point in previous proposals.

Would a 2018 report read differently?

Petway’s tenure was marked by successes, including the utility getting its first ever AAA bond rating while he was chair and the successful ratification of the aforementioned JEA Agreement — setting contractual terms between the utility and the city through 2021.

However, his most audacious play may have been the mic drop at the end.