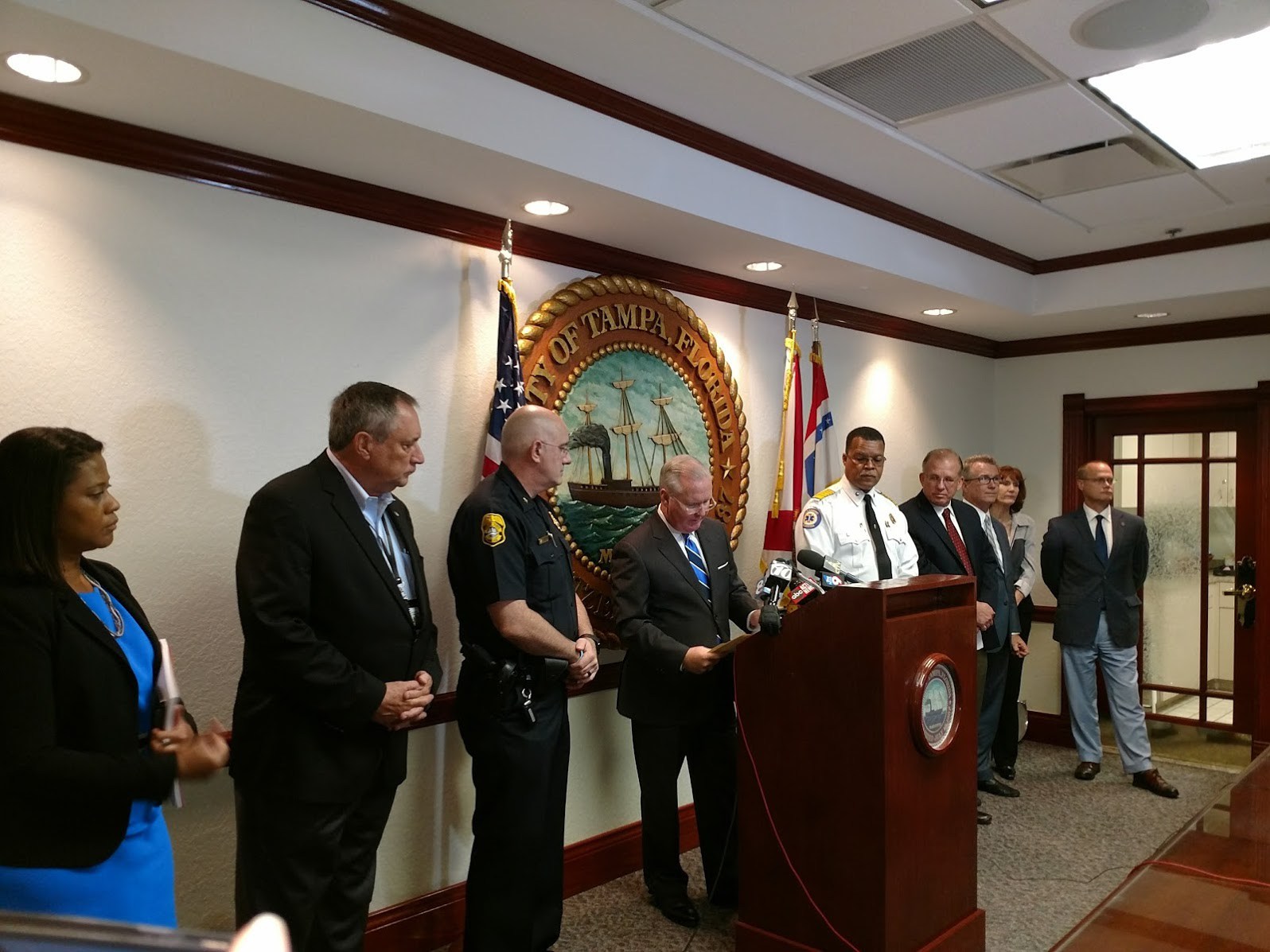 Nearly three months after Hillsborough County Administrator Mike Merrill and Tampa Mayor Bob Buckhorn engaged in a verbal skirmish about who had the power to call for an emergency curfew in Tampa, County Commissioners would like local state legislators to weigh in.

The issue goes back to the days leading up the arrival of Hurricane Irma in the Tampa Bay area, which was predicted to bring major damage to the region.

On Sunday morning, Sept. 10, hours before Irma’s expected arrival, Buckhorn and Tampa Police Chief Brian Dugan declared a curfew would begin in Tampa Sunday at 6 p.m., and would not be lifted until he and other city officials deemed it safe after the storm passed.

“If you are out on the streets after six o’clock, we are going to challenge you and find out what you’re doing out there,” said Dugan. “We are relying on the good people of Tampa to tell us what’s going on in their neighborhoods, and to point out who doesn’t belong in their neighborhoods.”

Five hours later, however, Merrill held his own news conference saying: “I have not called for a mandatory curfew. We urge residents to get to a safe place, to shelter in place.”

Buckhorn didn’t back down; a curfew was in place as Irma hit late Sunday night into Monday morning. After daybreak Monday, the city of Tampa said the curfew was no longer in affect.

At Wednesday’s Board of County Commission meeting, county attorney Chip Fletcher said that he had been in consultation with the city attorney’s office in Tampa regarding mandatory evacuations, another issue where there was a conflict between the city and county leading up to Irma’s arrival. He said issues were less clear when it came to the power of ordering curfews.

Commissioner Les Miller, who served in Tallahassee for more than a decade before coming on the board in 2010, said he remembered that the Legislature had enacted specific rules after a similar incident happened in Tampa in 2005. He said this was the time to go back to the Hillsborough County legislative delegation to review those statutes to make sure they’re complementing each other.

“We might not be the only county that’s having these issue,” Miller said. “We could be working out an agreement with all the mayors and the emergency management policy group, but who’s to say that two years from now, when there’s a new mayor, the same issue does not come about?”

The board then approved a motion proposed by Miller to have the board write a letter to the Hillsborough legislative delegation to review all statutes that deal with emergency management policies and operations dealing with issues like curfews.

Another conflicting issue that took place between the county and city occurred Friday, Sept. 8, when Buckhorn called for a mandatory evacuation in Tampa of residents of Zone A. At the time, Hillsborough County had only issued a voluntary evacuation for special-needs residents of that zone.

Fletcher said that it’s now “clear” that the county has the ultimate emergency management authority when it comes to ordering evacuations.

Commissioner Sandy Murman said that it was important to get this policy right, saying she was getting her hair done in South Tampa that Friday afternoon when she learned that the city had called for an evacuation, “and I knew full well that the shelters weren’t open.”

“That’s when confusion starts,” she said. “People need to know they have a place to go.”

The issue was brought up initially at Wednesday’s meeting by a member of the general public.

“I’m not pleased how that was communicated to the public,” said Gerald White. “We all need to be on the same page during a crisis.”

“It was a little embarrassing and very confusing what took place,” Commissioner Victor Crist acknowledged.