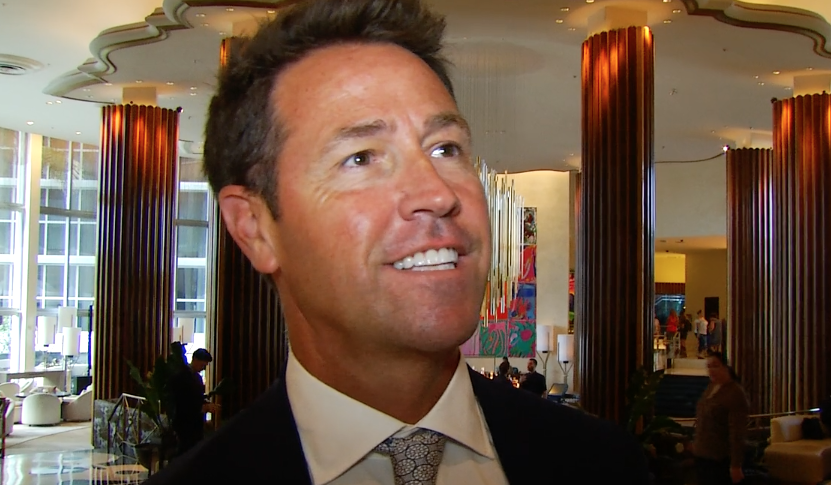 Pensacola Mayor Ashton Hayward was the star of a television commercial that began in Tallahassee last week in which he extolled the virtues of vacation rental homes in Pensacola and Airbnb for marketing them – but opponents of that company’s legislative agenda are striking back this week, with a new video starring Hayward.

Hayward didn’t explicitly discuss that legislative agenda in the commercial, “Airbnb citizen,” instead talking about visitors wanting “that authentic experience, and this is what Airbnb offers them.”

AirbnbWATCH, a group tied to the hotel industry that opposes much of Airbnb’s legislative agenda, has launched an internet video featuring a brief interview with Hayward in which he acknowledges that local communities should have some say in how to regulate vacation rental homes.

And that’s the crux of the legislative fight: Airbnb and other vacation rental home companies, such as rival marketing firm HomeAway, have been pushing for legislation to prevent cities, towns and counties from regulating vacation rental homes, arguing that such local regulation gets out of hand and thwarts competition in the lodging industry.

An AirbnbWATCH crew caught up with Hayward at the U.S. Conference of Mayor’s convention in Miami Beach in June and asked him, on camera, if he would prefer that mayors have the ability to regulate vacation rental homes, rather than have the state dictate what cities and counties may do.

In the video posted by AirbnbWATCH, Hayward replies, “For me, when it comes to your location, your local community, sometimes there are issues you need to regulate that are different than across the state. If you think about the great state of Florida, it’s the third largest state in the union. And so those are issues that are sometimes different say in Tampa, or in Miami, or Miami Beach, for that matter, or Boca, or Orlando. It’s a big state, so it’s difficult sometimes to have this broad brush of regulation.”

Hayward’s office did not respond Tuesday to a request from Florida Politics to discuss the apparently conflicting messages being offered by the mayor for both sides of the vacation rental debate.

AirbnbWATCH said in a news release that it has recorded numerous similar interviews with mayors, and looks forward to releasing them as well.