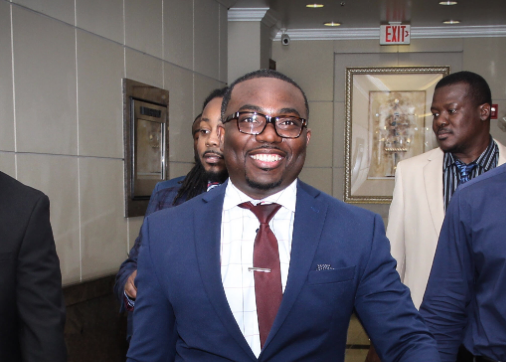 Darius, 36, chief executive officer of TD Homes Marketing of Orlando, said Monday he is challenging Demings primarily out of his belief that she has not been aggressive enough in opposing the immigration and economic policies of President Donald Trump or to bring home enough grant money for the people of the 10th Congressional District. Darius filed last week with the Florida Division of Elections to seek to qualify for the ballot.

Darius also said he is concerned about criminal justice issues, notably prison reform, which he said is needed, and police brutality, which he alleged Demings did not address when she was police chief.

“We know our district is vastly populated by immigrants,” he said. “You must be on the side of the people.”

Married and the father of five, Darius’s background has been in banking and real estate before he founded TD Homes Marketing, which he said last year helped 200 people arrange to get at least $15,000 in down-payment assistance toward the purchases of homes.