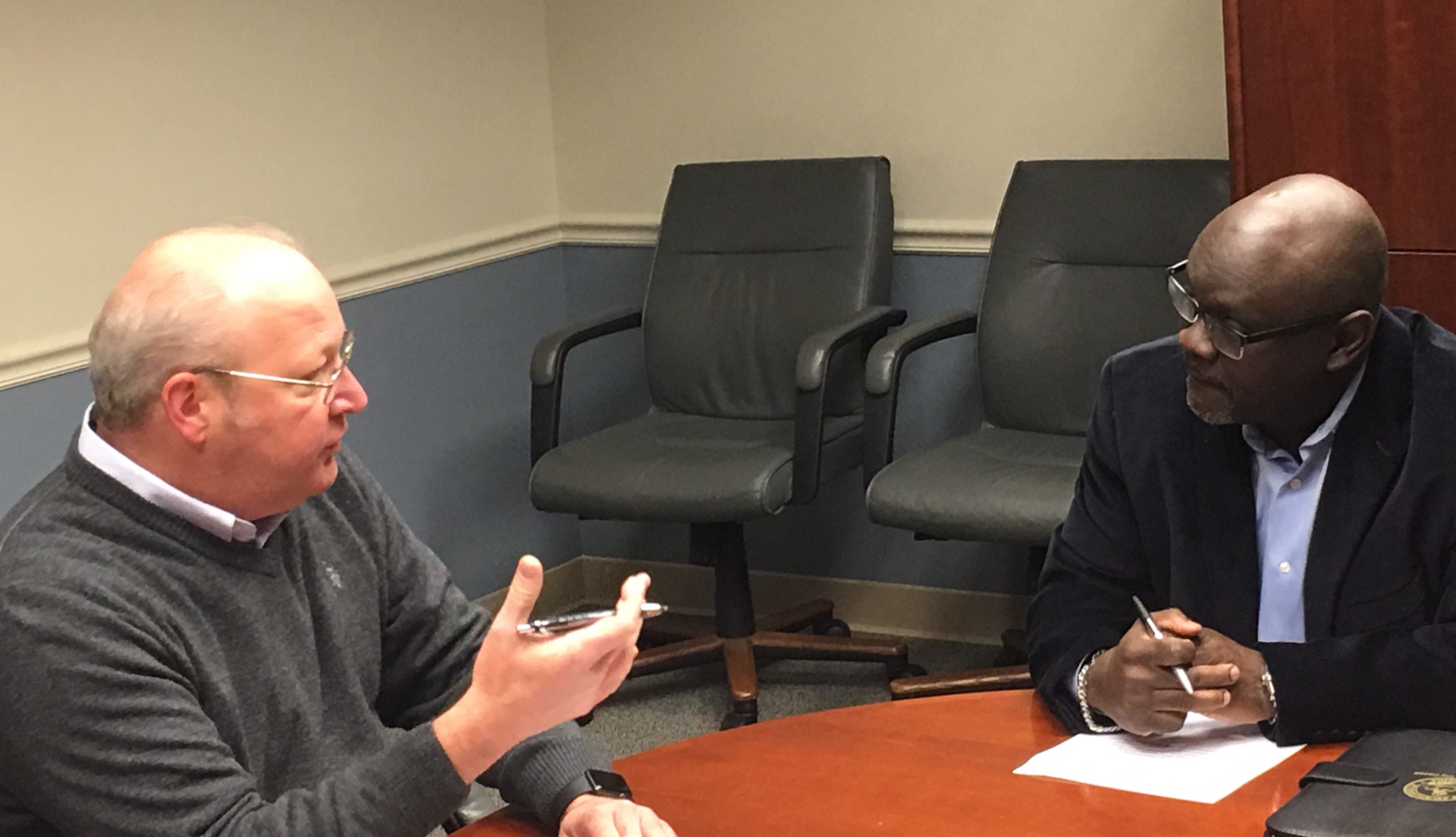 The Jacksonville City Council Presidency is set for the 2018-19 year that starts July 1: current VP Aaron Bowman, an executive at the local Chamber of Commerce, is a slam dunk.

Re-election campaigns are just around the corner — and no one is going against the Chamber.

More flux exists in the race for Vice President for the 19-member Council, however.

It takes ten votes to win, which looks difficult given the topography of the race.

Typically but not always, the VP moves on to the Presidency; however, 2017’s race was an exception, with Anna Brosche winning the Presidency against then-current VP John Crescimbeni.

Pledges are a precursor to a formal vote in the Spring.

No sale at 9: The 9 a.m. meeting saw Wilson and Newby meeting — with Newby attempting to solicit Wilson’s pledge.

Worth noting: Wilson had wondered if Newby and his instant pledge, Al Ferraro, understood the Sunshine Law, as the pledge happened outside of noticed meetings.

“I guess I missed the noticed meeting,” Wilson asserted last week. “I don’t think they understand the sunshine law. Why would you break the law and tell the media?”

That didn’t come up in the meeting … though before the meeting in a conversation with this reporter, Newby vociferously objected to the idea that anything had been done that was wrong, given that the written pledge had been filed and that pledges aren’t even worth the paper they’re written on — a real truth given how many people have flipped pledges over the years.

Newby outlined his leadership credentials to Wilson, including being two time chair of the Republican Executive Committee and Chairman of the National Association of Black Republicans.

Eventually, Wilson spoke up. He noted that these leadership races “seem to start earlier every year,” and indicated his own interest in the VP role.

The two discussed priorities, with Wilson noting the importance of ensuring that city resources, such as children’s programs via the Kids Hope Alliance and senior services, are brought to his Southside Jacksonville district — one that has pockets of poverty and violence comparable to other areas in the city that have received a greater focus.

The meeting, collegial as it was, did more to establish the early contours of the leadership race than it did to resolve which of these two men would move on to the VP slot.

Wilson wasn’t done with meetings with VP candidates/competition for Thursday; a 10:30 conclave with Hazouri was up next.

Hazouri makes his pitches: Councilman Hazouri was the next to pitch someone who could be potential competition.

Hazouri cited his “institutional knowledge,” pitching Wilson on the concept of “some districts getting left behind.”

“I feel like my time is now,” Hazouri said, pitching the idea of “continuity” moving the Council forward — especially as the next VP will be the favorite for the Presidency during the first year of Council members next term.

“I still really have an interest in leadership myself,” Wilson contended, reiterating the needs of his district, which include dilapidated infrastructure and outmoded commercial zoning that causes pockets of the neighborhood to cascade toward disrepair and decrepitude.

“If we were able to invest some dollars in that corridor … the gateway to the Beaches,” Wilson said, the spend would pay off.

“Hopefully,” Hazouri said, “if you don’t bite the bullet and run, you can support me.”

Wilson, if anything, sounded more like a candidate as he met with the (potential) competition.

Hazouri had another pitch at 11:00 — former Council President Greg Anderson and former VP John Crescimbeni were in the house.

Both men will be entering their last year on the Council this summer. And Hazouri and Anderson were early supporters of Crescimbeni’s bid for the presidency in 2017.

Hazouri repeated his pitch about the commonalities driving Council, bemoaning the lack of a “natural process” in the race that saw Anna Brosche defeat Crescimbeni for the top job, one that he believes impeded Council from reaching its full potential in recent months.

“I want to see continuity moving forward,” Hazouri said, especially on the “major issues you can’t leave behind.”

Anderson discussed how, when President, he had Council VP Lori Boyer integrated into pre-agenda meetings.

“It’s important that the VP be able to take over the meeting,” Anderson said.

Crescimbeni chimed in, saying that the “workings of Council members … the process of doing business … has experienced hiccups from time to time.”

Hazouri was not immune to critiquing Brosche either, saying that she’d given “no help” to current VP Bowman.

The Council members also discussed the perils of having information in the newspaper — such as the recent Florida Times-Union editorial endorsement of the District — before they have been briefed.

The colloquy was robust. But no sale. Anderson said it was still early. And Crescimbeni, noting that people hadn’t met with him when he was running, said something similar.