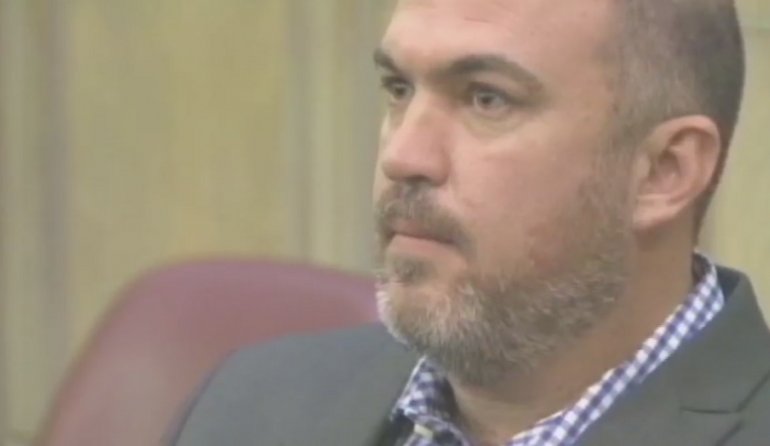 Jeff Garcia, a once respected South Florida political operative who spent 65 days in jail after being convicted in an absentee-ballot case in 2014, is apparently back in the political game.

Garcia is listed as the campaign manager for House District 114 GOP Democratic candidate Javier Fernandez in a fundraising email sent Thursday afternoon. However, later on Thursday, Fernandez told the Miami Herald that the email was sent out by his campaign team without his knowledge or consent, and is incorrect.

The Herald reports that Fernandez now says that he will “take immediate action within my campaign to address this dissemination of incorrect information.”

The 45-year old strategist served first as former U.S. Rep. Joe Garcia’s campaign manager and later as his chief of staff. He served 65 days in jail in 2014 after pleading guilty to state charges that he unlawfully submitted online absentee-ballot requests for unsuspecting voters in the 2012 congressional election. No ballots were sent out, so no votes were stolen.

After being released from prison on Christmas Day in 2014, he served three months of house arrest, and an additional 15 months of probation, where he was barred from volunteering or working for any political campaign.

Then in June of 2015 he pled guilty in Miami federal court for illegally financing the campaign of a ringer Tea Party candidate named Jose Rolando “Roly” Arrojo, whose role in the 2010 congressional election was designed to help the Democratic bid of Joe Garcia against Republican David Rivera.

Jeff Garcia and Arrojo were each charged with a misdemeanor of conspiring to give a campaign contribution of less than $25,000 to Arrojo’s “straw” Tea Party campaign. Garcia surreptitiously put up the $10,440 qualifying fee for Arrojo to pose as a tea party challenger to Rivera in the 2010 congressional election. The legal limit was $2,400.

Now the question is whether Garcia is in fact working for Fernandez, a 42-year-old attorney and former chief of staff to the mayor of Miami running in the HD 114 special election to replace Daisy Baez, who stepped down in November after pleading guilty to perjury in a case related to her residency within the district.

Fernandez told the Herald last week that Garcia was simply an “informal adviser.”

The special primary takes place next month, and the general election is scheduled for May 1.

Fernandez does not have a primary challenger, and will face the winner of the Republican Primary contest between Jose Pazos and Andrew Vargas.