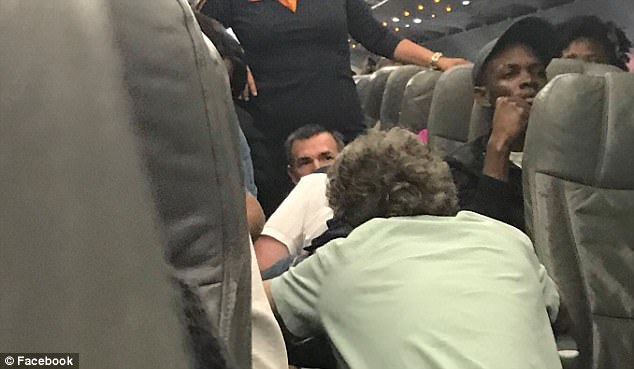 As first reported by The Daily Mail, two Florida anesthesiologists – Dr. John Flanagan and Dr. Matthew Stevenson – saved a woman’s life by literally “constructing a makeshift medical ventilator” during a JetBlue flight from Orlando to Jamaica.

In addition to the fact that they actually saved someone’s, life there are some really cool elements to this saga.

As told to FloridaPolitics.com, while on the flight, airline personnel noted that this woman, an elderly Jamaican, was in some sort of distress. At one point in the flight, the onboard employees casually (apparently so as to not freak out the other passengers) asked if there were any medical personnel on board.

There happened to be a travel nurse on board who was first to try to help. He had a pulse ox which when applied to the patient read in the 50’s with a very rapid heart rate. He also had an oxygen concentrator and attempted to administer oxygen, but it did not help. Stevenson saw the nurse needed assistance so he approached and saw the dire state of the situation. Stevenson went to the front of the plane and grabbed Flanagan. They opened the medical kit and found an AMBU bag.

At this point, Flanagan saw the nurse laying the patient down in the aisle. Flanagan grabbed the AMBU bag and went to the patient. She was unconscious and barely making respiratory effort. Stevenson told the pilot to land the plane and then grabbed the portable oxygen tank to hook up to the AMBU.

However, there was tubing that was not compatible with  the AMBU already attached to the portable oxygen tank and it would not come off.  They had no way to deliver oxygen to the patient. While Dr Flanagan ventilated the patient with air,  Stevenson did some MacGyver moves and was able to rig the tubing to the AMBU so that Flanagan could deliver oxygen to her lungs. After ventilating the patient, her pulse oximeter level began to rise and the patient stabilized.

Without the correct equipment at the ready, the two docs ripped apart an oxygen face mask and rigged it up to an oxygen tank and AMBU  – all the while the plane was basically in a nosedive as it turned back to make an emergency landing in Fort Lauderdale.

Photos on The Daily Mail site show passengers having to hold Stevenson in place in the narrow aisle as the plane cascaded downward. It was quite the scene.

Now keep in mind, they did all that – assessed the patient, requested a landing, found equipment, ascertained is was inadequate, found makeshift parts, ripped apart the mask and retrofitted the tubing onto the oxygen tank and mask ventilated the patient — all within about a couple of minutes!

The crowd cheered when they were on the ground and the patient began to look a lot better. She regained consciousness and asked ‘We in Jamaica?’ EMT’s transferred her to the hospital and the plane was allowed to continue to Jamaica.

Multiple people on board expressed their appreciation for what they did.

The Jamaican consulate is sending both doctors formal letters of appreciation.

previousAdam Putnam's full defense of swampy Tallahassee is worth reading