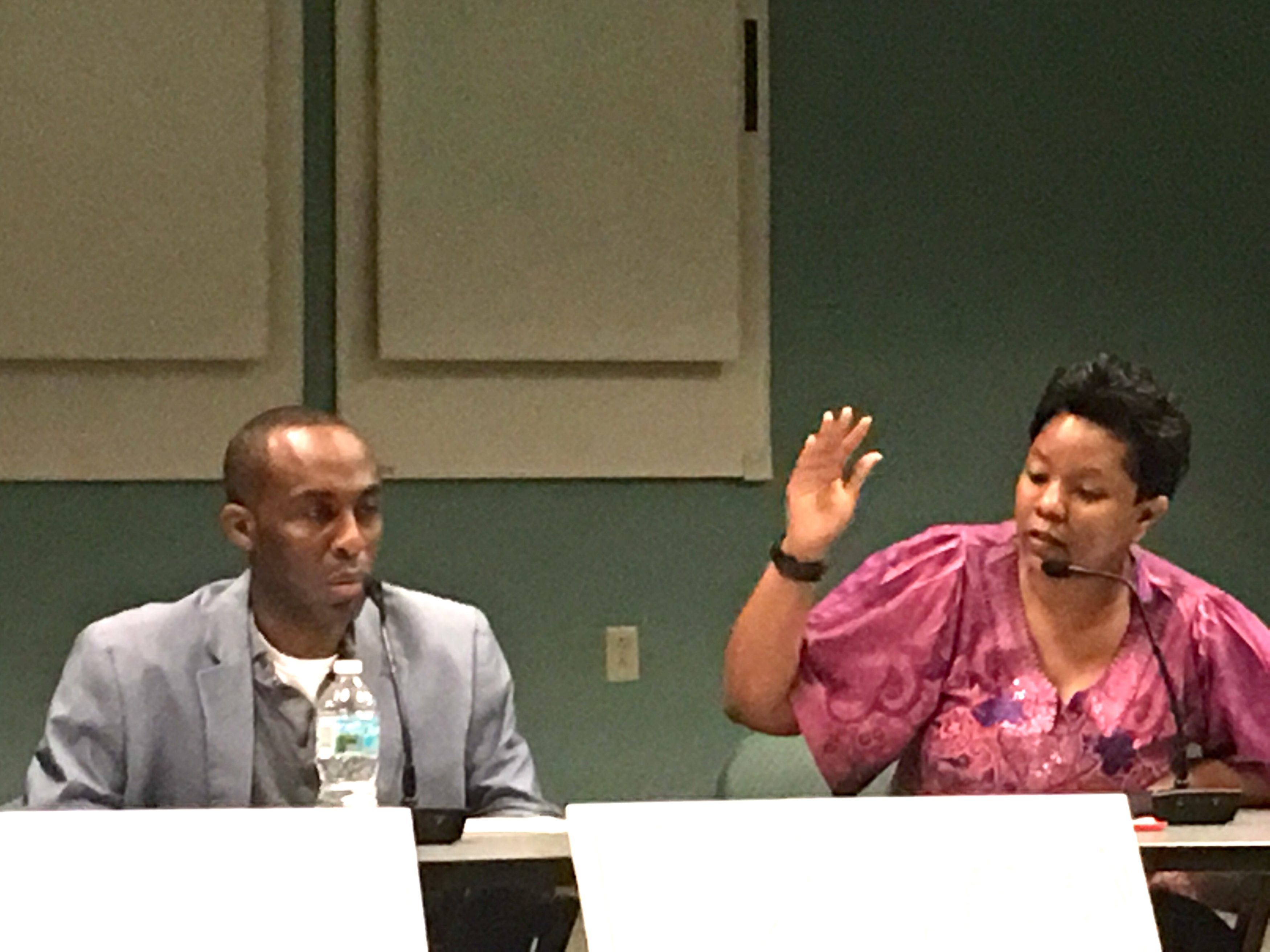 This time, however, a potential legislative remedy is in play.

Budget hearings in August saw multiple members, including Council members Katrina Brown and Reggie Brown, lament the slow pace of septic phaseout. $6 million a year is being allocated (via the current JEA Agreement that runs until 2021), split between JEA and the city, for a project that could cost anywhere from $300 million to $1 billion.

With JEA privatization or sale now a hot topic, Council members Brown and Brown, along with Sam Newby, Garrett Dennis and Reggie Gaffney, want to codify commitment to the septic tank phaseout project, via a bill (2018-76) that would obligate JEA to run sewer and water lines throughout the city.

That bill, which would secure in principle a long-awaited retrofitting of these areas, is due to be heard in committees next week.

But the Council members think more needs to be done, via the Northwest Jacksonville Trust Fund.

Councilman Brown noted that businesses are avoiding the Northwest Quadrant in part because of incomplete septic phaseout, and businesses that are in the area are getting letters from the State Attorney threatening them with shutdown if issues aren’t rectified.

“We don’t have an influx of businesses running to do business in our community, in part because of these challenges. I can’t get a business on U.S. 1, a major thoroughfare in our city,” Councilman Brown noted.

Councilman Brown noted the paradox: the Health Department and State Attorney enforcing standards that wouldn’t be an issue if the city had fulfilled its infrastructural obligations.

Councilwoman Brown noted that septic tank replacement can cost a business up to $25,000, which can wipe out reserves and force a business to relocate to areas with proper infrastructure.

“There’s a lot of failing septic tanks in our districts,” Councilwoman Brown said, advising joint legislation to move $6 million from the Northwest Jacksonville Trust Fund to remedy the issue.

“We’re talking about economic development all the time, but you can’t even keep the businesses in the area [because of septic issues]. We don’t need to sleep on this,” Brown said. “We have no program for [current] business owners.”

Current fund guidelines limit disbursements to new businesses, and provide just 10 percent of the project cost, said a representative from the Mayor’s Office. Code would have to be waived for this program, which a city lawyer said needed to be clarified as part of the legislation.

Councilman Garrett Dennis, fired up, said the time for talk is over and the time for legislation to move money for these purposes is now.

Compounding the impact of these issues: low valuation on these properties can make it not worth the commitment.

A representative from the State Attorney’s Office noted referrals come from the Department of Health or FDEP; he said the number of them was not “significant,” and that they are likely because the septic tank in question is broken and neighbors complain.

Sometimes, these complaints rise to the level of criminal violations, he said. While incarceration is possible, the SAO rep expressed confidence that hadn’t happened.

Councilman Sam Newby was concerned by the “verbiage” of letters from the State Attorney, noting that a 60 day jail sentence can be a death sentence for a small business.

The particulars of the legislation will have to be worked out, regarding caps on assistance levels, businesses that will be helped, and terms of loans and grants.

nextSunburn - The morning read of what's hot in Florida politics - 2.27.18