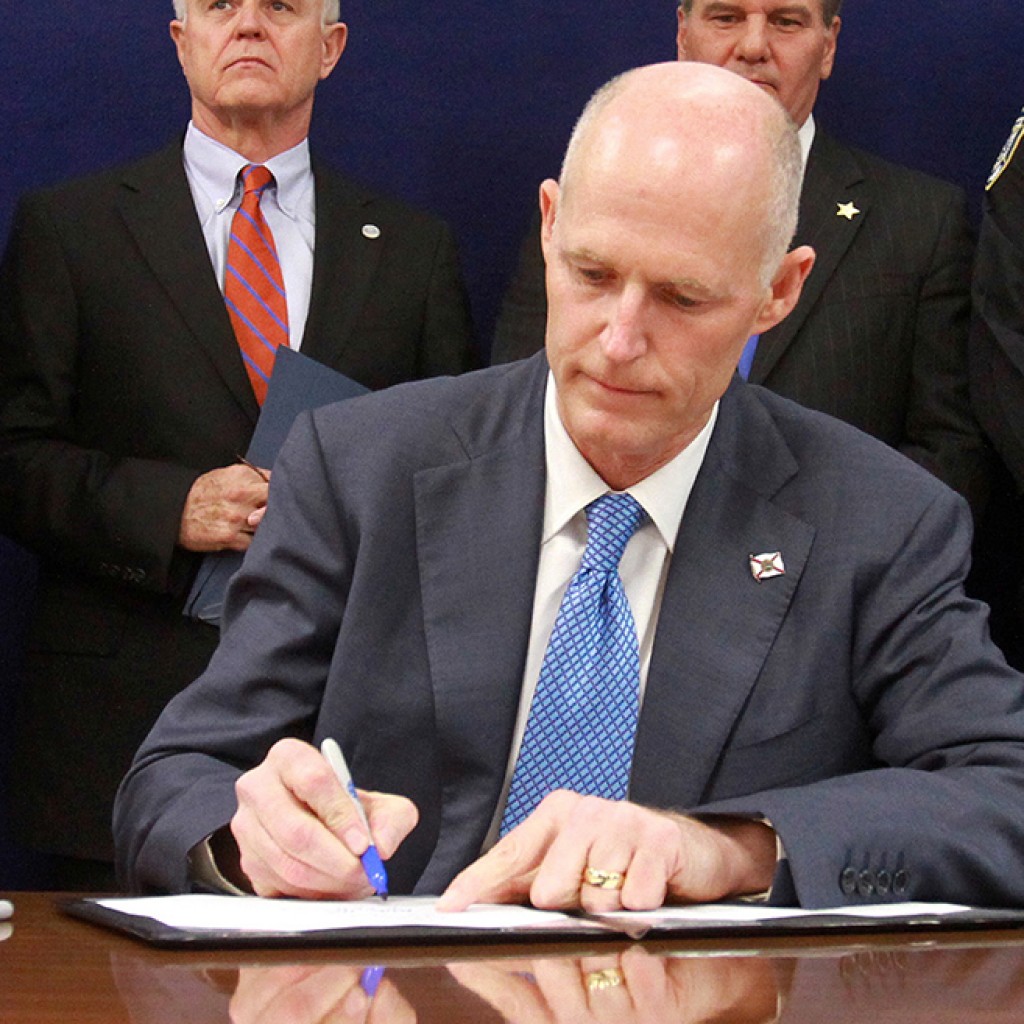 Local and state office holders in Florida will have to resign from their seats to run for a federal office that overlaps with their current term, under a bill signed by Gov. Rick Scott.

The measure (SB 186) was among 18 bills the governor signed into law on Friday.

The resign-to-run law expands a requirement that already applies to state and local elected officials who decide to run for other state or local offices.

The same requirements would apply to state or local officers who decide to run for Congress, under the law signed by Scott Friday.

The change in the resign-to-run law, however, doesn’t impact Scott — who is expected to announce a bid for the U.S. Senate on April 9 —  because his term expires after this year’s general election.

The Legislature in 2007 lifted the part of the resign-to-run law regarding federal officials, when then-Gov. Charlie Crist — a Republican at the time — had hopes of being tapped as a presidential running-mate.

The change is expected to give elected officials considering a run for open congressional seats time to put together campaign efforts before being required to resign.

The measure, which became effective upon Scott’s signature, exempts officials such as Scott, whose term runs through Jan. 3 and whose successor will be inaugurated on Jan. 8.

The inauguration timelines could complicate Scott’s effort to name three new state Supreme Court justices whose terms expire Jan. 8 — his final day in office — if he were to win the federal seat.

But the new law resign-to-run requirement doesn’t apply to officials like Scott, whose terms are set to expire and will be filled in the same primary and general election as the federal office they are seeking. That means that, if Scott runs for the U.S. Senate and loses, he could remain governor until Jan. 8.

While the new law won’t affect Scott, at least two state senators will have to step down to comply with the change.

The Senate terms of Miami Democrat Jose Javier Rodriguez and Sarasota Republican Greg Steube are slated to end in 2020, but both plan to run for open congressional seats this year.

While the law will requires Steube and Rodriguez — who both voted in favor of the measure — to resign, the change shouldn’t be problematic for state House members running for Congress. The House lawmakers’ two-year terms run out in November and congressional terms don’t begin until January.

A Senate staff analysis of the bill predicted the change in the resign-to-run law would result in fewer cases of the special-election domino effect.

“Under current law, this senator does not have an incentive to resign from his or her Senate seat unless he or she wins the election,” the analysis reads. “And if he or she wins, the governor must call a special election after the general election to fill the vacant Senate seat. Then, one or more members of the Florida House of Representatives will likely resign and qualify to run for the Senate seat. As a result, the Governor must call another special election to fill any vacant House seat. This cascade of vacant offices and special elections to fill the offices could continue down to the local level.”

In other bill action Friday, Scott signed a measure (HB 961) that allows alcohol vendors to receive up to 10 cases of branded glassware — 24 glasses per container — each year from a malt beverage manufacturer or importer.

Supporters of the “beer glass” bill maintained that the change would allow small businesses to save on the cost of glassware.

But a number of craft brewers who opposed the measure argued that it would allow a “miniscule cadre of brewers” who could afford the costs to flood the market with company-branded glassware in exchange for free advertising at bars and restaurants.

— HB 6049, which removes a requirement that an applicant for a medical-marijuana license slotted for a black farmer be a member of the Black Farmers and Agriculturalists Association-Florida Chapter. The change is expected to resolve a legal challenge over the black farmer provision in state law.

— HB 1211, known as “Ellie’s Law,” which requires commercial airboat operators to take a Florida Fish and Wildlife Conservation Commission course and complete a first-aid course that includes cardiopulmonary resuscitation. The measure is named after Elizabeth “Ellie” Goldenberg, 22, who died last year after being thrown from an airboat during an Everglades tour. Goldenberg was with her family celebrating her graduation from the University of Miami.

Scott also vetoed his first bill of the year, a local bill (HB 1113) that would have expanded membership on the Palm Beach County Housing Authority from five to seven members.