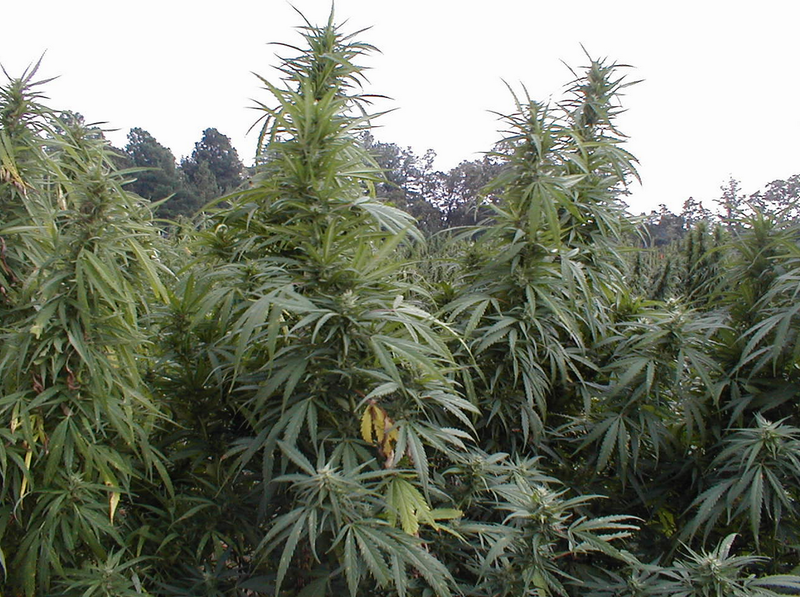 An appellate court is asking Tampa strip club mogul Joe Redner why it shouldn’t “review” a lower court order that he can grow and make juice of medical marijuana.

Outside lawyers for the Department of Health Tuesday appealed Circuit Judge Karen Gievers‘ decision to lift the ‘stay‘ on the case, making her ruling have an immediate effect. It also appealed the underlying decision.

That same day, the 1st District Court of Appeal (DCA) issued an order to Redner to “show cause” why it shouldn’t act. The 1st DCA order gives Redner and his attorneys till Thursday to respond.

That response hadn’t been filed with the court as of Wednesday morning, dockets show.

Redner is a lung cancer survivor who is in remission. His doctors say juiced marijuana is the “optimal” way to keep his cancer in check.

The department, on the other hand, “has provided no evidence of the harm it will suffer” by lifting the stay, Gievers wrote in an order released Tuesday, adding that medical marijuana regulators have not “complied with (their) constitutional duties as to determining dosage.”

Her prior order limits Redner to no more than eight ounces daily, based on his doctors’ recommendations.

Gievers previously said her decision was supported by the “clear language” of the state constitutional amendment OK’d by voters in 2016, and the “lack of any credible evidence” to the contrary.

Her order, which applies only to Redner, allows him to “possess, grow and use marijuana,” but only for juicing. 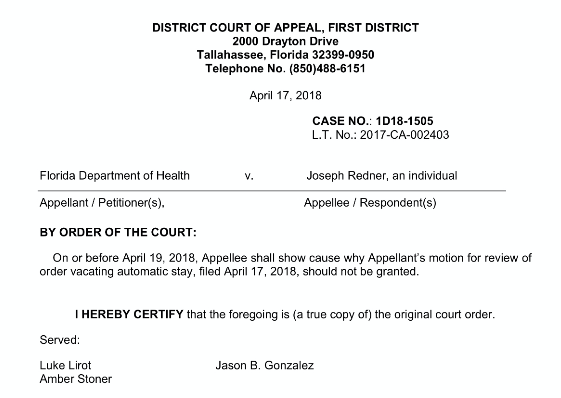