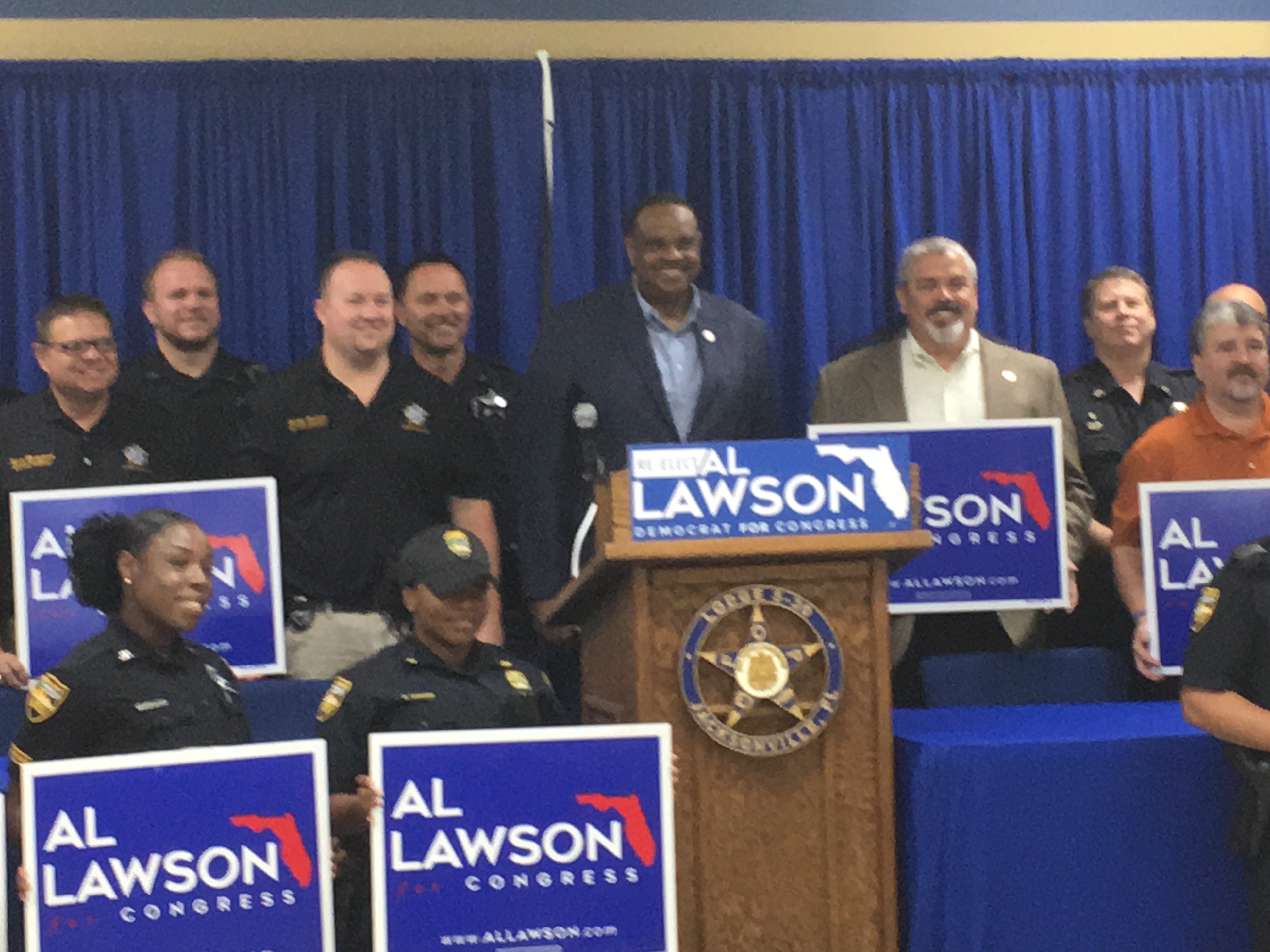 The local is backing Lawson, a first-term Democrat from Tallahassee, in his primary challenge from Alvin Brown, a former Jacksonville Mayor.

Brown didn’t even sit for an interview with the union — and given Lawson’s history of support for and from law enforcement (his first FOP endorsement was in 1982), an interview may not have mattered.

FOP head Steve Zona offered a ringing testimonial for Lawson, noting that “public safety in Jacksonville is your turf.”

Lawson, meanwhile, told the officers on hand that “you don’t have to worry about where I stand. I stand with you.

In 2015, the FOP backed Lenny Curry over Brown.

Meanwhile, the state FOP endorsed Lawson in his race against former U.S. Rep. Corrine Brown in 2016; this time out, there clearly was no reason for the union to deviate from established protocol.