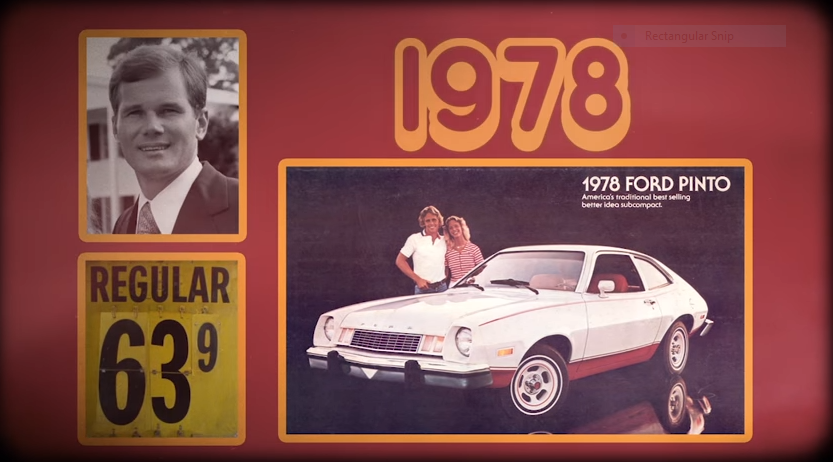 The Ford Pinto, a tragicomic compact car that came out of Detroit in the 1970s, was known for a design flaw: its rear-mounted gas tank made the car prone to explosion when rear-ended.

Despite these issues, the car was still the most popular American compact even in 1978.

A new ad from the Senate campaign of Gov. Rick Scott invokes the dread image of the Pinto, noting that forty years ago, as the car still filled lots from coast to coast, current Sen. Bill Nelson was just entering Congress.

Forty years later, the ad posits, most Pintos are rusting away in junkyards … but Nelson is still in D.C., a member of the Senate.

The juxtaposition of the bygone commuter car and the long-serving U.S. Senator is at the heart of Scott’s latest ad, “Pinto,” which uses a horn-driven, funkafied backing track to drive home a message.

“Forty years later, a lot of things changed, but Bill Nelson is still in Washington, still collecting a paycheck,” the narrator intones.

“And besides reading speeches, what has Nelson done all those years? 349 times, he’s voted for higher taxes. Isn’t a half century in Washington enough?”

The ad will air statewide, with $2.7 million behind the buy.

Scott has already spent $17 million on anti-Nelson ads this cycle.