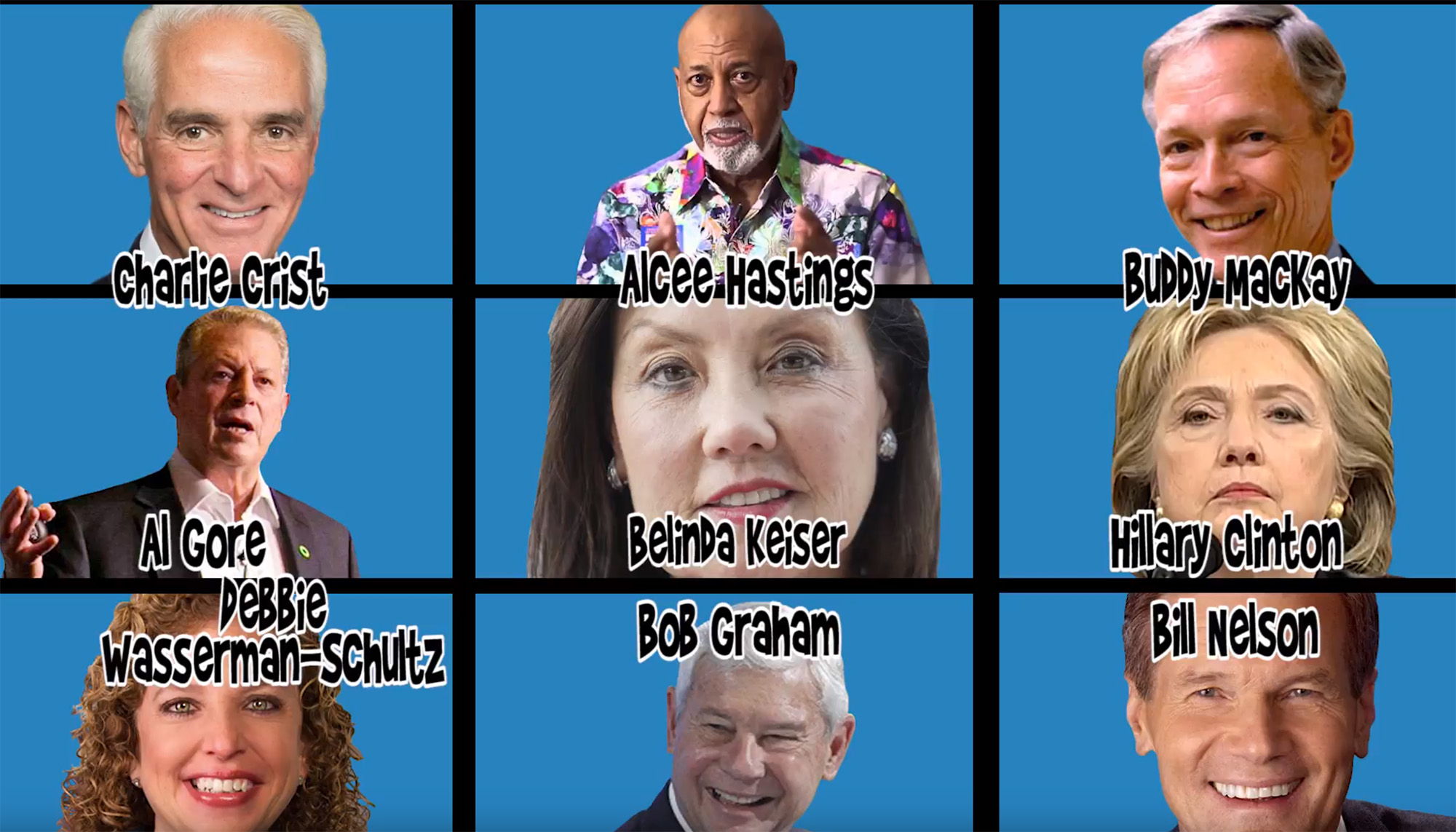 A political committee tied to the Florida Medical Association released a new ad Wednesday hammering Belinda Keiser, who is running as a Republican in the special election for Senate District 25.

FMA is backing Stuart Republican Rep. Gayle Harrell in the SD 25 race, which is opening up this year due to the early exit of Senate President Joe Negron.

“The Keiser Bunch,” as the title hints, borrows heavily from the intro to Sherwood Schwartz’s famous 1970s sitcom to cast Keiser as a faux Republican, still in league with the Democrats she’s been donating to for decades.

Those eight Democrats got a spot in The Keiser Bunch because they’re among the better-known Democrats who have received campaign contributions from Keiser, but that list isn’t exhaustive.

“Here’s the story of Belinda Keiser moving from Parkland to run as a Republican for Senate. She’s donated thousands to Democrats like ‘crooked Hillary,’ Al Gore, Debbie Wasserman Shultz and not one dime to President [Donald] Trump. And she’s even run for office as a Democrat,” the ad narrator states.

The ad then pans over a spreadsheet showing dozens of donations Keiser made to Democratic politicians over the years. Federal candidates alone have received $141,667 from the Keiser University chancellor, add in state-level candidates and the Florida Democratic Party and that figure approaches nearly $200,000 without adding in the funds she used to boost her failed campaign as a Democrat for state House.

“Blue wave Belinda has paid her dues to the left, but this Broward County Democrat won’t fool us. Vote no on ‘blue wave’ Belinda Keiser,” the ad concludes.

Keiser’s palatial Parkland home is 80 miles away from the southern border of SD 25, which covers all of St. Lucie and Martin counties, along with a small portion of Palm Beach County. Despite the long trek, she filed for the seat using the address of Keiser University’s St. Lucie campus shortly after Negron’s announcement.

Since then she’s attempted to paint herself as a loyal Trump supporter who has been a member of the Republican Party since the turn of the century, though a cursory search of her own statements shows she joined the GOP no earlier than 2007.