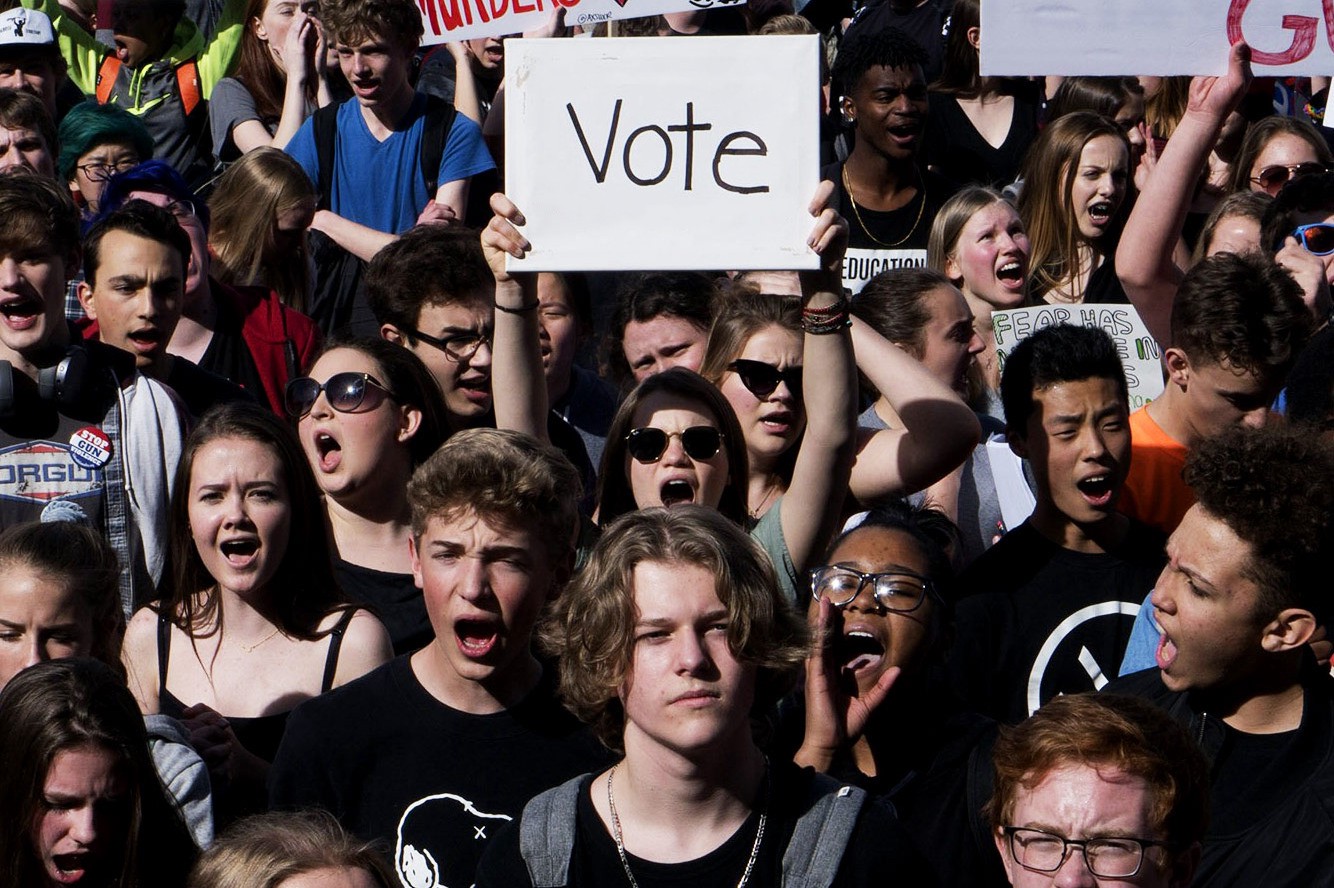 A record number Democratic candidates qualified for state races this week, and the Florida Democratic Party said now it’s time to prepare for the “Blue Wave.”

“From the Gubernatorial race, to State House and Senate, to county commissioners and mayors, we have the most qualified, committed, and exciting group of candidates we have ever seen,” said FDP Chair Terrie Rizzo.

“We have a record number of people who have stepped up to run, and what this shows us is that no GOP seat is safe. After nearly 20-years of all-Republican rule, Floridians are fed-up with economic policies that don’t benefit working families, they are tired of their children’s education being shortchanged, and they are tired of leaders who have failed to take action on everything from gun violence prevention to climate change.”

“Women will be the difference in 2018, I do truly believe that. They are instrumental to the success of the Democratic Party, and they feel more empowered than ever to take their future into their own hands by running for office,” she said.

It’s too early to tell whether Democrats can crack the GOP’s hold on state government by flipping the Governor’s Mansion, or possibly even the state Senate, but now that the title cards are set it’s clear heretofore underdogs’ strategy is more reminiscent of Rocky than Glass Joe.

Republicans currently hold a 23-16 advantage in Florida Senate, with one vacancy. Democrats plan to take the chamber back has been clear for months — flip Tampa Bay and field fresh, credible challengers in Gainesville-based SD 8, Lakeland-based SD 22 and Miami-Dade-based SD 36. Win five, win the Senate.

On the Tampa Bay front, Democrats have recruited House Minority Leader Janet Cruz to challenge Republican Sen. Dana Young in SD 18; former Democratic Rep. Amanda Murphy to take on former Republican Rep. Ed Hooper in SD 16, and trial attorney Carrie Pilon to challenge St. Petersburg Republican Sen. Jeff Brandes in SD 24. None of those races will be easy, but the 2018 crop of candidates is certainly more competitive than in 2016.

In SD 8, the party likes its odds with Kayser Enneking, and she’s done her part by pulling in a respectable amount of cash for her campaign. Incumbent Republican Sen. Keith Perry still leads her in fundraising, but not by near the margin found in the Tampa races.

The fundraising gap and Republican lean is more significant in SD 22, where former circuit court judge Bob Doyel is challenging Lakeland Republican Sen. Kelli Stargel. He’s a much more formidable opponent however than the 2016 Democratic nominee, Debra Wright, who to her credit still came within 7 points despite being outspent 20-to-1.

Time will tell on David Perez’ bid against Republican Rep. Manny Diaz in SD 36. Diaz is a popular and very well-funded, and Perez has only been in the race for a couple of weeks.

While the Senate roadmap is known, Florida Democrats have been less direct about their overall strategy to chip away at the GOP’s sizable majority in the House.

Republicans currently have a stranglehold on the chamber, which is split 76-41 with three vacancies. Two of those empty seats are Republican locks, and the third was a gimme for Democrats — congrats to Boynton Beach Democrat Joseph Casello, who was elected to HD 90 without opposition Friday.

At 42 seats, the party is still a dozen from the number that went for Hillary Clinton in 2016, and in 2018 the strategy in the lower chamber reflects a familiar adage: “You must be present to win.”

To that end, Democrats are fielding a candidate in over 100 districts, a marked increase from the 63 Democrats who took a shot in 2016. And it’s not all quantity over quality — a cursory glance the 95 House races that weren’t decided Friday jogs the memory on some of the strong candidates running under the Democratic Party banner.

Even in some districts previously thought of as moonshots, some real-deal candidates have shown up and gotten to work. In Sarasota’s HD 74, for instance, Tony Mowry is confident he can hand James Buchanan his second defeat of the year in a traditionally Republican seat. Tracye Polson is matching her GOP opponents in fundraising in her bid to flip HD 15, the seat vacated by Jacksonville Republican Rep. Jay Fant.