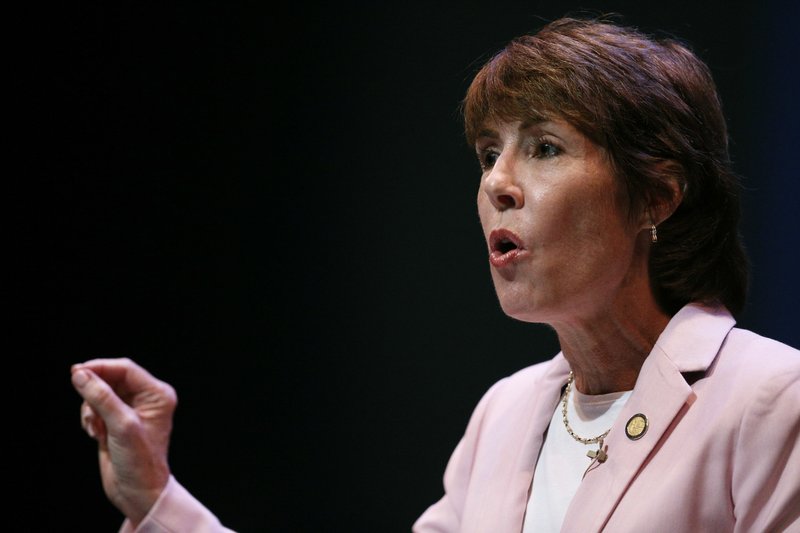 Abortion rights could be stripped away under a new-look U.S. Supreme Court, former Democratic U.S. Rep. Gwen Graham told a group of women Friday, and she said that as the only woman running for Florida governor she’s in the best position to preserve those rights in the state.

Graham met with more than 20 women to discuss the future of abortion in Florida, and one-by-one they told her that they were afraid rights to a safe, legal abortion could be set back decades.

Graham told them that if President Donald Trump’s Supreme Court nominee Brett Kavanaugh is seated on the bench, then Roe v. Wade will “probably” be overturned.

“And then the line of defense for women’s health care rights — for women to be able to determine their own rights with their own bodies — becomes the states. The states will either protect a woman’s right to choose or not,” she said. “We all know what’s on the line.”

In Florida, that could be particularly important. Republicans have held the governor’s office and both legislative branches for nearly 20 years. During that time, they’ve passed several laws making it more difficult to get an abortion. Some of those have been overturned by a liberal-leaning state Supreme Court.

Three liberal justices are retiring on the same day a new governor is sworn in. That could enable the next governor to stack the court on the issue for years to come.

Graham promised to veto any bill that in any way restricts access to abortion. She said nobody should have to worry “that we or our daughters would have to go back to the time of backroom abortions, where people were dying.”

But the women in the room did express their fear.

“It’s time we’ve had a changed world in which women are equally represented in any conversation about our health care options,” she told reporters. “No man should ever be telling a woman whether a health care decision that she needs to make should be made thinking that government … is influencing the decision.”