Rick Scott: 'I disagree with the president' on Vladimir Putin 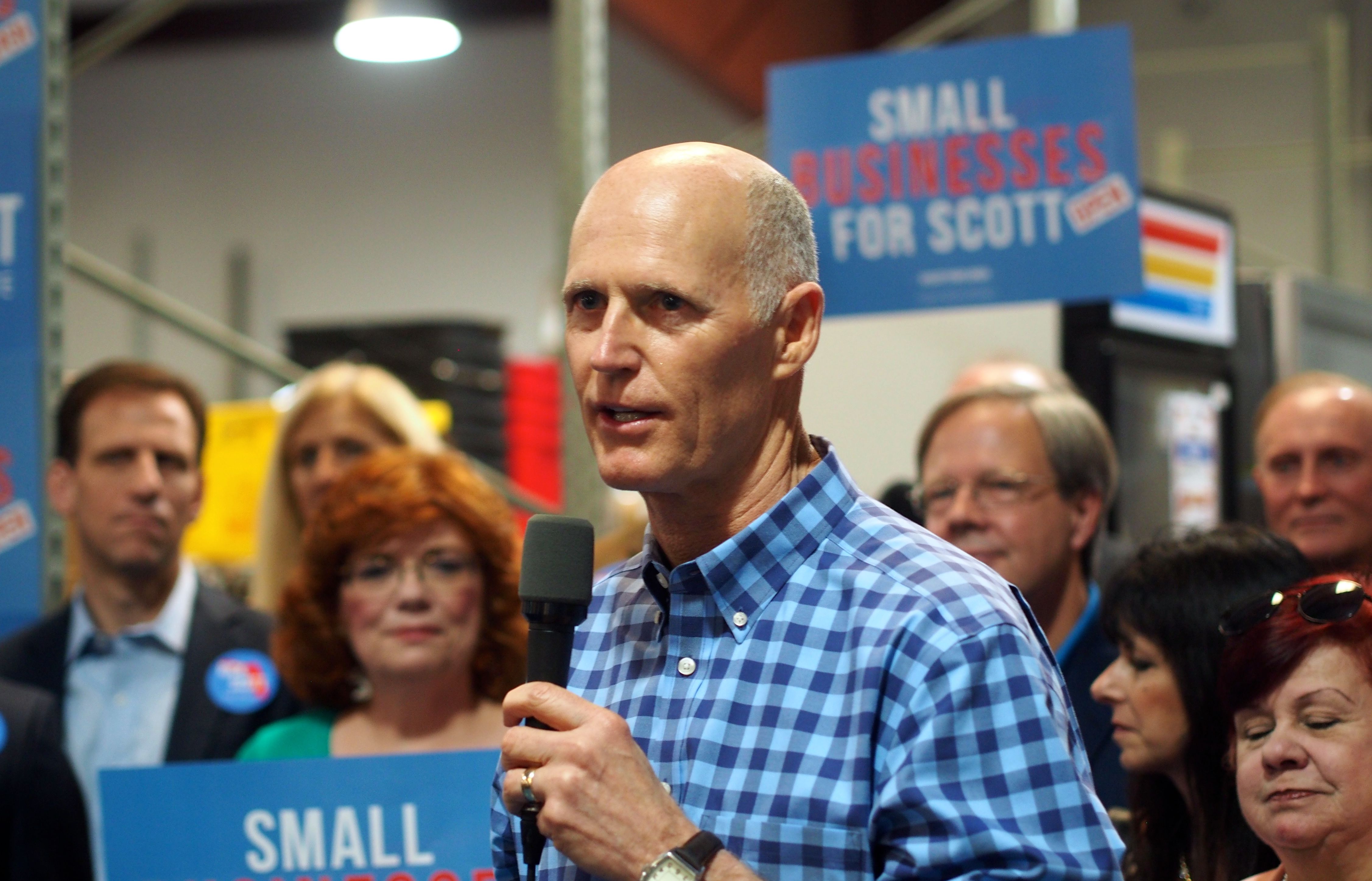 In a campaign stop for his drive to become Florida’s next U.S. senator, Republican Gov. Rick Scott sought to put daylight between himself and President Donald Trump Tuesday, saying he disagreed with him on the positions he expressed Monday in Helsinki toward Russia and its leader Vladimir Putin.

Scott essentially dodged that question on Monday, condemning Putin but declining to address Trump’s political embrace of the dictator in Helsinki. For that, Scott’s Democratic opponent, U.S. Sen. Bill Nelson, charged that Scott was refusing to stand up to his “pal” in the White House.

On Tuesday, at an event at Restaurant Supply World in Orlando to announced the endorsement of the National Federation of Independent Businesses of Florida, Scott stood up to Trump, though not quite by name.

“I completely disagree. I disagree with the president,” Scott replied to a press question. “I think Putin, he’s not to be trusted. I’m very skeptical of him. I don’t think he’s a friend; he’s a foe.

“I think that there is clear evidence that he tried to meddle in our election,” Scott added.

“I’ve worked worked to try to make sure our Florida elections are fair. I want everybody to vote but I don’t want there to be any fraud,” he continued. “That’s why I’ve added counter-terrorism people at [the Florida] Secretary of State [Office]. We quickly tried to get the money out the federal government sent down to help our superviosors of elections. But I disagree with the president yesterday.”

This was Nelson’s statement on Monday after Scott condemned Putin but said nothing about Trump:

“Today, Donald Trump sided with Putin over the people of the United States. And, once again, Rick Scott has refused to stand up to his pal, Donald Trump – now on an issue that puts our national security at risk. Floridians need a senator who will stand up to Trump, especially when our democracy is under attack, and Rick Scott’s refusal is just another reminder that he’s only looking out for himself.”