A Tallahassee judge has rejected the state’s request for a rehearing in a battle about whether lawmakers properly carried out a 2014 constitutional amendment that required spending on land and water conservation.

That sets the case up to potentially next go to the 1st District Court of Appeal.

Circuit Judge Charles Dodson issued a three-page order Monday turning down the rehearing request. Last week, he also denied a request from the state to disqualify him from the case.

In June, he ruled that lawmakers had failed to properly comply with the voter-approved constitutional amendment, which required using money from a real estate tax to bolster land and water conservation.

The constitutional change, passed by nearly 75 percent of voters, mandates state spending for land and water conservation. It requires state officials to set aside 33 percent of the money from the real estate “documentary stamp” tax to protect Florida’s environmentally sensitive areas for 20 years.

Environmental groups filed legal challenges against the state in 2015, contending that lawmakers had diverted portions of the money to other expenses. Dodson last month ruled in favor of Florida Defenders of the Environment and the Florida Wildlife Federation.

“These cases were consolidated at the request of defendants (the state),” Dodson wrote. “Their motion to consolidate was filed Aug. 19, 2016. In it, they vigorously argued consolidation was necessary to avoid inconsistent results in the two cases. I agree. The motion for rehearing is denied.”

Includes material from The News Service of Florida, republished with permission.

“‘Thumb on the scale’: Democrats attack Florida law that lists Republicans first” via Steve Bousquet of the Tampa Bay Times

“Critics say pricey, exclusive toll lanes (“Lexus Lanes”) hurt the poor. Will it change with a new governor?” via Mitch Perry of The Florida Phoenix

“It’s back: Costco’s weapon to win ‘whiskey and Wheaties’ war” via Jim Rosica of Florida Politics

“Florida TaxWatch presses for focus on school leadership, role of principals” via Jeffrey Solocheck of the Tampa Bay Times

“Uptick in young voter registrations, post-Parkland, same as 2014 — when GOP won” via Alex Leary of the Tampa Bay Times

“(He’s) bankrupt of ideas and he has to resort to these dumb ideas to try and get attention for himself and his campaign.” — NRA lobbyist Marion Hammer on a mailer from Democratic candidate for Governor Jeff Greene that shows school kids as shooting targets. 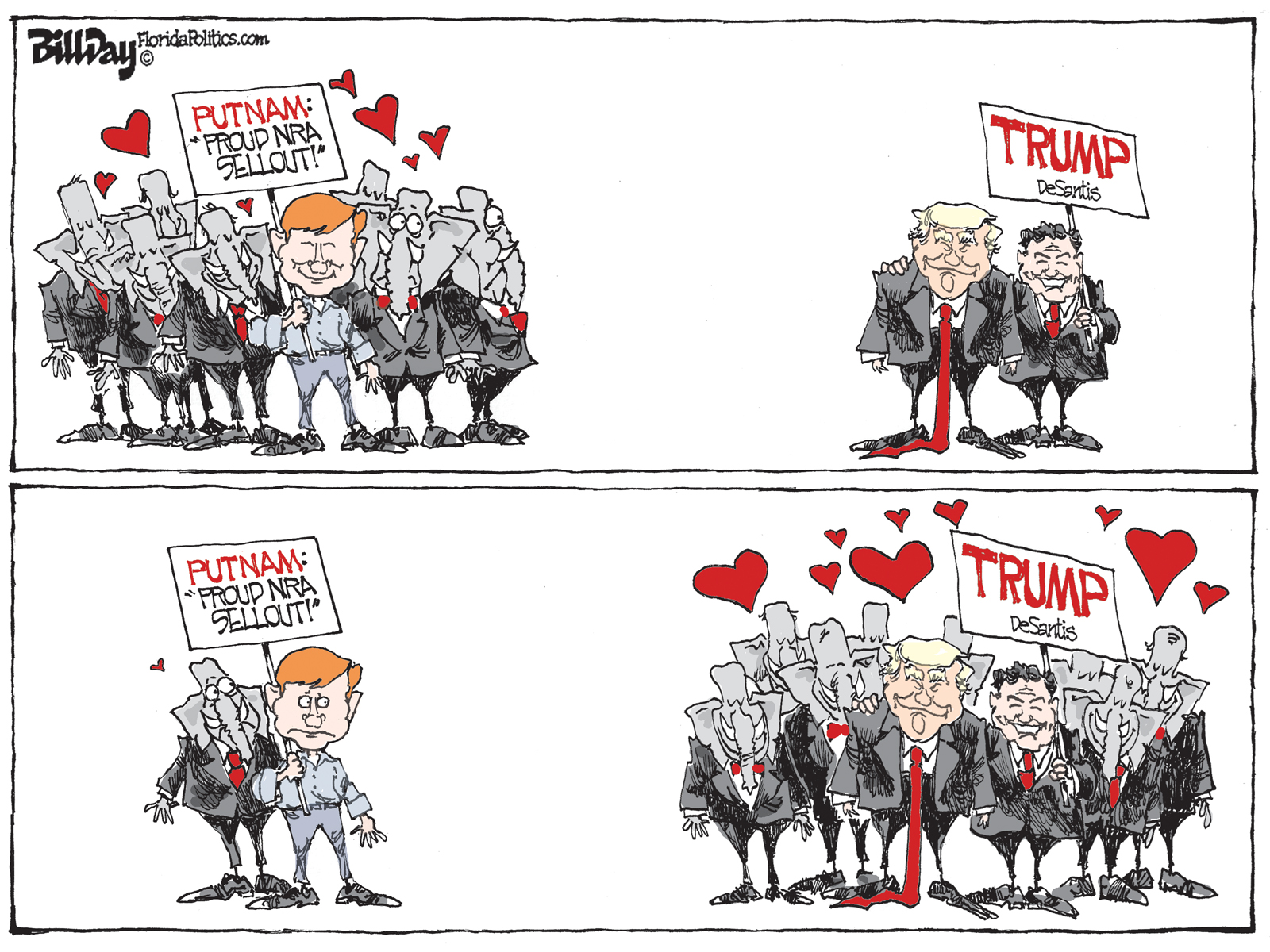 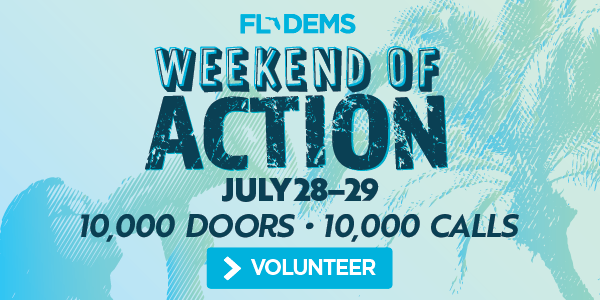 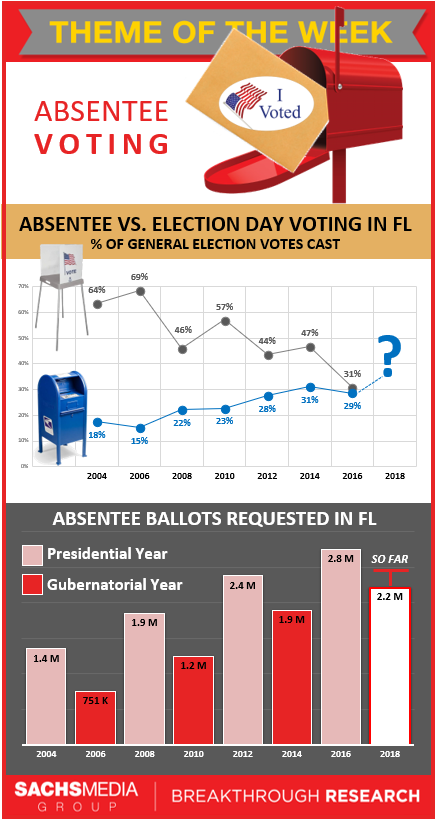 The Women’s Foundation of Florida will hold a “Women on the Run” event in Broward County to help mentor and train women to run for office. That’s at 5:30 p.m., Broward County School Board, 600 S.E. Third Ave., Fort Lauderdale.