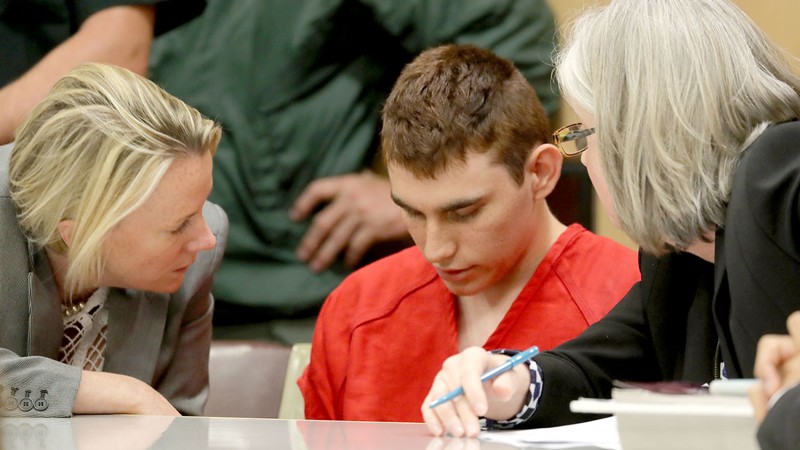 A Florida newspaper faced an ethical dilemma after a school district’s mistake exposed details that were supposed to be redacted from its lengthy examination of the education of school shooting suspect Nikolas Cruz.

The material two judges had ordered kept secret shows that Broward County school officials failed to follow state and federal laws that provide for disabled students. It lays out in abundant detail why Cruz needed the school system’s therapeutic services. It describes how bureaucratic failures essentially left the mentally disturbed 18-year-old without support for 14 months leading up to the attack that killed 17 people at Marjory Stoneman Douglas High School.

The district publicly released the report Friday with nearly two-thirds of its content blacked out to protect Cruz’s privacy rights. But the report was prepared in a way that anyone could see the entire text after copy-pasting the blacked-out report into a Word document.

Alerted by a reader that the full report was visible, the South Florida Sun-Sentinel decided that it couldn’t hold back these details, and had a duty to report Friday night on the mistakes school officials made.

Events surrounding the shooting are “of the utmost importance to our community,” Editor-in-Chief Julie Anderson explained in a story on Tuesday.

The Broward County school board is urging the judges to hold the paper and two of its reporters in contempt. The board’s filing says the newspaper “opted to report, publicly, information that this court had ordered to be redacted despite agreeing, on the record, that this information was protected by Florida and federal law. This is a clear violation of court orders and constitutes contempt of court.”

The Associated Press and other media organizations limited their Friday reports to the blacked-out version, which was more general in nature.

Contempt of court can be punishable by a fine or even jail time. A lawyer for the Sun Sentinel declined comment, and no hearing has been set before Circuit Judge Elizabeth Scherer. She is presiding over the Cruz criminal case and approved release of the redacted education report Friday despite claims from Cruz’s defense attorneys it would threaten his right to a fair trial.

Another judge approved the redactions as well.

The Sun Sentinel is the main local paper in Broward County, and Anderson said its readers have a right to know as much as possible about events leading up to the shooting.

“After consulting attorneys about the situation, and realizing the school district had made the full report public, we published a second story that gave more context,” she said.

The 70-page report commissioned by the school board was done by the Tallahassee-based consulting firm Collaborative Educational Network Inc. The Sun-Sentinel reported that the consultant concluded that school officials did not follow state or federal law regarding special needs or disabled students.

The newspaper reported that officials misinformed Cruz about his options after the failure of efforts to mainstream him at Stoneman Douglas. This misinformation led Cruz to refuse special education services, and because he was 18 by then, he could make such decisions without parental involvement. Cruz later asked to return to an alternative school for special education students, but the district failed to follow through.

That meant Cruz had no counseling or special education services in the 14 months before the Valentine’s Day massacre. The report draws no conclusions about what role that played in the shooting.

Broward schools superintendent Robert Runcie said the board always intended to eventually release the entire Cruz report. The school board’s contempt filing says the redactions were done only to comply with state and federal privacy laws. Runcie told the paper Friday that “it should not be insinuated or suggested at all that we wanted to redact or hide portions from the public.”

Runcie also said that the purpose of the report was to explain to the public what happened, to fix any problems identified by the experts, and to better train staff in the future. The details accidentally revealed do not alter any of the conclusions, he said.

Cruz, 19, faces the death penalty if convicted of murder. His attorneys have said he will plead guilty in return for a life sentence, but prosecutors have rejected that offer.