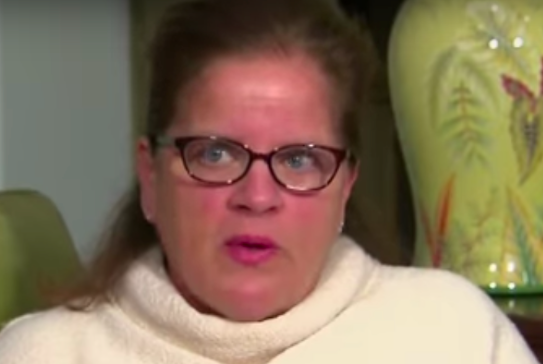 Florida Democrats called on Republican gubernatorial candidate Ron DeSantis to fire a woman from his campaign after she questioned if Brett Kavanaugh’s accuser was merely bitter because he liked another girl.

Lourdes de la Peña participated in a CNN interview of female Kavanaugh supporters that went viral this weekend. In the course of the interview, de la Peña said she had “no sympathy” for Christine Blasey Ford, a Palo Alto University professor who says Kavanaugh assaulted her at a party when both were in high school.

“Perhaps maybe at that moment she liked him. And maybe he didn’t pay attention to her afterwards and he went out with another girl. She got bitter,” she said. “Whatever the situation is, they’re kids.”

In the course of the interview, which also included comments by former Congressional candidate Gina Sosa, de la Peña said Ford’s credibility comes into question because of how long it took her to make the accusation.

“How can we believe the word of a woman on something that happened 36 years ago and this guy [Kavanaugh] has an impeccable reputation,” de la Peña said. “Because one woman made an allegation? I’m sorry, I don’t buy it.”

When CNN correspondent Randi Kaye asked if this should be investigated by the FBI the same as accusations of now-Supreme Court Justice Clarence Thomas, de la Peña dismissed that as a false comparison.

“This is not the same,” she said. “This is a high school kid. This is not Anita Hill. Sorry.”

De la Peña said she believed Kavanaugh that nothing happened, but also said you can’t “judge the character of a man based on what he did at 17.”

When asked if the allegation were true if she’d still support Kavanaugh’s confirmation, de la Peña gave a conditional affirmation.

“As long as that’s an isolated incident,” she said, “then yes.”