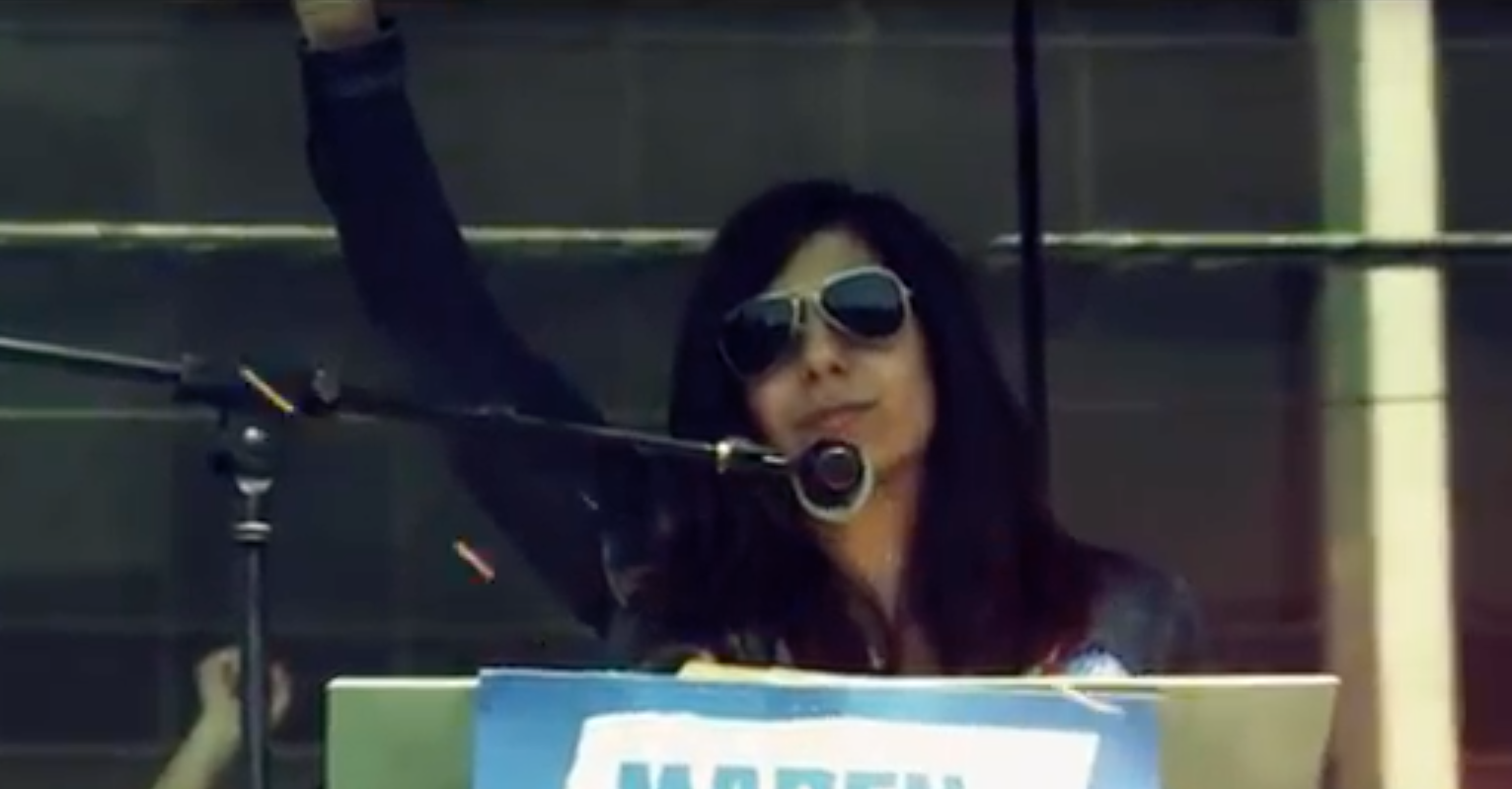 Eskamani, who faces Republican Stockton Reeves for the open House District 47 seat to represent much of central Orange County, has been the subject of attack mailers and a cable-TV commercial denouncing her use of profanity on the campaign trail, as Republicans seek to paint her as someone unfit for office.

The new one-minute, 15-second video, “Florida’s Avenger”, is directed to have the feel of a trailer for a super hero movie, starring Eskamani. The term “avenger” is borrowed not just from the super hero movie franchise but also from the Time magazine cover, earlier this year, which featured Eskamani among women candidates the magazine declared to be “The Avengers.”

It defiantly shows off the Republian mailers, and a couple of news items reporting that the Republican Party of Florida is seeking to convince voters that she is not the type of person they want representing them in Tallahassee. Those shots are interspersed with video clips and pictures of Eskamani leading protests, speaking at events and campaigning.

There also is some campaign platform messaging on education, the environment and health care.

“Anna Eskamani, the only candidate in House District 47 who is a proven fighter for working families, taking on the insiders, speaking truth to power, even when they don’t like it. This November, chose a candidate who won’t back down, a candidate who has support from Democrats, independents and Republicans, someone who will always listen, always stand up for Central Florida,” a narrator says.

That sentence ends there, after a close up of a Republican mailer quoting Eskamani as saying, “I don’t take s— ever” and “Look at the s— we have to put up with”, with the last three letters after the s blacked out

As for the endorsement of the past Democratic president, she stated in a press release from her campaign, “As a former state legislator himself, President Obama recognizes the importance of electing strong leaders at the state level. “Our 44th President inspires me each day to be a compassionate and bold leader for our community, and to fight for Florida’s hard working families. This distinction will only fuel our fire to win and give the people of House District 47 the representation they deserve.”