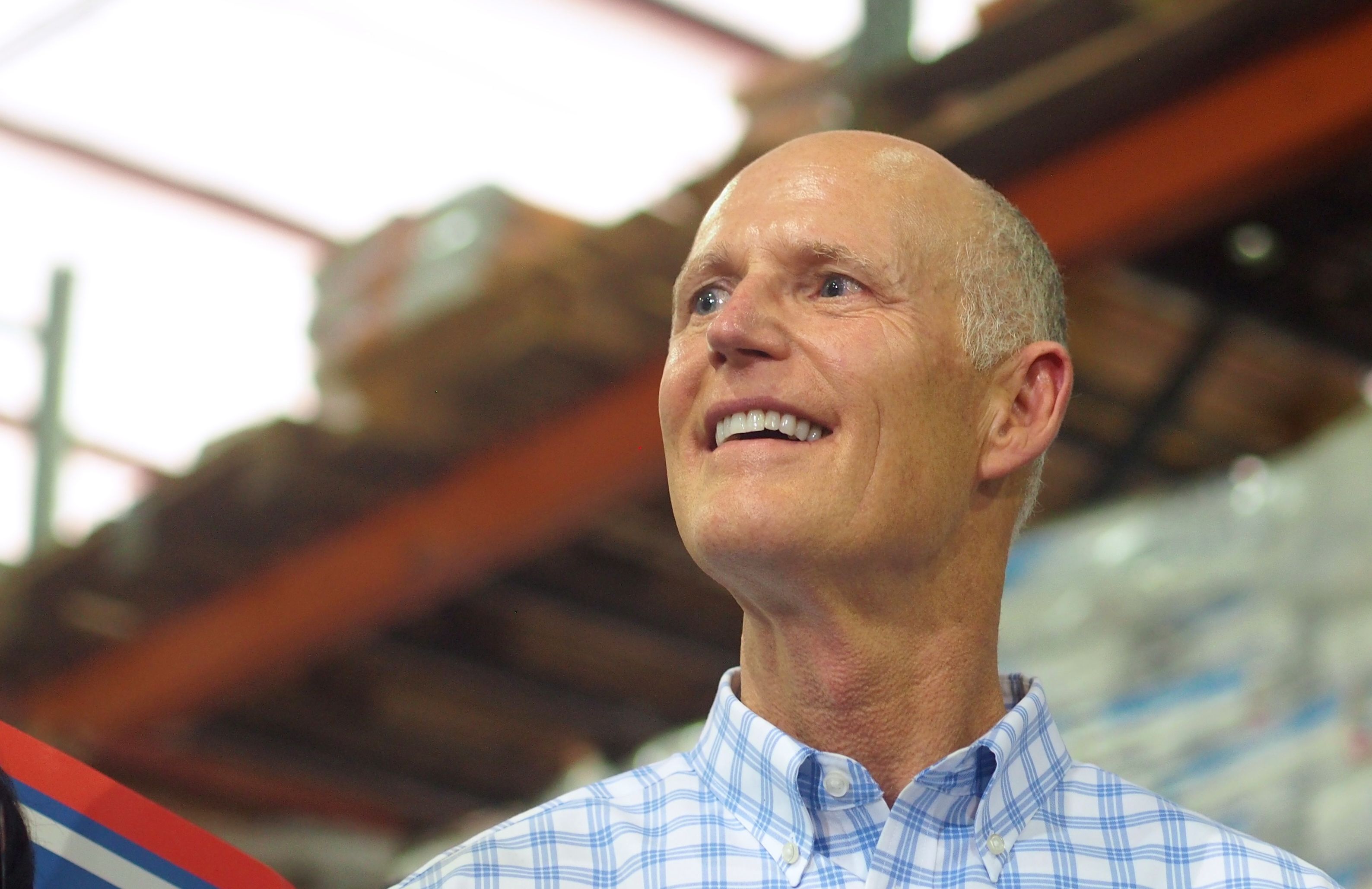 Gov. Rick Scott has been easing his way back onto the campaign trail, including a cameo at President Donald Trump‘s southwest Florida rally Wednesday.

Scott will return to Jacksonville Friday afternoon, for a rally at a local church for his Senate bid. Accompanying him: South Carolina Sen. Lindsey Graham, who undoubtedly will make a strong case as to why Democrat Bill Nelson needs to be bounced from the Senate.

Graham is going to introduce legislation ending birthright citizenship, which will undoubtedly force Scott’s hand on taking a position; thus far, he has been “mum,” according to POLITICO Florida.

Meanwhile, Friday’s event is being promoted by one of the most quotable political consultants in the state.

“Meet & Hear Gov. Scott Speak. Bring friends that need to vote and be prepared to caravan to Early Vote at Chaffee Rd. Library,” reads the invitation for the 4:15 event at Trinity Baptist Church, 800 Hammond Blvd.

This event will be tailored to religious conservatives.

“BCM is a Bible-based nondenominational Christian ministry dedicated to educating, motivating and activating the body of Christ in civil service and public policy in order to defend our religious freedoms,” reads a description of the group’s mission on its Facebook page.

BCM is aligned with Florida Family Action. This cycle, it has shared its voting guides.

Johnson, promoting the Governor’s event, has not been shy about his stances on issues. Ahead of the Florida Republican primary in 2016, Johnson presented a lecture explaining why “Christians should not vote for Donald Trump.”

“While it is natural to expect the flooding along the river, notice also the flooding was downtown Jacksonville, San Marco and riverside. The area representing the LGBT HRO agenda. The Downtown establishment/ chamber group pushing the HRO. You have probably seen the picture of the chamber of commerce sign flooded. So 7 months after passing the HRO, (7 is Gods number of completirion) and on 9-11 our city floods with historic flooding? Our city had given God no reason to spare us with the wicked disobedience it committed. Gods love and mercy comes with these types of judgement signs as they are calls to repentance before the final judement,” Johnson remarked (all spelling errors his).

On World AIDS Day, Johnson accused the government of “coddling” those who suffer from the disease.

Verbatim: “By their admission their is a problem in Jacksonville with Aides and STD’s from in their own words ‘Men who have sex with men.’ Yet we hate because we want to love these people enough to help them and save them from these deadly diseases? Why is our city leaders hating these people enough to coddle sick people in their illness by giving them the special rights?”

Johnson also compared the leadership of the local Republican party to Nazis not too long ago.

Referring to the “Republican establishment Nazis after” him for “not sitting down shutting up and going along with politically correctness, gaining to much power and media,” Johnson framed the Duval GOP establishment as wanting to remove his “membership from their corrupt body.”

His strong feelings were occasioned by his passion for the Confederate flag.

Johnson attacked former Duval GOP Chair Cindy Graves for calling a presentation he was going to do on the seditionist symbol stupid, with the following overheated rhetoric.

“So sorry you feel this about this issue of simply educating people about the civil war and the confederate flag when those that seek to be history revisionist are reporting lies and mistruths,” wrote Johnson. “Their ultimate goal is the remove history to indoctrinate in their own propaganda to lead ‘sheepable’ to the slaughter of a socialist/communist state.”

Scott’s Jacksonville visit comes at a time when he is, per the latest St. Pete Poll, down to Democrat Bill Nelson.

As our poll analysis indicated, the survey “shows the same demographic trends that have appeared in surveys throughout the campaign, with Nelson doing better among independent voters, women, voters of color, and younger voters, while Scott’s support is based on white voters, men, and older voters.”

The poll shows an almost three-point swing in Nelson’s direction since the last St. Pete Polls survey of the race, which had Scott up by less than one point on Oct. 22.

We reached out to Johnson and the Scott campaign (via spox Lauren Schenone) before publication for comment on whether the event is happening. Both parties were mum on even confirming the event would happen, with Schenone saying details on the Governor’s schedule would be forthcoming.

Regarding the quotes from Johnson, the Scott campaign has an opportunity to respond also.

But what’s clear is that the closing days of the Scott campaign are all about base turnout. And, as our Drew Wilson reported, he is spending big league.

“New filings with the Federal Elections Commission show New Republican PAC, the political committee backing Scott’s Senate bid, has pumped nearly $10 million into media buys since the end of last week … Scott’s committee put down more than $900,000 for a media placement …on Friday. Filings uploaded Wednesday show the committee followed that up with another slate of media buys totaling $8.78 million this week.”

“At the end of the pre-general election reporting period, New Republican PAC had raised more than $19.75 million and had spent more than $18.5 million of that cash. The most recent of the committee’s 24-hour reports show it has now spent $29.5 million during the 2018 election cycle.”