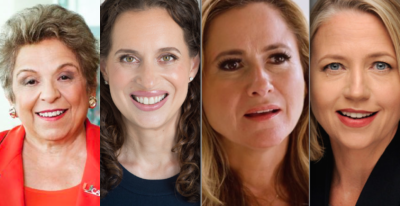 Ahead of Tuesday night’s election results, many political prognosticators were projecting 2018 to be the “Year of the Woman.” But the results from South Florida showed mixed results at best for women candidates at the state and federal level.

We knew that a record-breaking number of women were running for Congress in 2018. That led comparisons to 1992, which was also dubbed the “Year of the Woman.”

And sure enough, after the results came in Tuesday night, a record number of women got elected as well.

South Florida was one of the focal points of the push, with four women running in competitive House districts. Three of those women were attempting to oust male GOP incumbents. A fourth, Donna Shalala, was competing in an open race against another woman, former broadcaster Maria Elvira Salazar.

Shalala took the seat for Democrats in a race that would have sent a woman to Congress either way.

And the only woman to defeat an incumbent among the group was Debbie Mucarsel-Powell in Florida’s 26th Congressional District. Lauren Baer came up short against Brian Mast in Florida’s 18th, and Mary Barzee Flores was defeated easily by Mario Diaz-Balart in Florida’s 25th.

The state House results for women were similarly disparate.

Democratic candidate Emma Collum, one of the organizers of the Women’s March back in 2017, attempted to win Broward County’s only GOP seat in House District 93. But she lost an open race to Republican candidate Chip LaMarca.

However, down in House District 103, Cindy Polo pulled off a surprising win in another open race. Her opponent, Frank Mingo, was well-connected to current House Republicans and consistently outraised Polo throughout the general. But Polo prevailed.

Of the South Florida women who claimed victory Tuesday night, Polo’s was arguably the most surprising.

But none of the true long shots pulled it out. CD 26 was consistently close in the polls, and CD 27 was guaranteed to have a woman representing the district.

So did South Florida’s women candidates underperform? You can’t say that either.

It seems that by and large, women candidates performed just about as they should have Tuesday night given the particularities and demographics of their given districts.

So what Tuesday night showed was what election researchers have already found: Women candidates can succeed just as easily as their male counterparts. Though women are vastly underrepresented in Congress, that’s not due to male candidates performing better in elections.

Rather, the problem is that far fewer women run for Congress in the first place.

Part of that problem is a similar level of under-representation of women at the state level. And given that congressional candidates often come from state politics, that leaves a pipeline populated with more men than women.

So no, South Florida women did not dominate in every race they ran. But those that had success showed that being a woman running for office isn’t an albatross around a candidate.

Maybe that reality is enough to encourage more women to run, and win, in the future.