If you ask Floridians what they believe their new governor can do unilaterally, the list is long (and often wrong), particularly among Democrats.

We did ask them, and we found some definite misunderstandings of our government. For example:

— 77 percent of Democrats and 47 percent of Republicans believe a governor can unilaterally raise or lower the minimum wage.

— 64 percent of Democrats and 37 percent of Republicans believe he or she could expand or restrict Medicare.

— 33 percent of Democrats and 20 percent of Republicans believe governors can eliminate the enforcement of immigration laws.

— And remarkably 21 percent of Democrats and 12 percent of Republicans believe a Florida governor can impeach a President of the United States.

Even more off-target, about 1 in 10 Floridians believe their governor could do all of these things.

At first, we suspected the awareness difference between parties could be explained by age (young people tend to know less about civics, and younger voters are more Democrats than Republicans).

But that’s actually not the case.

Then there’s the one thing a Florida governor can do on his own, for sure: Veto bills passed by the Florida Legislature. On this, 77 percent of Democrats and 86 percent of Republicans correctly believe a Governor has that authority.

“Will Ross Spano face an investigation into campaign loans before he even gets to Congress?” via William March of the Tampa Bay Times

“NASA is returning to the moon. These are the companies getting up to $2.6 billion to do it” via Chabeli Herrera of the Orlando Sentinel

“Their choice may have been to exit the Florida market. Florida has a pretty clear policy: If you boycott Israel, we boycott you.” — state Rep. Randy Fine, on Airbnb’s decision to ban certain listings in parts of Israel. 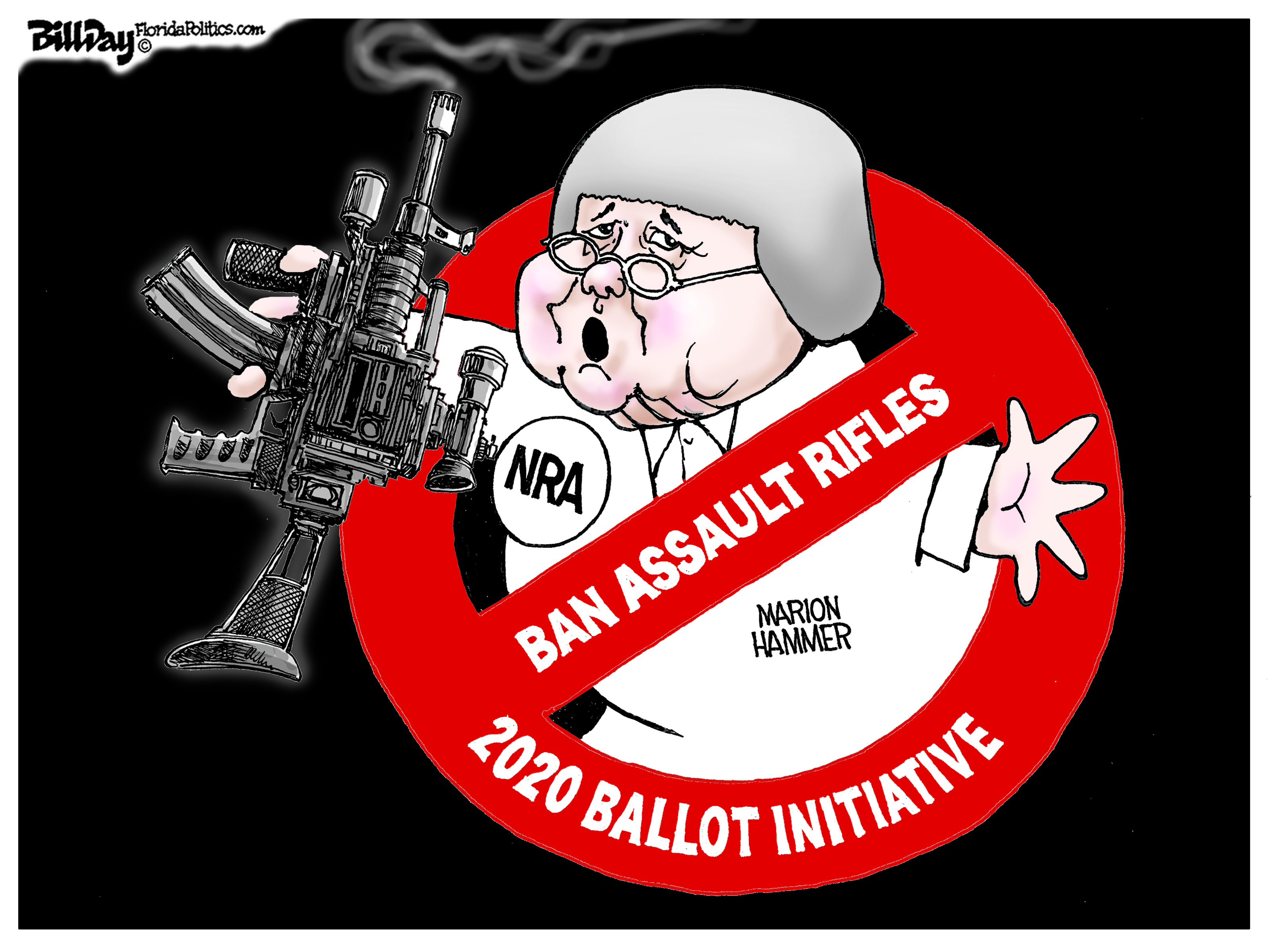 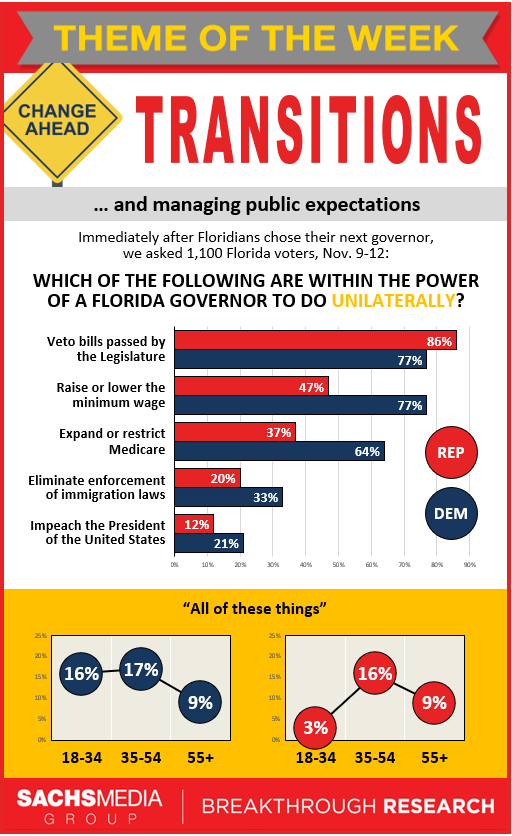 U.S. District Judge Robert Hinkle will hold a hearing in a case filed by the Florida Senate after allegations by legislative aide Rachel Perrin Rogers that she was a victim of sexual harassment and retaliation. That’s at 11:30 a.m., United States Courthouse, 111 North Adams St., Tallahassee.

Gov. Rick Scott and the state Cabinet will meet by phone and consider a series of issues, including two Florida Power & Light power-plant projects. That’s at noon, public access in Cabinet meeting room, The Capitol.