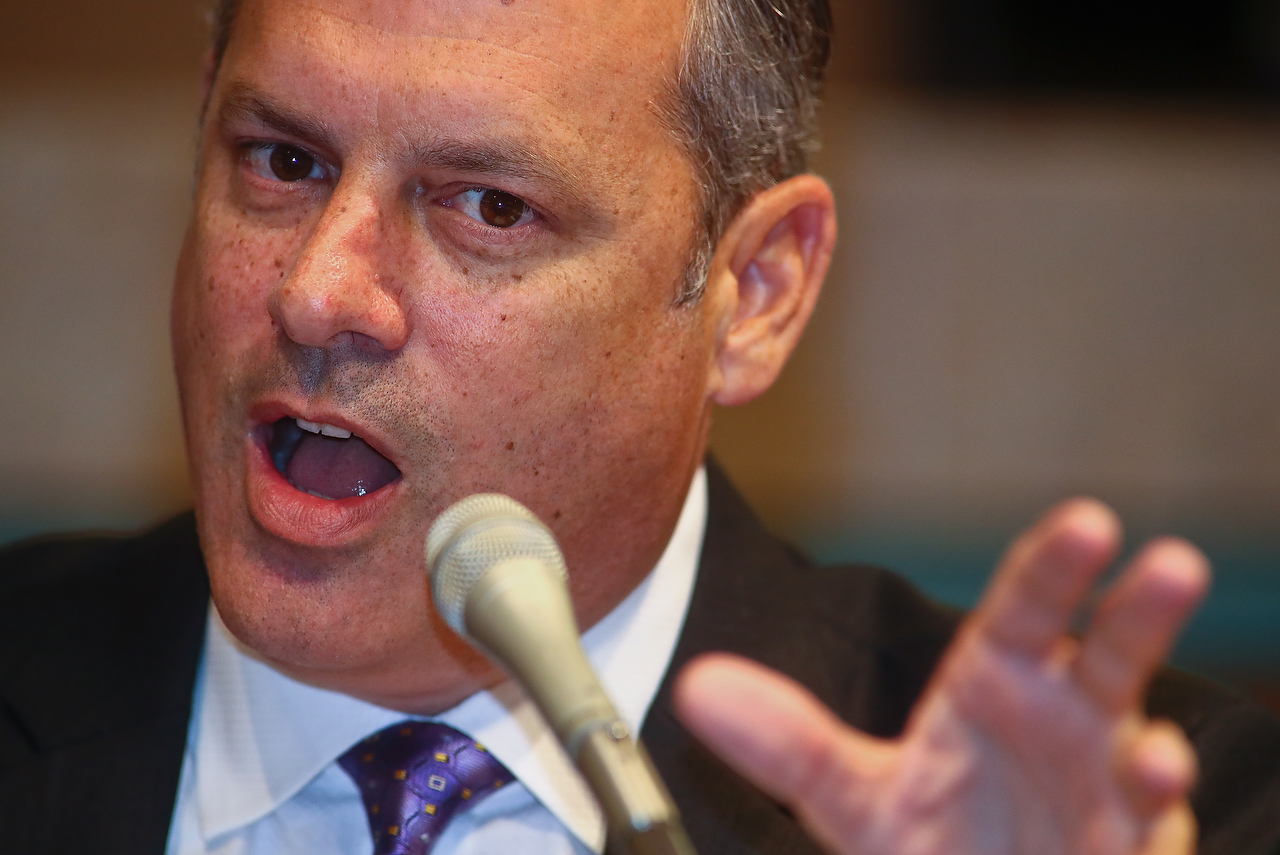 The Tallahassee Democrat reported news of the indictment Tuesday evening. On Wednesday morning, the U.S. Attorney’s Office of the Northern District of Florida released the 44-count indictment.

That indictment, according to the Northern District, is “for conspiring to operate a racketeering enterprise that engaged in acts of bank fraud, extortion, honest services fraud, and bribery.

“Maddox and Carter-Smith are also charged with substantive counts of bank fraud, false statements to financial institutions, extortion, honest services fraud, use of interstate facilities in furtherance of bribery, false statements to federal officers, conspiracy to interfere with the lawful function of the … IRS, and filing false tax returns.”

But “an indictment is merely an allegation by a grand jury that a defendant has committed a violation of federal criminal law and is not evidence of guilt,” notes a news release from the Northern District.

A 3 p.m. hearing on Wednesday is scheduled at the federal courthouse in Tallahassee to determine a future trial date.

The indictment focuses on Governance Services, LLC, and Governance, Inc., companies that Maddox and Carter-Smith “allegedly conspired to operate.” Both are referred to as one entity, Governance, in the indictment.

The indictments for Maddox and Carter-Smith are the first to come out of years-long FBI investigation into crime and corruption in the capital city. Maddox long appeared to be a focus of the investigation in part because subpoenas issued in September of 2017, shortly after the investigation became public, that sought communications between the commissioner and aides including Carter-Smith.

Maddox, a former Tallahassee Mayor and Florida Democratic Party chair, used his influence as a city official to vote and influence other members on actions that “benefitted the businesses that paid” Governance, according to the Northern District’s summary of the indictment.

The indictment also alleges that Maddox and Carter-Smith lied to the FBI and the Florida Ethics Commission during the course of the investigation. It also claims, according to the Northern District, that the pair hid from the Tallahassee City Attorney and City Commission “the fact Maddox was being paid by companies doing business with the city.”

As well, the indictment alleges the pair defrauded a bank of more than $250,000 through two short sales of property and violated federal tax laws.

A search warrant that unfolded during the FBI investigation suggested Maddox and Carter-Paige engaged in a pay-to-play scheme involving their firm, Governance, and city vendors. Maddox founded Governance in 1999 while he still served as Mayor, then sold the firm to Carter-Smith between 2010 and 2012. The firm continued to make hundreds of thousands of dollars of payments to Maddox and his wife, court documents allege.

Maddox, has consistently denied accusations of public corruption. But there’s long been speculation he was among the high-profile targets, if not the primary focus, of the FBI investigation.

Maddox has spent upward of $125,000 in campaign contributions on legal fees surrounding the matter. As of Wednesday morning, Maddox is still listed as a state Senate candidate in 2020 for Florida Senate District 3.

The FBI investigation also became a significant part of the 2018 gubernatorial election, where Mayor Andrew Gillum, the Democratic nominee for Governor, faced numerous questions about his interactions with undercover FBI agents. Gillum ultimately lost to Republican Ron DeSantis by less than 33,000 votes.

John Dailey, who replaced Gillum as Mayor in November, said the city is “committed to operating with full transparency and holding ourselves to the highest ethical standards.”

“This is unsettling news, and I trust the legal system will set matters straight,” he added.

A copy of the full indictment can be read here. The Northern District’s summary of the charges is available here.

next5 takeaways from the Walk Bike Tampa mayoral forum