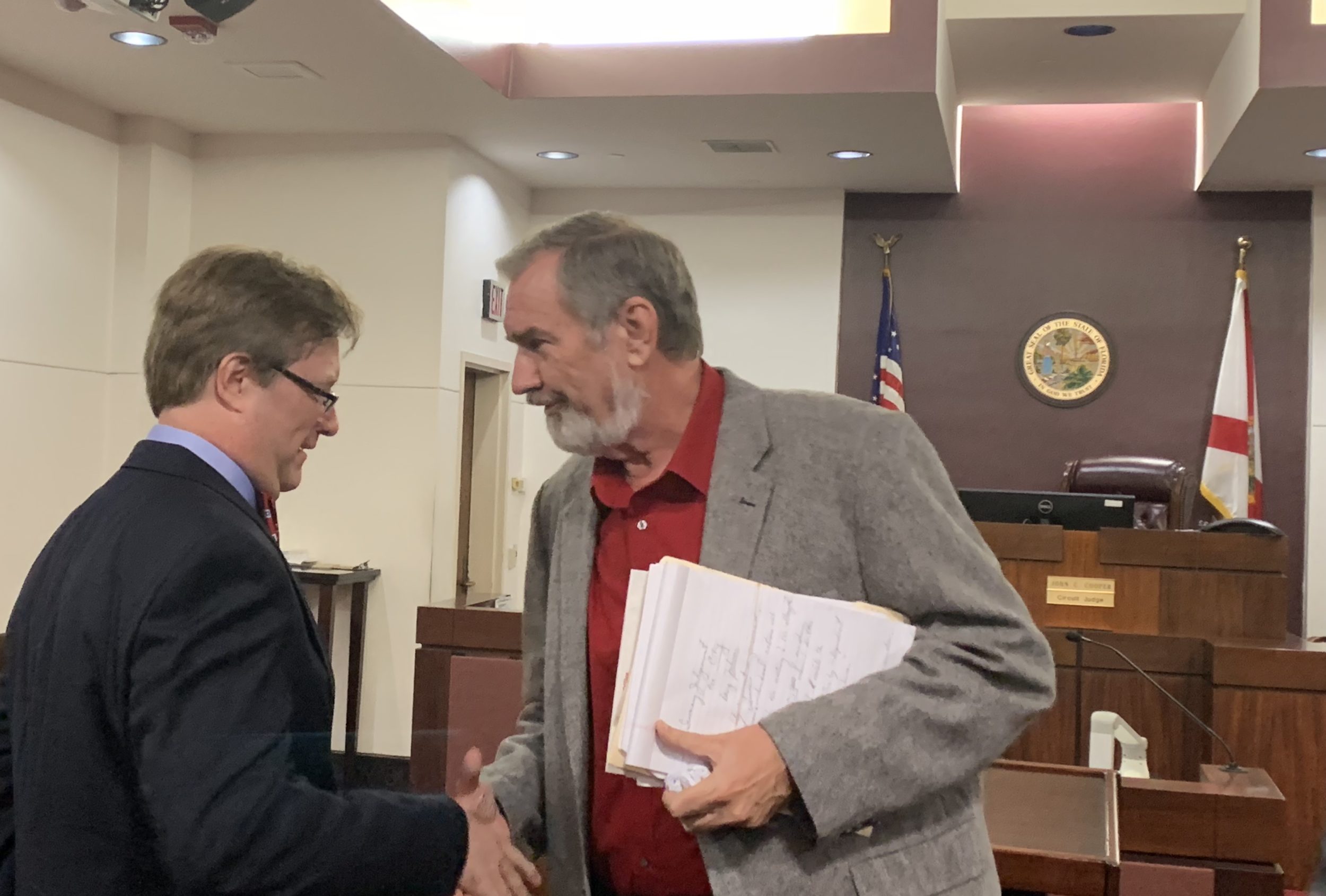 A circuit judge is siding with the city of Tallahassee in a dispute over whether the appointment of the panel’s latest member violated the state’s Sunshine Law.

Delivering what he called a two-fold ruling from the bench on Friday, Judge John Cooper granted the city’s motion for summary judgment. Cooper said he believes the City Commission did not skirt the Sunshine Law during the appointment of Commissioner Elaine Bryant.

The City Commission received 93 applications to fill the Seat 1 vacancy. Commissioners in late December ranked each candidate, resulting in a shortlist of nine potentials.

Jackson’s lawyer, C.B. Upton, wrote in the lawsuit that the City Commission violated the state Sunshine Law as it worked through the shortlisting process to select a new commissioner.

“Deciding which applicants to keep and which to reject for a public office is a quintessential governmental function,” Upton wrote in a court filing. “The public had a right to hear from the Commissioners about their reasoning and to offer comment on the applicants before the City Commission narrowed the applicant pool to a small group of finalists.”

Attorneys for the City Commission responded in part by claiming a shortlisting process is an individual act, rather than that of a government body.

“As there was no official act of the Commission, there was no requirement that each list be submitted at a public meeting and therefore no Sunshine violation,” wrote Senior Assistant City Attorney Louis C. Norvell and outside attorney Ronald Meyer in a court filing.

Cooper agreed. He also said that if there was any violation of public records laws during the appointment process, then it was “cured” by the Dec. 31 City Commission meeting, at which Bryant was appointed.

“It was not a ceremonial acceptance of a predetermined action as to who was to be commissioner,” Cooper said.

Commissioners faced a 20-day deadline to fill the vacancy, otherwise the appointment to a liberal-leaning Commission would’ve gone to Republican Gov. Ron DeSantis.

Jackson sought a judgment that the City Commission did not meet this deadline, arguing that Bryant’s appointment should be voided.

Jackson said he will appeal the case.