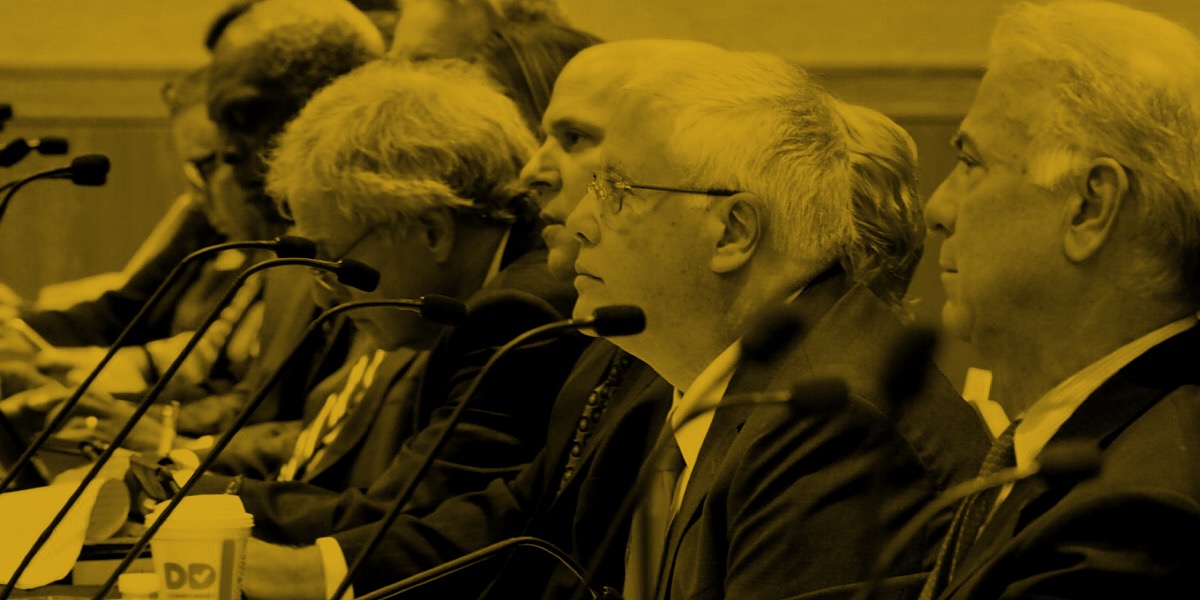 The proposal was OK'd by the Senate Judiciary Committee.

The measure (SJR 362) was heard by the Senate Judiciary Committee after the CRC took flak over several of its amendments that appeared on the ballot in 2018.

Every 20 years, the commission meets as an alternate way to put forward potential amendments to Florida’s constitution.

But speaking Monday, Brandes — a St. Petersburg Republican — compared the panel to the Robin Williams version of the movie “Jumanji,” where those at the mercy of the game are often surprised at what gets thrown at them.

“It pops up every few years,” Brandes’ metaphor began.

The CRC approved most of the amendments appearing on the ballot this past fall. All of those amendments ended up passing with at least the required 60 percent approval from Florida’s voters.

Still, they were not without controversy. Several contained within them different topics that are seemingly unrelated.

For instance, Amendment 6 provided for increased rights for crime victims but also raised the judicial retirement age from 70 to 75. Amendment 9 put forward a prohibition on offshore drilling in state waters — and banned vaping indoors.

That process, known as “bundling,” forces voters to give an all-or-nothing vote for measures which are tenuously related, at best, critics say.

Brandes pointed to the fact that in the vast majority of cycles, Florida maintains functional methods to add amendments to the ballot. “But in that 20th year, there’s this other process that occurs. And [which measures get approved] really depends on who’s in power.”

The CRC is made up of the Attorney General along with dozens of appointees from the Governor, leaders of both houses in the Legislature, and the Chief Justice of the state Supreme Court.

The commission isn’t scheduled to convene again until 2037-38. Brandes pointed out that, in the meantime, residents can propose amendments by obtaining a number of signatures equal to 8 percent of votes cast in the most recent presidential election. The Legislature can also propose an amendment.

Brandes is attempting to use that latter method to do away with the CRC. The commission was established in the state’s 1968 constitution. That means it would require a constitutional amendment to abolish the panel.

If approved, Brandes’ proposal would appear on the 2020 ballot. He argued those other processes should suffice in the event voters kick the CRC to the curb.

“It’s time for us to ask the question (of) the people of the state of Florida whether we should get rid of the CRC process as a whole,” Brandes said.

Other senators on Monday’s panel agreed.

“It’s hard to argue against the policy of doing away with the CRC,” Vice Chair Jose Javier Rodriguez, a Democrat, said.

“It’s nice to have the possibility of a body that reviews the need for structural changes to make our democracy here in Florida work. But the evidence doesn’t seem to support the idea that our politics enable us to do that. So if this thing is so broken, as we saw in 2018, then maybe we need to let it go.”

A representative from the National Federation of Independent Business also said the group favored the resolution.

Brandes once again referred to Jumanji in his closing remarks before the measure was approved: “Let’s ask the people of the state of Florida to bury this box for good.”