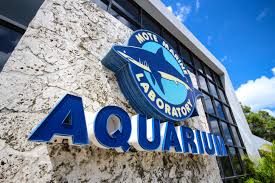 Count the full weight of the Tampa Bay legislative delegation when measuring support for a red tide institute at Mote Marine Laboratory.

The legislative delegation, led by Senate President Bill Galvano, met at the Sarasota scientific facility Tuesday. There, the 25 members unanimously endorsed delivering $3 million over the next five years for a red tide institute there.

“I knew there would be a serious discussion of red tide,” Galvano said. The Bradenton Republican, who founded the Bay Area delegation and chairs it this year, said the choice of Mote as a meeting venue was intentional this year.

Lawmakers heard presentations from Mote, the Fish and Wildlife Conservation and the Department of Environmental Protection. Officials confirmed the red tide suffered along much of the Gulf Coast was the worst bloom in 66 years.

Scientists at Mote promised efforts are already underway to better forecast and contain red tide. But they also said it’s important to fund research at all times, not just after harmful blooms

Eric Sutton, executive director of the Fish and Wildlife Conservation Commission showed records verifying red tide was a perpetual problem on Florida’s Gulf Coast. The southwest coast of the state has seen red tide blooms 58 of the last 66 years.

But state Rep. Margaret Good, a Sarasota Democrat, said everyone in Tallahassee should recognize the need for research.

“To me, this isn’t just a West Coast of Florida issue,” she said. “Its an issue for all Floridians. Water quality is at the core of who we are and our economic viability in the future. It should be important to every person in Florida.”

State Rep. James Buchanan, a Venice Republican, said having the delegation behind the project would be a help.

“Certainly, this is the top priority of our local delegation,” he said on behalf of Sarasota lawmakers. “Now it’s obviously a priority for all of Tampa Bay.”

As for what the institute will do, state Rep. Newt Newton, a St. Petersburg Democrat, said he wanted Mote scientists working with scientists around the world that have also studied algae. Crosby assured Newton that’s happening, and that a clay treatment methodology comes from Asia.

At the same time, the red tide living in the Gulf of Mexico is a species unique to Florida.

Drew Bartless, deputy secretary of the Department of Environmental Protection, said upward of $17 million in emergency grants went toward blue-green algae and red tide algae outbreaks, most in cleaning up fish kills.

Officials said red tide perpetually lives in the Gulf, and it’s hard to predict years with huge outbreaks. But Sutton stressed the cost of ignoring the problem could be much more of a problem than any dollars going toward research.