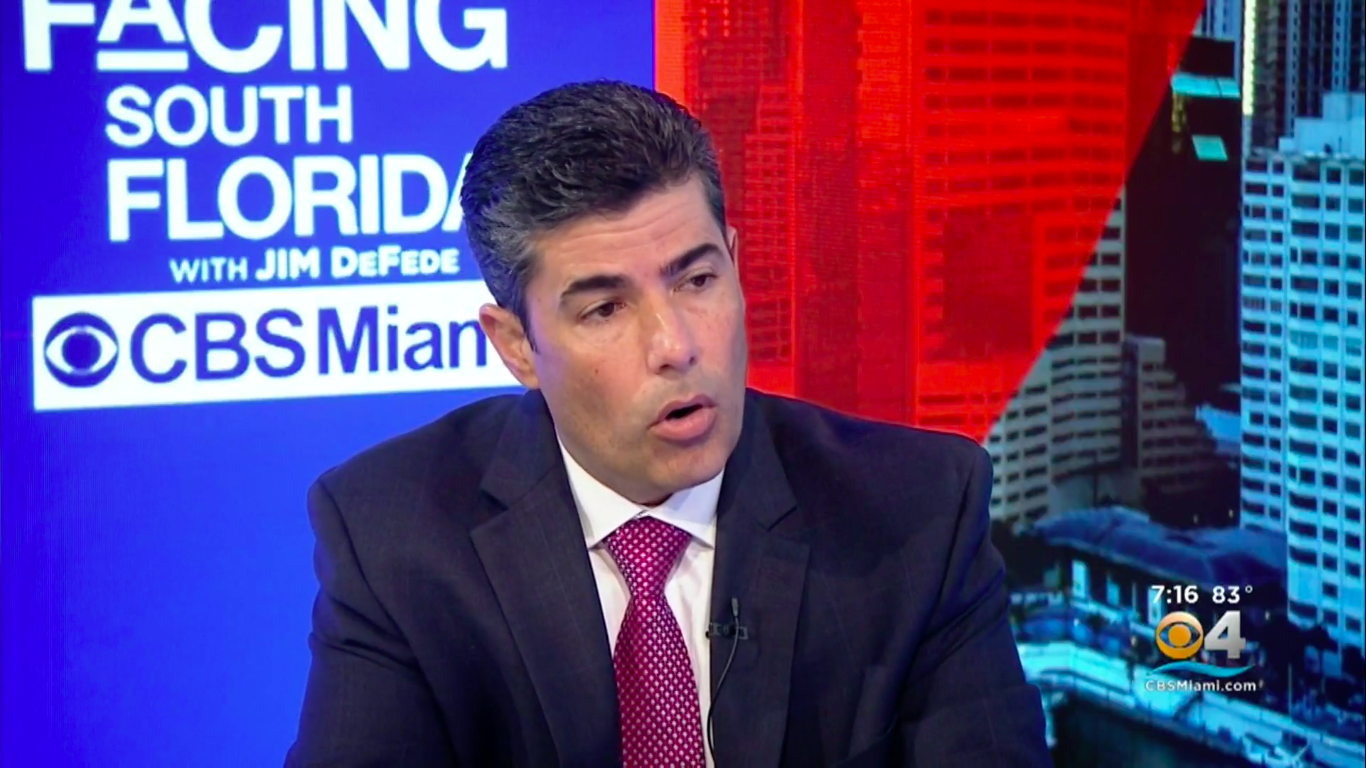 He used the term five times in CBS Miami interview.

The Miami Republican used the term five times in an interview with CBS Miami where he supported a “cooling off period” before abortions.

“There’s a host body and that host body has to have a certain amount of rights,” Oliva told reporter Jim DeFede, “because at the end of the day it is that body that carries this entire other body to term. But there is an additional life there.”

The pro-life politician said he used the phrase as a way to differentiate the life of an unborn child.

“In a recent interview where the very controversial topic of abortion was raised, I used the term ‘host’ to describe a pregnant woman. It was an attempt to use terminology found in medical ethics writings with the purpose of keeping the discussion dispassionate,” he said.

“The reaction undoubtedly shows it had the exact opposite effect. I apologize for having caused offense, my aim was the contrary.”

“Host body! No longer a complete and individual human, apparently, when a woman gets pregnant, just a host body for another human,” she wrote on Twitter. “Jesus wept.”

Host body! No longer a complete and individual human, apparently, when a woman gets pregnant, just a host body for another human. Jesus wept.

Florida Democrats quickly piled on criticism of the remarks.

“With all due respect Mr. Speaker, my body is not a ‘host’ and personal medical decisions around my pregnancy belong to me, my family, my doctor, and my faith — not to politicians,” she said.

Oliva in his statement following the outrage said he intended to use the phrase “host body” as a way to lower emotion but that clearly failed.

“This is and will continue to be our society’s greatest challenge,” Oliva said. “I strongly believe both mother and child have rights and the extent and balance of those rights remain in question. I regret my wording has distracted from the issue. My apologies to all.”

“While Speaker @RepJoseOliva and I will probably disagree 99% of the time on policy and 100% on THIS ISSUE,” McGhee wrote on Twitter, “I find him to be a principled and respectful person who is committed to fair treatment of others.”

One social media user posted a picture of Oliva’s family with the description “@RepJoseOliva his Host Body and their living embryos.”

He also linked to a University of California, San Francisco study that found women don’t change their minds about getting abortions regardless if they wait three days.