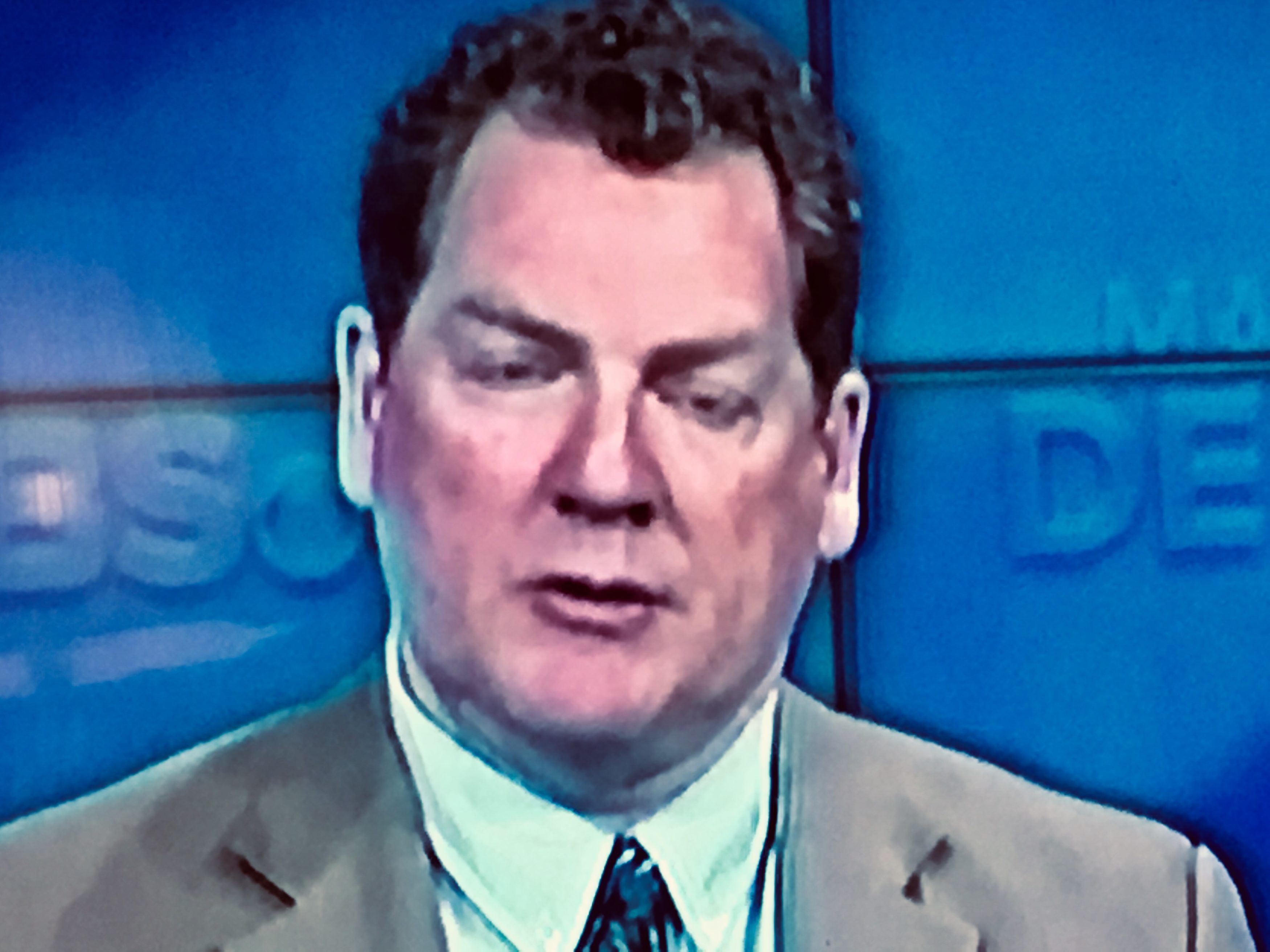 Despite pressure to relent and just piggyback on a futuredebate involving all four candidates in the Jacksonville mayoral race, Action News Jax stood its ground.

And Friday night was the result: a showcase opportunity for the three challengers to incumbent Lenny Curry.

The conventional wisdom is that he’ll outright win the race in March. He skipped the pretape on this debate for an under-40 fundraiser that brought his campaign  another $50,000.

This, after a reported week of just $30,000 of fundraising, and another $250,000 sent to the Florida Republican Senatorial Campaign Committee for more ad buys.

Brosche and Hill have tangible beefs with Curry. Brosche and Curry split when she broke with administration edicts while President of the City Council. And Hill filed bankruptcy because his boat show went bust after the city went a different way on event scheduling.

Allen? Well, she ran in 2015. Disappeared. And is running again.

Curry likes his polling and talks as if the real election night surprise will be how close Brosche and Allen run to each other. He’s flooding the zone with television spots, and unlike Brosche, he has more than one positive commercial.

Brosche has been counterpunching since she filed. Her political committee’s current television ad is in third draft. And Curry hasn’t even played with the Sunshine Law schmozz yet.

There are plays in the playbook that may never get called once Brosche is defined. All that needs to happen, recall, is for Curry to win with 50.001 percent of the vote. One school of thought is that Brosche’s support will fall within a certain range,  north of twenty but south of thirty. If that’s the case, a runoff is unlikely, and Curry wins with roughly 57 percent.

He’s been polling in the fifties with a quarter undecided. His logic: Has anything upset the model?

With all that in mind, Curry had salient reasons for not debating. He’s running the four-minute offense, believing that his opponents choked and didn’t know the game before they jumped into the game.

I’ve been around and doing this long enough to know when the data matches what’s happening on the ground and with the people. I love the interactions with folks. I love the people of my city. #JaxOnTheRise

And so it was that his opponents had a free kick on goal, the Friday night before the first day of Early Voting.  Turnout is anemic: 2.39 percent thus far.

Could the Friday night lights of the Action News Jax studios turn it around?

Some notes, below, in a debate that did not involve the candidates engaging each other once.

The production values were fine. But the atmosphere was antiseptic, devoid of the kind of territorial combat we saw at the end of the Mayor’s race four years ago.

In intro, Hill bemoaned not getting enough “face time” in the media. He is polling at three percent.

Allen went through her platform, earnest and non-combative.

“Most of you have only seen the lies Lenny Curry has spent four million dollars spreading about me, and I’m here,” Brosche said.

Brosche hammered the current state of affairs. Too much crime, not enough resources for the kids. Most of her talking points had been workshopped on the forum circuit.

When asked about a lack of public safety legislation, Brosche said she was “at the table” and pushed for more spending for children.

A former Council President and Finance Chair, she was in position to push for those priorities in budgets. However, her answers took a more holistic look at underfunding in general, saying that more children should be served through expanded programs.

Brosche went deep into parks, a concern she prioritized when she assumed the Council Presidency.

Hill replied, “It’s not about parks, it’s about government.”

“Every part of our government is political right now … political deals with this administration,” Hill jabbed.

A recurrent Hill trope: to contend that Council districts that get jobbed in capital investment are only that way because their Council members have integrity.

At one point later on, Brosche and Hill had a remarkable exchange, one upping each other in daps about the correlation between integrity and economic disparity.

Hill then went on to discuss the Baptist and non-demoninational preachers who endorsed him because Curry didn’t veto the Human Rights Ordinance.

Brosche was asked about her Sunshine Law issues, an ultimately inconclusive investigation beyond Brosche and Councilman Garrett Dennis burning up the phone lines.

“There were no charges, indeed,” Brosche said, before stuttering on “Sunshine Laws” in a way that will be part of an ad soon a la “We’re all selling ourselves.”

Brosche also noted her lack of action on Confederate monuments, noting that it was not broadly supported by the public based on reaction. She proposed a Charleston-style “recontextualization.”

Allen went farther: proposing monuments be “removed, to a museum.”

Soon enough, the debate devolved into spitballing of policy solutions, something that sounded like critiques of the weather from far outside the snow globe.

“We don’t know how many neighborhoods we have,” Brosche said, an allusion to an adversarial exchange with the “mayor’s staff.”

“Same s%#t different place. Elected office is loaded w/ amateurs. Folks w/ no ability to implement ideas.Many are full of empty rhetoric & a false sense of self.They survive on the bottom w cheap talk.We will retire some in the fights that matter When it matters.”

Allen then took a jab at certain mayoral staffers, saying there was “no reason that someone should be making $200, $300,000.”

The salaries of both Chief Administrator Sam Mousa and Chief of Staff Brian Hughes are in that range.

When asked what the incumbent has done well, all three challengers dissed him.

From there, a litany of excoriations of the “vindictive” governing style of the Curry regime.