Anna Brosche: 'I have no problem checking my ego at the door' 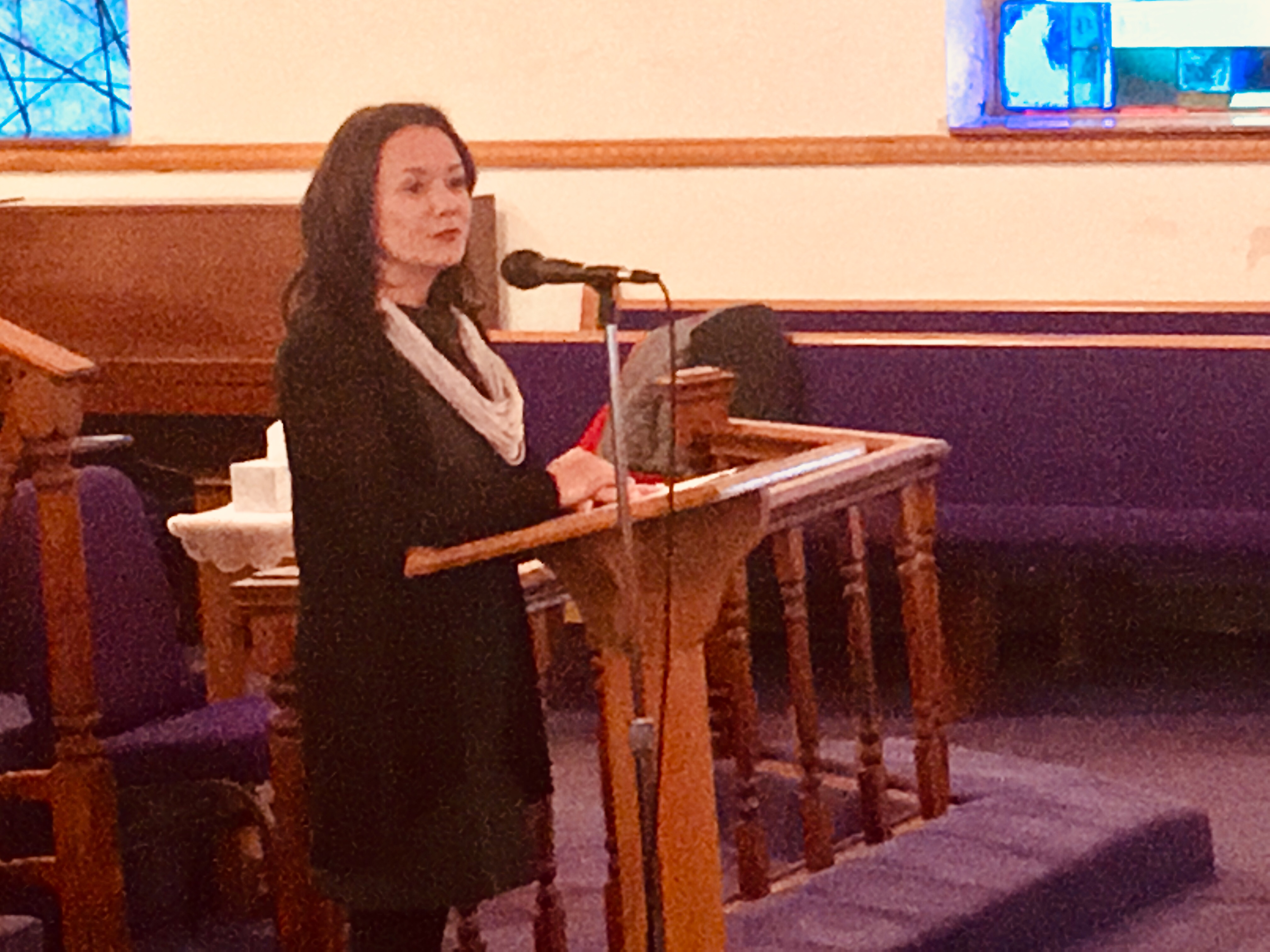 A mayoral campaign puts candidates in front of crowds, big and small.

A church on Jacksonville’s Eastside, in one of the most violence-strafed neighborhoods in the city, was the scene for an intimate gathering: a two-hour town hall with Brosche.

The crowd was late-arriving, but eventually the small sanctum filled, a sign of life in a campaign that has seemed to lack physical presence at times.

Starpower was on hand, including former Councilwoman Pat Lockett-Felder, a strong Brosche backer down the stretch.

Brosche, polling a somewhat distant second to Curry in public surveys (the most optimistic one, via Gravis, had her at 25 percent), has a modest goal for March: to hold Curry under 50 percent and compel a May runoff.

Brosche, as she did on stage Wednesday, pinpointed crime as a priority and pilloried “election-year” crime proposals from the Mayor, as a jumpoff for more holistic critiques of their shared four years in City Hall.

Brosche pivoted, drawing applause when she said she “stopped the sale of JEA.”

“We need leadership with integrity,” Brosche said, not making deals in the backroom or “flying on private jets.”

Brosche solicited input from the crowd on the Cure Violence model, an initiative city leaders want to introduce that has succeeded elsewhere.

Brosche also noted that despite claims of 180 new police officers, “we aren’t really keeping up with those who are retiring or leaving.”

“I don’t know where that stands,” Brosche said, asserting that deployment of police is ultimately the Sheriff’s responsibility.

Brosche listened intently as she listened to locals contrast the heavy policing of the area during special events versus other times.

If elected Mayor, Brosche vowed to have “relationships of understanding each other’s operations to work together.”

“I have no problem checking my ego at the door. I just want to see the city succeed,” Brosche said.

“This is about the people,” the candidate added, noting that people “used to have breakfast and lunch with Jake Godbold every single day,” and they would exchange ideas with the former Mayor.

“There is a disenfranchised segment of the community,” one attendee said. “Will you be that voice after March 19?”

Brosche was applauded for “standing up to the bully” last night. But concerns still exist about whether a capital-R Republican can cross the power structure.

The candidate noted that she put four African-American Democrats on the Finance Committee, vowing to be inclusive.

“We need to have people around with different perspectives,” Brosche said. “Not a bunch of yes people.”

Brosche noted her attempt to being “transparency legislation in relation to contracts,” adding that “it got killed.”

The gap between Brosche, a “moderate Republican” according to her spokesperson, and the mostly Democratic attendees of this event is significant in terms of ideology.

But in this particular Mayor’s race, the case Brosche is making is that she can return Jacksonville to some bygone era of cooperation, a sepia-tinged era when Mayors were having breakfast and lunch every day with citizens.

“There were open doors to the Mayor’s Office,” Brosche said, at one point in time.

Brosche noted, as she did in the debate, that she was “pulling” for Curry when they both were elected in 2015.

“Time moves on,” Brosche said, noting the “purge” of Planning Commission members, moves she backed early in her Council tenure.

“I was told by his legislative aide that vote was a litmus test,” Brosche said. “He communicated early on that you were going to be rewarded or punished.”

Brosche said at the time that she supports “the mayor’s prerogative to build great teams to help achieve goals.”

But times have changed.