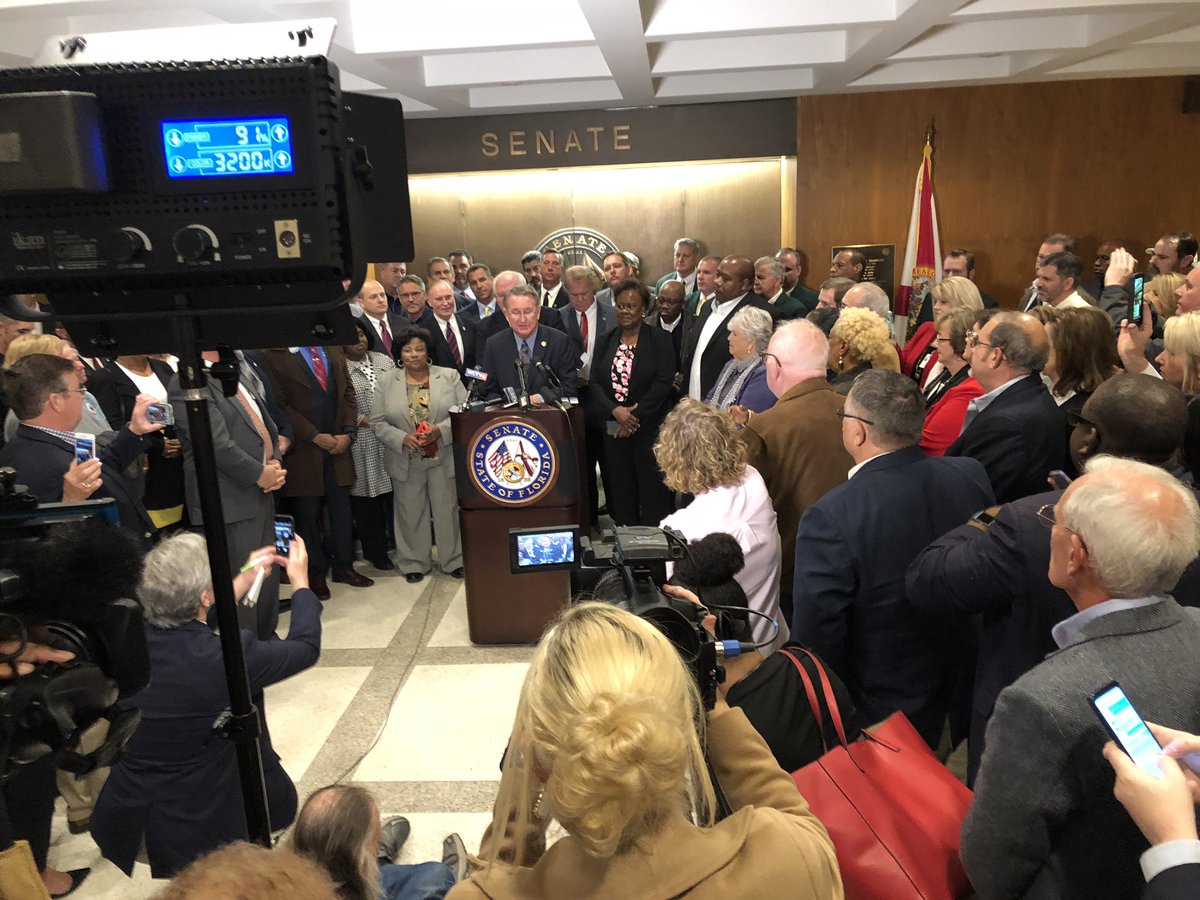 Out-of-state fee waivers are expected to beef up enrollment.

After Hurricane Michael hit Northwest Florida in October, a state college in the epicenter of the storm has seen its student enrollment numbers drop.

That led Sen. George Gainer, a Panama City Republican, to propose a bill that would allow hurricane-impacted state colleges to waive out-of-state tuition fees when they see enrollment drop by more than 10 percent as a result of storms.

“This bill would allow state colleges with a service region in the Hurricane Michael-impacted area to waive out-of-state fees for a period of three years for the purpose of recruiting and retaining students,” Sen. Bill Montford, a Tallahassee Democrat, said Tuesday when presenting Gainer’s proposal to the Senate Education Appropriations Committee.

The proposal (SB 1164) passed unanimously and needs to clear the Senate Appropriations Committee before it can go to the Senate floor. The House version (HB 593), sponsored by Rep. Jay Trumbull, a Panama City Republican, has been approved by committees and is ready to be heard by the full House.

Montford, who has been working to get a Hurricane Michael aid package through the Legislature before the annual session ends May 3, said the bill would be an “invaluable tool” for state colleges crippled by storms. Chipola College in Marianna was also heavily affected by Michael.

Miami Republican Sen. Anitere Flores said she would like to see if it could apply to Florida Keys Community College, which is in Monroe County, where Hurricane Irma made initial landfall in 2017.

“I’m actually wondering why the Keys didn’t think of something like this last year,” said Flores, whose district includes Monroe County.

The proposal would allow state colleges that serve areas directly impacted by hurricanes, and whose enrollment decreased by more than 10 percent as a result of the storms, to waive out-of-state fees for three years.

It is possible that some state colleges may lose revenue by waiving out-of-state fees for dozens of students each semester, but according to a Senate bill analysis, the waiver would also help the institutions recruit new students, who would be required to pay in-state tuition.

The potential fiscal impact of the fee waiver is indeterminate, according to the staff analysis. However, the bill would require institutions eligible to waive fees to report to the State Board of Education the number and value of hurricane-related out-of-state fee waivers granted every year.

As the college bills move forward, lawmakers continue to negotiate a broader Hurricane Michael aid package. The House and Senate budget proposals would direct about $225 million next fiscal year for Michael-related expenses, though many Northwest Florida leaders are seeking more state and federal assistance.

Michael made landfall Oct. 10 in Mexico Beach and caused massive damage in Panama City, Marianna and numerous other communities in the region as it barreled north into Georgia.