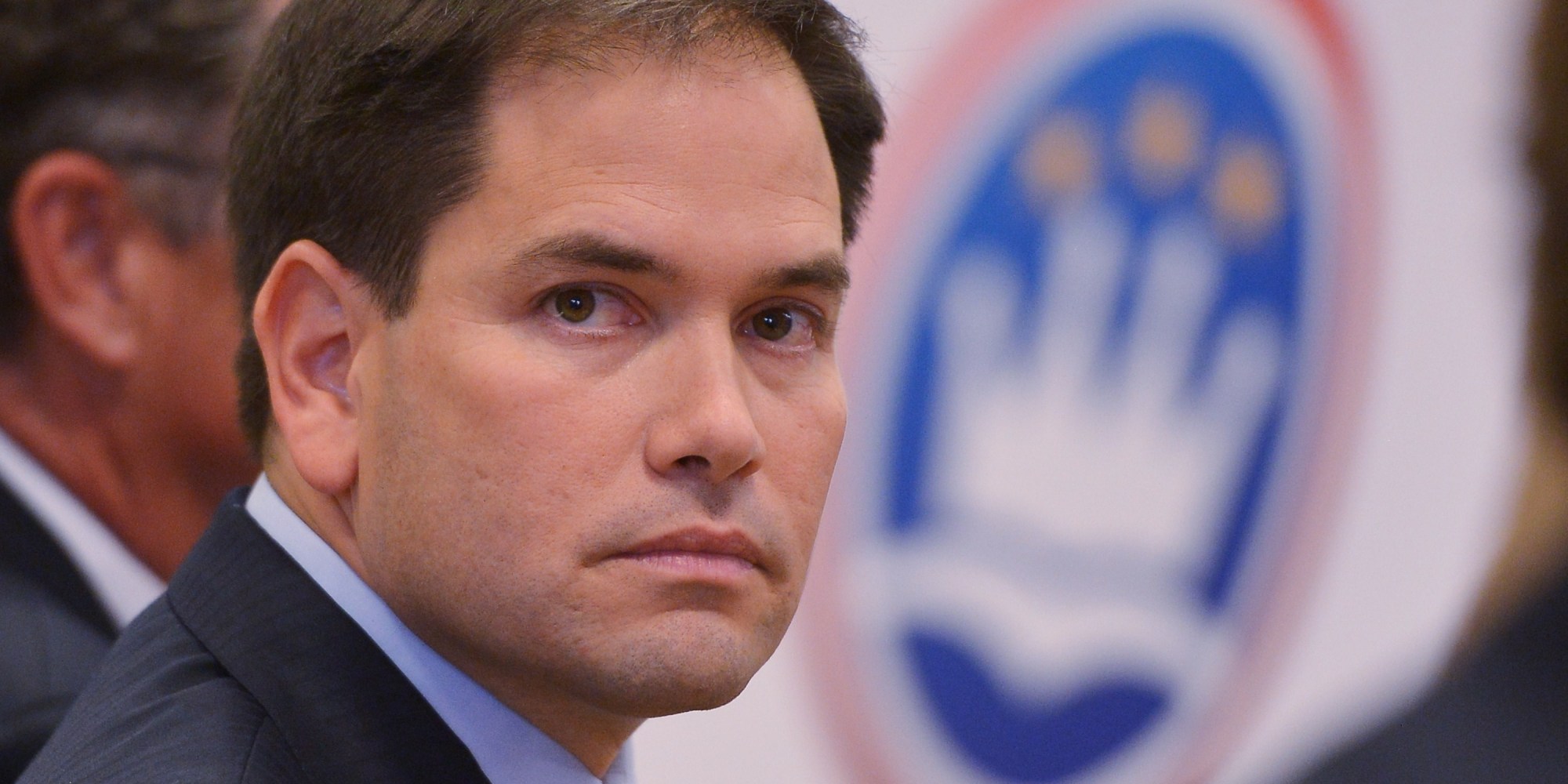 America doesn’t make things anymore. It’s a complaint about the modern U.S. economy sounded so often it can lose meaning.

But a report issued by U.S. Sen. Marco Rubio hopes to incite business interest in production ahead of financial returns.

The Republican Senator remains an avowed spokesman for Western capitalism but suggests a decades-in-the-making shift in practices hurt U.S. workers.

“American capitalism has produced more prosperity for more people than any economic system in the history of the world,” he writes.

“That record of achievement is dependent upon capital investment. Less investment in our own future productivity represents a lack of will to build an economy and country that can sustain and renew itself for generations to come.”

Rubio, chairman of the Senate Committee on Small Business and Entrepreneurship, previewed his report in an interview with The Washington Post.

There, he chastised U.S. CEOs for hunting quick profits via bad deals with China, won over by promises of market share.

“You make money, and you look good in front of your shareholders, but you’re also turning over your intellectual property and eventually they’re going to replace you,” Rubio told the newspaper. “But who cares? You won’t be CEO in 10 years when that happens.”

So what prompted the longtime free market evangelizer to issue a 40-page manifesto on the problems of chasing profits? He suggests his frustrations come in part from seeing communist China turn itself in an economic superpower by wooing U.S. investors.

“Our adversaries are wasting no time in securing their own economic futures,” he writes.

“Fifty years after the United States put a man on the moon through the audacity of our ambition and belief in our innovative potential, China landed a probe on the dark side of the moon for the first time in history. China has a whole-of-nation effort underway to dominate innovation and high-value manufacturing in this century.”

The change in the U.S. economy came as American executives lost sight of the role of capitalist businesses in a greater system.

“Private business has historically provided the dominant source of investment spending in the American economy, and economic productivity has been the outcome of a high-investment private business sector,” he writes.

The result has been a decline in investment as a share of income and wealth.

He notes that from 1947 through 2000, annual investment growth in private nonresidential fixed assets by non-financial corporations averaged over 5 percent. In the years since it has been half that.

“Recent economic data do not provide evidence that this long-term decline is likely to reverse anytime soon,” Rubio writes.

He contends the Tax Cuts and Jobs Act of 2017 will encourage more investment. He supported the measure in the Senate, though at the time, he criticized lawmakers not also expanding the Child Tax Credit.

“Tonight we passed a tax reform that is very good,” he said in a 2017 statement. “But we missed the opportunity to pass pro-worker reforms that would have made it even better.”

Now, he suggests American CEOs must to do more to prove their savings from tax cuts will result in domestic investment.

“President Trump’s White House, together with Congressional Republicans, declared in 2017 that one of the four key principles for tax reform should be to ‘bring back trillions of dollars that are currently kept offshore to reinvest in the American economy,’ and argued that proposed business tax cuts would promote ‘greater investment in American manufacturing.’”

Florida suffered heavily from the housing and lending crisis that prefaced the Great Recession. Economic angst at the time arguably led to the Tea Party movement and Rubio’s own rise to Senator in 2010.

Nearly a decade later, the Senator still wants to scrutinize what shifted in the U.S. economy and led to economic collapse.

“Around the turn of the 21st century, non-financial corporate business joined the rest of the private sector in the position of net lending. At nearly the same time, in the run-up to the mortgage debt-driven global financial crisis of 2008, the household sector became a net borrower for the first time on record,” he notes.

“The flow of funds between households and businesses temporarily reversed, while the net lending position of financial institutions increased.”

Along the way, the U.S. economy morphed in significant ways suddenly more focused on company finances than on productivity.

Provocatively, Rubio then calls into question “Shareholder Primacy Theory,” the basic Wall Street principle that corporations’ first duty must be to enriching shareholders.

It has been the prevailing thought since the 1970s, but Rubio blasts the belief more as an ideology than anything resembling economic science.

“Productive business firms are valuable to the U.S. to an extent far beyond their net present value to shareholders,” the Senator writes.

“Working properly, they are the centers of economic output upon which functioning markets depend, steady and constant workplaces for the American people, and the holders of tremendous institutional knowledge.”

First, it put a focus on short-term returns.

Second, it undervalued investment in innovation.

Lastly, it greatly diminished the perceived value of workers and the risk they take in creating products.

That all raises the question, how do you fix these problems?

The misallocation of productive resources, Rubio argues, comes because there’s little incentive to do otherwise.

“The poor incentives created by such misalignment reveals a flawed set of economic priorities, and suggests a political opportunity to change them,” he writes.

Many nation-states like China and Japan have grown into economic powers by purposefully putting focus on production and innovation.

Indeed, many now-legendary companies like Microsoft started out laser-focused on output ahead of profits; that company reinvested all of its earnings from its founding in 1975 until 1989 and it paid out no dividends until 2003.

Rubio wants leaders to restore its historic focus on production and growth ahead of quick financial boosts.

“The proper reaction to this case should not be to seek out a new economic model by government fiat, or to allow the current disordered arrangement to continue until it is resolved by something much worse, but instead to recover what has been lost,” he writes.

Primarily, American companies must re-assert their role of a key part of the larger U.S. economy and a “necessary allocator of capital.”

“Instead of outsourcing investment decisions to financial markets based upon the false promises of rational capital decisions, or allowing paths of lesser resistance than physical investment to financial return, private businesses should be relied upon once more to be the main driver of economic development,” he writes.

“Such an emphasis would understand capital investment, not portfolio allocation, as the main mechanism upon which businesses make their mark in the economy.”